July 17, 2011
As is well known, I am an expert on practically everything. This is why I am obscenely wealthy, sought after by the major media, and am an object of desire even in my early 70s. And! I have a bridge to Brooklyn to sell you! 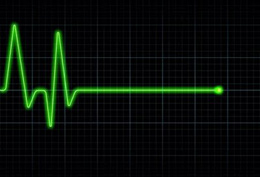 Despite my shortcomings, I can and I will share with you a bit of economic forecasting that takes no great genius to detect. The U.S. economy is going to flatline all the way through the next election in November 2012. It's going nowhere and prospects thereafter are dim as well.

Millions of Americans, including those so deluded to think that a guy who had never run a business in his life could actually run a nation, put him in the White House. Let me rephrase that. He has run a nation...right into the ground.

It doesn't matter if you think he's a Marxist, a Muslim, a narcissist, a sociopath, or any other name for his behavior, the fact is no one is going to spend a dime more than necessary until he's out of office and on a plane back to Chicago, Hawaii or Kenya as of January 2013.

Take, for example, the news on July 8th that unemployment had risen to a six-month high of 9.2%. Non-farm payrolls had risen to just 18,000 in June. Peter Ferrara, a senior fellow for Entitlement and Budget Policy at The Heartland Institute, responded to the news saying, "Since the Great Depression, recessions on average in America have lasted 10 months, with the longest previously being 16 months. Yet here we are 42 months, or 3 ½ years, after the recession started, and unemployment is still rising."

Historically, noted Ferrara, "the deeper the recession the stronger the recovery. Instead, we are suffering no real recovery at all."

If Obama and the moronic economic advisors he brought into office with him — only Treasury Secretary Geithner remains — wanted to turn the economy around all they had to do was cut tax rates, cut government spending, push for deregulation to reduce the costs of doing business, and exercise restraint with monetary policies. They did none of this. Instead, they doubled-down with a massive, failed "stimulus" program, cash for clunkers, and comparable measures.

Obama's policies are mostly oriented toward public service unions and others that have been sucking billions out of public treasuries to such an extent that they have bankrupted entire states. Their private industry counterparts have virtually destroyed industries such as the auto manufacturers.

Then, too, there's the regime's preference to buy votes from the least productive elements of the population. On July 12th, the U.S. Department of Housing and Urban Development announced that it had awarded "more than $1.9 billion to public housing authorities in all 50 states, the District of Columbia, Guam, Puerto Rice, and the U.S. Virgin islands."

The money is allegedly intended to "build, repair, renovate, and/or modernize the public housing in their communities," but Secretary Shaun Donovan asserted that "Housing Authorities need nearly $26 billion to keep these homes safe and decent for families, but given our budget realities, we must find other, innovative ways to confront the decline of our public housing stock." Yeah, sure, but can we even afford the $1.9 billion being shelled out? No. It has to be borrowed just like 40 cents of every dollar the government spends.

The reality is that this government keeps shelling out billions at a time when the big debate is whether to raise the debt ceiling!

The U.S. government is leaking billions. Just watch C-Span on any given evening as the Senators and Representatives discuss and vote on the expenditure of millions for everything short of another trip to the moon. It's like watching drunks ordering a new round of drinks for everyone in the bar.

The GOP is not going to allow the U.S. to default on our debts. There is sufficient revenue coming into the government to avoid that. The debt ceiling will be raised.

So long as President Obama keeps blathering about corporate jets, millionaires and billionaires, and all the usual efforts to blame "the rich" (now considered to be anyone earning $200,000 a year), those who generate jobs are going to keep as much of their earnings as possible and, for businesses, that means hiring as few people as possible.

There will be no chance of job growth until Obama is gone, but overall the U.S. is losing jobs by the thousands as industry moves manufacturing overseas. Since 2001 the U.S. has lost approximately 43,000 factories. Why? Lower corporate taxes, less regulatory drag.

Look at any statistical chart about the U.S. economy today and these ugly truths leap out at you.