September 11, 2011
I have been predicting the death of the global warming theory since late in the last decade when it became obvious that the Earth had entered into a cooling cycle. By 2009 the leak of thousands of emails between the "scientists" whose computer models the claims were based upon revealed they were in a state of panic regarding this obvious phenomenon. 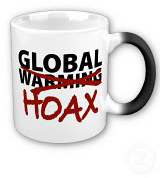 Employed by the United Nations Intergovernmental Panel on Global Warming (IPCC), those "scientists" have since been protected by the universities who benefited greatly from the huge grants of public funding they received. The issue of whether such men should be prosecuted for deceiving the entire world remains to be decided.

The lead player, Dr. James Hansen, still on the payroll of NASA's Goddard Institute for Space Studies, is the man who told Congress in 1988 that global warming threatened mankind and the Earth. He has since switched to lying about coal and oil, two of the fossil fuels on which the economies of all nations depend, claiming they are deadly pollutants that must be abandoned in favor of "clean energy," wind and solar.

Former Vice President Al Gore, the most public face of "global warming," has become a public joke. Recall, however, that he received a Nobel Prize and an Oscar in additions to the millions earned from the sale of "carbon credits" to offset "greenhouse gases." Some exchanges devoted to these credits have closed their doors. The proposed Cap-and-Trade legislation based on them lingers in Congress.

Occam's Razor is the ancient principle that the simplest explanation is the most likely the correct one, but billions in public funding, taxpayer's dollars, have been diverted to the "research" that corrupt scientists have used to justify the global warming fraud.

MIT Professor, Dr. Richard Lindzen, an internationally recognized authority on atmospheric science, said, "Future generations will wonder in bemused amazement that the early 21st century's developed world went into hysterical panic over a globally averaged temperature increase of a few tenths of a degree, and, on the basis of gross exaggerations of highly uncertain computer projections combined into implausible chains of inference, proceeded to contemplate a roll-back of the industrial age."

We owe a huge debt of gratitude to those courageous scientists that stood their ground against the global warming fraud. Recently the Heartland Institute, in concert with the Center for the Study of Carbon Dioxide and Global Change, and the Science and Environmental Policy Project, published "Climate Change Reconsidered: 2011 Interim Report." It is 430 pages co-authored by Dr. Craig D. Idso, Dr. Robert M. Carter, and Dr. S. Fred Singer, all of whom have been among the scientists repeatedly slandered as "global warming deniers" and "skeptics" for their efforts to educate the public.

The report, in careful documented, scientific language identifies the way the warmist's computer models over-estimated the amount of warming, ignored the fact that increased carbon dioxide benefits plant growth, that there is less melting in the Arctic, Antarctic and on mountain tops than claimed, and that there is no sign of acceleration of sea-level rise in recent decades.

A recent Rasmussen survey indicates that upwards of 60% of Americans have concluded that humans have nothing to do with "global warming" or any other aspect of the climate. This is extraordinary when one considers how the mainstream media, the curriculums in the nation's schools, and the unceasing efforts of major environmental organizations have tried to impose the global warming claims on the public.

In a similar fashion, "The Other Climate Theory" by Anne Jolis, an editorial page writer for The Wall Street Journal Europe, describes how a project of the European Organization for Nuclear Research (CERN) has put what may well be the final nail in the global warming coffin. The work of physicists using particle beam technology, CERN confirmed that the Sun's cosmic rays enhanced cloud formation. The IPCC's 2007 report had peremptorily dismissed this possibility, but then the IPCC's reports have been the basis for the global warming fraud, asserting a "consensus" among scientists that never existed.

Thus the scientific method of describing a phenomenon, formulating a hypothesis to explain it, and performing tests to confirm or reject a hypothesis, has once again demonstrated that "global warming" is just so much hot air.

This is not stopped the Environmental Protection Agency from doing everything in its power to destroy the energy sector of the nation based in part on the global warming fraud.

Universities across America have entire departments and units devoted to keeping the global warming fraud alive. The mainstream press is heavily invested in it. Schools continue to frighten children with its claims. All this and other efforts will fail because science — real science — does not support it.