Alan Caruba
The world is having a nervous breakdown

September 28, 2011
If one has been in the habit of reading history then the events of the past and of the present inform each other. For this reason, it occurred to me that the world is once again having a nervous breakdown. 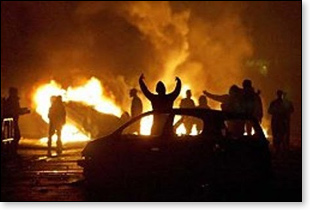 It's not just about money, though surely the nations of Europe along with the U.S. have spent themselves into the poorhouse in ways that defy the imagination. If it weren't so serious, it would be comical to see the desperation that has led our Federal Reserve to print money backed by nothing and to watch the central bankers of Europe move gobs of euros around between the new mother church, Germany, and the banks of Greece, Spain, Ireland, and Italy so that they can pay their bills.

They're all broke. We have individual States that have a higher GDP than Greece that have balanced their budgets. Those are usually the States whose constitutions require they balance their budget. The rest are run by governors torn between taking the federal largess intended to deprive them of more sovereignty and hoping that the next natural disaster hits the State above or below them instead.

Few arrive at a nervous breakdown overnight. It takes time and a variety of bad decisions or bad luck or both. After blaming George W. Bush and Republicans for his problems, Obama has taken to blaming bad luck. Does he even know that people have concluded the economy is now officially and completely his fault? 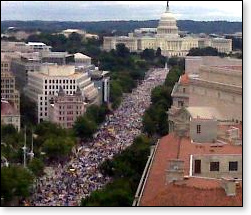 When he proposed Obamacare, a million Americans showed up in Washington, D.C. to tell them not to do it. He should have listened to them. Now we call them the Tea Party.

Obama cannot explain away having increased government spending by 50% between 2008 and 2010 while calling for higher taxes on everyone at the same time there are an estimated 14 million Americans out of work, stopped looking for work, or can't get a job because Obamacare has so screwed up the near future that businesses are reluctant to hire anyone.

The 2008 financial crisis was 100% a government creation dating back to the establishment of Fannie Mae in 1938 to purchase mortgages from banks in order to encourage more lending, more home building, more home ownership. It seemed like a good idea at the time, but it ignored the timeless role of greed in banking.

Rule Number One: Almost everything the government touches, it ruins in some fashion. At the very least, it increases its cost of operation.

Rule Number Two: The government's primary function is the defense of the nation against attack. As Ronald Reagan said, "Nobody ever started a war with us because we were too strong."

Rule Number Three: Government exists due to its ability to tax and spend other people's money. Spending always needs to be restrained.

Rule Number Four. Government will always produce more laws and regulations than are needed. It should be restrained. (See the U.S. Constitution).

Globally, we are just emerging from a bout of total insanity called "global warming." This was a theory that said that something that represented 0.038% of the Earth's atmosphere was trapping all the heat and would kill us unless massively reduced. That "something" is carbon dioxide, a gas on which — along with oxygen — all life depends. It is plant food; the less carbon dioxide, the less vegetation. Herbivores eat vegetation and carnivores eat herbivores. Humans, being omnivores, eat both.

The other craziness afflicting the planet is "radical" Islam. The truth is that it has been just plain old Islam for about 1400 years. There are a billion Muslims, most located in the Middle East, Africa, India, and Indonesia. Wherever they are, their non-Muslim neighbors cordially hate them because Islam teaches that all other religions are false and that those who believe them — infidels — can be killed for not being Muslims. The strange part of this is, depending on whether you're a Shiite or Sunni, it is perfectly okay to kill other Muslims, too. Christianity went through this during the Reformation, 1517 to 1648.

When I was a child, the world went crazy and held a great big war. It involved Germany, Japan, and Italy as the "Axis" powers and just about everyone else did their best to destroy their military in every way possible. The Axis was defeated first and then, still holding out, the Empire of Japan had not one, but two, atomic bombs dropped on them before they quit.

World War Two was the direct result of Europe's World War One. The surrender terms were so awful the Germans embraced a lunatic called Hitler and the Italians fell in love with Mussolini.

The Soviet Union came out of World War One when the Germans permitted Vladimir Lenin, a Communist, into Russia. He started a revolution and the Russians swapped a czar for a new dictator. Stalin took over from Lenin, but because communism has never worked anywhere it was tried, the Soviet Union eventually fell apart in 1991. Now a republic, the new dictator is named Vladimir Putin.

As the French say, "Plus les choses changent, ils plus elles restent les memes." The more things change, they more they stay the same.

The world is having a nervous breakdown because institutions, religions, and political ideologies are having difficulty adjusting to the migration and growth of populations. Modern communications technologies are playing a role as well.

The chimera haunting everyone is the military capacity to inflict massive devastation and death has increased beyond the confidence of governments and people that it can be controlled without having to kill a lot of people, i.e., Iranians, in the process..

Capitalism, despite an abundance of communism still around, has triumphed, but like any system, has been subjected to a great deal of abuse, rocking the economies of the U.S., Europe, and making most other nations nervous, too.

And, finally, there are six-going-on-seven billion people on a planet that is probably not intended to have that many. It puts intense strain on everything from water to food to the sources of energy that fuel modern and developing nations.

So everyone's on edge. Nations and continents are on edge. The world is having a nervous breakdown.