October 31, 2011
America has been under attack since Barack Obama took the oath of office on January 20, 2009. The primary target has been the nation's ability to generate energy for electricity and transportation, without which this nation will slide into Third World status and economic decline.

This appears to be the goal of this administration from the President to his Secretaries of Energy and Interior, to his Director of the Environmental Protection Agency. There is no other rational explanation for what they are doing.

We are days away from the latest Environmental Protection Agency assault in the form of the "MACT" rule allegedly to reduce mercury and other emissions that the Federal Energy Regulatory Commission says will reduce electricity generation in America by about 81 gigawatts in the years ahead. A recent Wall Street Journal editorial said "this could compromise the reliability of the electric system if as much as 8% of generating capacity is subtracted from the grid."

The Wall Street Journal reports that eleven Governors have written the EPA to ask that it delay the final rule in November. Twenty-five state Attorneys Generals have filed suit "to lift a legal document known as a consent decree that the EPA is using as a fig leaf for its political goals."

As but one example, in Illinois, Ameron announced the planned shutdown of its Meredosia and Hutsonville energy centers, The Meredosia center generates 369 megawatts. The Hutsonville center has a generating capacity of 151 megawatts.

The EPA, even before the Obama administration, has been using the 1970 Clean Air Act to bludgeon the nation's ability to access the energy resources required to generate electricity, primarily coal that provides 50% of such generation, and oil that fuels our transportation capability.

In late October, James J. Mulva, the CEO of Conoco-Phillips, addressed the subject of the growing discoveries of natural gas being found throughout the nation. "More than 600,000 Americans already explore, produce, store and produce natural gas, according to consultancy IHS Global Insight."

At least 15 states now produce shale gas and others may join them," noting that the largest shale area, the Marcellus which covers much of the Northeast" "already supports 140,000 jobs in Pennsylvania alone."

The Obama administration, beginning with the president's admitted goal of shutting down as much of the coal industry as possible, has demonstrated his intention of deterring the provision of energy. When the BP Oil rig exploded in the Gulf of Mexico, the administration imposed a moratorium on all drilling. The decreased production cost 360,000 barrels a day in addition to lost jobs related to oil drilling in the Gulf. Rigs that are needed to drill have since been moved to other sites around the world.

The U.S. is home to more than 150 billion barrels of conventional oil that has the capability of generating thousands of new jobs if access to it was permitted. The most immediate result has been the rise in the cost of gasoline at the pump. Two courts ordered that the moratorium be lifted.

Oil companies currently pay more than $30 billion a year in federal, state, and local taxes. Meanwhile the Obama administration has been wasting billions in loan guarantees to essentially useless solar and wind power companies, the latest of which, Solyandra, will cost taxpayers millions when the solar panel producer went belly-up. Others will follow.

Meanwhile, the President crisscrosses the nations demanding higher taxes on companies engaged in coal, oil and natural gas. When Jimmy Carter imposed a windfall tax on oil companies many ceased to explore for new sources here, moving their efforts to other nations. Today, by withholding the necessary permits to produce energy in Alaska, the Trans Alaska Pipeline System is operating at one third of its capacity.

A proposed pipeline from Canada still awaits approval and, on November 6th, led by the Sierra Club, the largest protest against its tar sands is expected to draw thousands to Washington, D.C. to join hands and circle the White House to ensure the Keystone XL pipeline is kept from providing the U.S. with the oil extracted. The proposed pipeline would reduce the U.S. dependence on Middle East oil. The U.S. already has more than 50,000 safely operating oil pipelines to support our transportation and other needs.

In January 2010, Thomas J. Pyle, president of the Institute for Energy Research, warned that the Obama administration "continues to embrace Washington-dominated, command-and-control energy policies focused on mandates, subsidies, and political favors — not market forces." He criticized "subsidizing one form of energy," wind and solar, "while restricting the exploration of another," warning that it "will lead to several measurable outcomes, increasing energy prices across the board, fewer jobs, and a weaker footing in the global economy.."

Nearly two years later, that warning has come true with a vengeance.

Oil, coal, or natural gas, it doesn't matter to an administration and a president determined to restrict the amount of energy Americans need for their present and future needs. The result, in part, has been a stalled energy sector and a contributing factor in an economy with an estimated 20 million unemployed or under-employed.

The losses in income taxes and the taxes paid by this industry sector, in addition to the hideous borrowing and spending by the Obama administration is doing enormous harm to America and yet Barack Obama wants a second term in office.

Little wonder that Americans fear for the future of the nation. 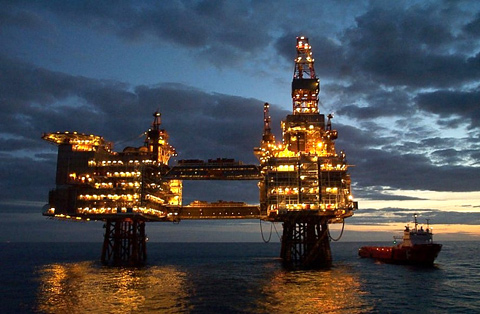