December 11, 2011
In his extraordinary book, "Dupes: How America's Adversaries Have Manipulated Progressives for a Century," the historian, Dr. Paul Kengor, stated in his introduction that "We now know that American Communists and their masters in Moscow were acutely aware that they could never gain the popular support they needed to enlist the support of a much wider coalition that could help them push their private agenda." 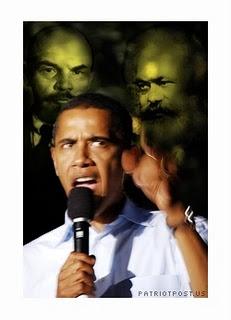 Most threatening, however, was Dr. Kengor's discovery that "it was nothing short of stunning to research this book during the presidential bid of Barack Obama and hear so many of the names in my research surface repeatedly in the background of the man who became president of the United States of America. The way in which so many names and themes from the Cold War past aligned and made their way into Obama's orbit was chilling."

Obama's December 8th speech in Osawatomie, Kansas revealed to anyone paying any attention that the President is a Communist. Speaking of the nation's economic system that has created the greatest wealth for the most people anywhere, Capitalism, Obama said, "It doesn't work. It has never worked."

No one would argue that capitalism is "fair," nor would they argue that life is "fair." These are things that never were and never will be, but Obama's reelection campaign theme will be that Americans are suffering because of Capitalism, because of a lack of fairness.

In a December 8 Washington Times commentary, Jeffrey T. Kuhner wrote, "There is only one problem with the White House's narrative: It's completely false. Mr. Obama is not a defender of the middle class but has been its mortal enemy. His policies have impoverished working-and-middle-class Americans."

Other than the utterly brain-dead liberals for whom facts are meaningless, most Americans understand, as Kuhner pointed out, "His massive stimulus failed to restore economic recovery...his trillion-dollar deficits and skyrocketing debt have mortgaged the future of our children...Obamacare suffocates businesses, stifles job creation, and adds another unsustainable entitlement. It is creeping socialized medicine, which is wrecking the world's finest health care system."

Rush Limbaugh denounced the speech as "alien to American ideals and principles...your vision for this country is not rooted in any — not one — American tradition."

Obama's history, what is known of it given his extensive efforts to hide the facts that are usually available about a candidate or president, is testimony to the fact that he is a Communist and the only reason this remains clouded to many Americans has been the shameful failure of the Fourth Estate, the liberal mainstream media, to expose it.

He remains in office due to the failure of both the media and the Republican Party to cite the U.S. Constitution's prohibition against anyone holding the office who is not a "native-born" American. Obama's father was a Kenyan, a subject of Great Britain. He should not have been on the Democratic Party ballot and he should not be in the Oval Office as this is written.

Many of the known facts about Obama were published in Dr. Jerome Corsi's 2008 book, "The Obama Nation: Leftist Politics and the Cult of Personality." Thirty-five pages of footnotes citing the documentation of the facts cited were there for anyone to read. Obama was born into a family of Leftists. As a youngster he was mentored by Frank Marshal Davis, a member of the Communist Party USA.

Of his early college years, Obama said in his memoir that at Occidental, "To avoid being mistaken for a sellout, I chose my friends carefully. The more politically active black students. The foreign students. The Chicanos. The Marxist professors and structural feminists and punk-rock performance poets."

Obama's political career began with a fund-raiser in the living room of two dedicated, self-identified Communists, Bill Ayers and Bernadine Dohrn. As Dr. Corsi pointed out, "The problem is that Obama sought out his relationships with the Alinski organization, the Ayers-Dohrn radicals, the scandal-ridden (Antoin 'Tony') Rezko, Reverand (Jeremiah) Wright and black-liberation theology, and Farrakhan and the Black Muslims. At the time he wanted these ties." In the course of his 2008 campaign he rejected all efforts to tie him to these individuals.

The appointment of the many "czars" to oversee and guide the actions of government departments and agencies became the subject, first of ridicule, followed by the realization he was infiltrating the government with known radicals of different stripes. The one that quickly gained attention was Van Jones, an avowed Communist. When that became known, Jones resigned.

The Osawatomie speech was classic Obama. In the past he has sought to align himself with former presidents and this time around it was Theodore Roosevelt, a progressive. As Americans have sought to peel away the many layers of deceit surrounding Obama, the single abiding factor in his life is Communism. The views he expressed were a combination of class warfare and an attack on Capitalism.

In 2008 Americans, reeling from the financial crisis that all too conveniently began in the final months of the Bush43 presidency, were duped into believing that a man with nothing more than a message of "hope and change" was a messiah that would lead the nation out of its problems. Obama was and is the first Communist President of the United States of America. We have a President who rails against "millionaires and billionaires," corporations, Wall Street, and all other aspects of our Capitalist economy.

We have a President and a Democratic Party that have tipped their hat to the Occupy Wall Street radicals.

We have a President and a Democratic Party totally aligned with the unions in America, some of which put the auto industry in jeopardy, others in the public sector that have plundered state treasuries with sweetheart deals for pensions and health plans, and who we have seen thuggishly oppose the restructuring of collective bargaining. It is why a close ally of Obama, Andy Stern, the former president of the Service Employees International Union (SIEU), praised the Chinese Communist economic model in a December 1 Wall Street Journal article.

And we now have a President who says Capitalism "doesn't work" and "It has never worked." That is utterly absurd, but it reveals his ideology and his goal of fomenting a Communist revolution in America by bankrupting the nation to achieve it.

Obama is a horrid aberration, the result of a combination of the Democratic Party, the liberal media, and the education community to dumb down Americans and make them ready for the Communist America that Obama advocates.

Communism did not die with the collapse of the Soviet Union. It is alive and well in Russia, China, Cuba, Vietnam and in Venezuela. The soft form, Socialism, has brought a number of European nations to ruin and threatens the U.S.

In 2010 Americans returned power in the House of Representatives to the Republican Party. We must finish the job in the Senate and in the White House in 2012. If we do not, the America we love will perish.