March 7, 2012
On the 14th day of the Hebrew month of Adar (a lunar calendar), Jews around the world will celebrate Purim. This year it begins at sunset on Wednesday, March 7 and concludes the following day. If I was an Iranian ayatollah, I would be worried. 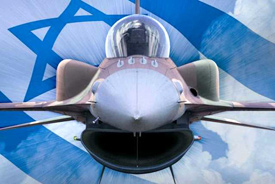 Like Passover that celebrates the liberation of Jews, their exodus from Egypt in the days of the pharaoh, Purim celebrates a victory over the evil prime minister of the Persian empire ruled by King Ahasuerus. Haman was the archetype anti-Semite and, as the story of Esther relates, he was angered by the refusal of Mordechai, the leader of the Jews, to bow to him. Haman convinced the king to issue a decree for the extermination of all the Jews on 13 Adar.

At various points in Jewish history, leaders, prophets, and fate — some would call it God's intervention — have occurred to protect Jews from those who hate them and seek their destruction. In the case of Purim, it happened that the king had ordered the death of his wife, Vashti, who had failed to follow his orders. He held a beauty contest to find a new bride and Esther was chosen. She soon found favor with him, but she had prudently not revealed that she was Jewish.

When the Jews faced extermination, however, she invited the king and Haman to join her for a feast where she revealed she was Jewish to save her people. Haman was hanged and Mordechai was appointed the prime minister in his stead. A new decree was issued, granting the Jews the right to defend themselves and, on the 13th of Adar, they dispatched many of their enemies. On the 14th, they rested and celebrated.

Among Jews is a joke, a lighthearted parody of grace before dining that goes "They tried to kill us. They didn't. We won. Let's eat."

Given the events of this week as the President spoke to the convention of the American Israel Public Affairs Committee (AIPAC), followed by Israeli Prime Minister Benjamin Netanyahu, the fate of Israel again hangs in the balance due to the repeated threats of annihilation by the Iranian regime and the prospect of their acquiring nuclear weapons. Both leaders stressed their opposition to this. Both stressed it was not just a threat to Israel, but to the entire world.

The ayatollahs would be wise to read the "Megillah," the scroll of Esther, an integral part of the celebration of Purim. Reportedly, Netanyahu give Obama a copy when they met to discuss the Iranian threat.

In a Wall Street Journal commentary, "The 'Jewish' President," columnist Bret Stephens cast great doubt over Barack Hussein Obama's trustworthiness. "Here is a president who fought tooth-and-nail against the very sanctions on Iran for which he now seeks to reap political credit. He inherited from the Bush administration the security assistance to Israel he now advertises as proof of his 'unprecedented' commitment to the Jewish state."

"His defense secretary has repeatedly cast doubt on the efficacy of a U.S. military option against Iran even as the president insists it remains 'on the table.' His top national security advisers keep warning Israel not to attack Iran even as he claims not to presume to tell (Israeli leaders) what is best for them."

Stephens cites a book by Peter Beinart, due out next month, called "The Crisis of Zionism." Chapter five is titled "The Jewish President." Beinart points out that Obama's views about Israel have been shaped by his friends Rashid Khalidi and former pastor, Jeremiah Wright. Beinart warns that Obama's views were shaped as well by "a coterie of far-left Chicago Jews who 'bred in Obama a specific, and subversive, vision of American Jewish identity and of the Jewish state.'"

"...But the important question here isn't about American-Jewish attitudes toward Israel," concludes Stephens, "It's about the president's honesty...On the evidence of Mr. Beinart's sympathetic book, Mr. Obama's speech at AIPAC was one long exercise of political cynicism."

If a March 5 Debka File report is accurate, then the President has "decided to let Israel have weapons systems suitable for long-range military operations and strikes against fortified underground targets. They include four KC-35 aerial refueling aircraft, doubling the number already in the Israeli Air Force's inventory, and GBU-31 Direct Attack Munition-JDAM bombs of the type which serve U.S. bombers, especially those based on aircraft carriers."

So we are left to sort through the text of AIPAC speeches and other scraps of information to determine the future. The Debka File report appears to signal a change of attitude toward Iran after three years of fruitless and humiliating efforts to open negotiations with that nation.

After three years, Obama has had a challenging learning curve to disabuse him of his beliefs regarding Islam and the Middle East. He entered the White House with some serious reservations about Israel that have been reflected in his prior behavior toward the Jewish state.

His administration has committed as many, if not more, grave errors of political correctness regarding the Islamic war on the West than Carter's or Clinton's. The Obama administration made it known that there would no longer be any reference to the global war on terror, substituting "overseas contingency operations" in its stead. The brutal Fort Hood attack was not labeled an Islamic massacre but rather "workplace violence."

Obama has learned that pretending that Islamo-fascists either don't exist or don't mean what they say does not solve the problem. To his credit, he authorized the killing of bin Laden and the drone attack on al Qaeda's Anwar Awlaki, the mentor to the Fort Hood killer.

The leading supporter of terrorism, however, remains Iran, formerly known as Persia.

For Jewish and Christian Americans the greatest delusion about the Islamic war for world domination is the self-delusion that it is not really happening. As they celebrate Purim 2012, the Israelis harbor no such thoughts.