April 6, 2012
In the "glory years" of the global warming hoax, you had Al Gore picking up Oscars and Nobel Prizes (shared with the UN's Intergovernmental Panel on Climate Change) and government employees like James Hansen of NASA's Goddard Institute for Space Studies were picking up wads of cash as awards, speech fees, and grants. 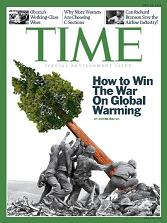 The folks who conjured up the computer models featured in the Intergovernmental Panel on Climate Change (IPCC) reports also did quite well for themselves, along with all the others who climbed on the gravy train of global warming grants.

And then in 1998 a cooling cycle set in. It was hard to hide because the weather satellite data was indisputable, but try to hide it they did. Even then, however, there was a handful of outspoken meteorologists and climatologists who were trying hard to get out the message that the perfectly natural warming cycle was over and had been replaced, thanks to — guess what? — a lower output of solar radiation by the SUN.

Still the warmists persisted, infiltrating school systems to frighten children, brainwashing students in colleges, and coercing the public through apocalyptic books, through magazine and newspaper articles, and on television and the Internet.

In 2009, the release of a huge cache of emails between the IPCC global warming perpetrators instantly became known as "Climategate" as the world learned that it was all a scam, a hoax, a fraud based on deliberately falsified computer models, and force fed to the public.

The desperation of the warmists was palpable.

In 2006, Grist, an eco-magazine, called for Nurenberg-style trials for skeptics. By 2007, Robert F. Kennedy, Jr. had called any doubts about global warming treason. "This is treason. And we need to start treating them as traitors." Two years later in 2009, Kennedy called coal companies "criminal enterprises," declaring that their CEO's "should be in jail...for all of eternity." In 2008 NASA's Hansen was calling for trials of climate skeptics for "high crimes against humanity."

Didn't like the warmist's bogus science? A former member of the Clinton administration, Joe Romm, defended a comment on his Climate Progress website that warned that a generation of brain-washed youth would see to it that skeptics would "be strangled in their beds."

Today, another Clinton appointee, Carol Browner, former Environmental Protection Agency administrator is one of Obama's "czars" and the unseen specter whispering in the ear of Lisa Jackson, the current EPA administrator. She is joined by John Holden, an Obama science advisor, and Secretary of Energy, Steven Chu. 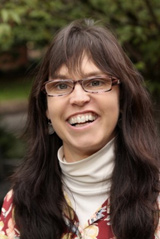 If threats of jail and murder couldn't shut up the skeptics, then Professor Kari Marie Norgaard, speaking at a warmist confab, "Planet Under Pressure," put forth the notion that any science-based skepticism — based on actual, not fictional data — should be "recognized and treated" as some sort of aberrant behavior.

Doubt global warming? Well, you must be nuts!

Norgaard is a professor of sociology and environmental studies at the University of Oregon. As she put it, "Climate change poses a massive threat to our present social, economic and political order. From a sociological perspective, resistance to change is to be expected. People are individually and collectively habituated to the ways we act and think. That habituation must be recognized and simultaneously addressed at the individual, cultural and societal level — how we think the world works and how we think it should work."

"Should work"? The Earth — the oceans, the clouds, and its entire eco-system — doesn't give a rat's patoot about how warmists and other weather crazies think it "should work." All that intellectual claptrap adds up to a totalitarian belief that people who disagree with global warming should be jailed or killed.

And in true totalitarian fashion reminiscent of the Stalin era when people simply disappeared from public records and reports, on April 2nd Norgaard's bio for Whitman College could no longer to be found on the its website. True to the eco-fascist approach, she had become a liability, a non-person for having revealed their plans for humanity.

Regular people who actually do something useful with their lives know that intellectuals like Norgaard hold them in utter contempt, but it is those who profess belief in global warming that should be regarded with grave and serious suspicion.

Those who use global warming, i.e., the assertion that carbon dioxide emissions should be restricted and controlled, are the true enemies of progress, of freedom, and of humanity.

In the twentieth century intellectuals foisted Communism on the world, thus ensuring that millions of Russians, Chinese, Cambodians and others would be killed for their dissent. Intellectuals are always the first to embrace every dictator and to excuse their methods.

The warmists are increasingly desperate as their dreams of global domination are falling apart.

In Europe and here in America all their schemes to replace the real production of electricity with solar panels and wind turbines are being rejected. Their plans for herding populations into cities and onto mass transit meet with resistance. Parents are objecting to their eco-curricula in schools. Al Gore has become a joke.

Consider this, if they were in charge, anyone who voiced dissent from their global warming-climate change lies would be in concentration camps, undergoing "re-education," being "treated" with mind-altering drugs, or dead.