October 21, 2012
The nations of the Middle East have been steadily forcing out Christian Arabs that have lived there for centuries, often in the most brutal fashion. This is the hallmark of Islam that has no tolerance for any other religion. Islam is a cult that has been at war with all religions, using terror, intimidation, and deception to achieve its goal. 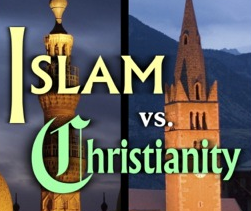 The process has a long history. A recent Wall Street Journal commentary, "When the Arab Jews Fled," tells a story rarely told; the story of how an estimated 850,000 Jews living in Arab nations, many of whose families had lived in Middle Eastern nations for centuries, were forced to leave. What happened to them after Israel declared its sovereignty in 1948 is now occurring again, but for Christians in the wake of the so-called Arab Spring, the ascendency of the Muslim Brotherhood, and the militancy of al Qaeda and the Taliban.

Cynically, Arab nations have pointed to the Palestinians as an example of people made refugees by the creation of Israel but, generally unknown to most Americans and others has been the role of the United Nations in maintaining the myth of refugees via its Relief and Works Agency (UNRWA), established to aid Palestinians in the wake of the 1948 war on Israel.

As Middle East experts, Steven J. Rosen and Daniel Pipes, pointed out in a Jerusalem Post article on July 10, 2012, "UNRWA's most consequential problem is its mission. Over 63 years, it has become an agency that perpetuates the refugee problem rather than contributing to its resolution.

URNWA does not work to settle refugees; instead by registering each day ever more grandchildren and great-grandchildren who have never been displaced from their homes or employment, artificially adding them to the tally of 'refugees.' It adds to the number of refugees said to be aggrieved by Israel. By now, those descendants comprise over 90 percent of UNRWA refugees."

This presupposes that there is or ever was a state of "Palestine," but that is a name given the region by the Roman Emperor Hadrian to replace the name of Israel. It was unsuccessful but centuries later was incorporated into the Palestinian Mandate given England to administer following WWI. In point of fact, Palestine was never a state, has no borders, has no capitol city, has no currency, and was declared by Yassir Arafat as a means to wage war on Israel. Today, this so-called state is divided into two separate entities; the Palestinian Authority in the West Bank and Hamas in Gaza. They cordially hate one another.

After 1948, the Wall Street Journal article noted, "Jews began fleeing — to Israel, of course, but also to France, England, Canada, Brazil, Australia, New Zealand, and the U.S." Yemen had been home to more than 55,000 Jews' in Aden, (where) scores were killed in a vicious program in 1947. An airlift dubbed 'Operation Magic Carpet' relocated most Yemenite Jews to Israel. In Libya, once home to 38,000 Jews, the community was subjected to many brutal attacks over the years."

"In the late 1950s and early 1960s, Jews continued to pour out of the Muslim countries. The Six-Day War of June 1967 brought some of the most violent anti-Jewish eruptions.

UNRWA, however, was only concerned with the so-called Palestinian Arabs. "The number of UNRWA refugees has steadily grown since 1949, from 750,000 to almost five million. At this rate," wrote Rosen and Pipes, "UNRWA refugees will exceed 8 million by 2030 and 20 million by 2060." This is, of course, absurd. The "Palestinians" are now the world's oldest "refugee" population.

In addition to the obstinence of UNRWA, its existence has been an obstruction to a resolution of the conflict between the "Palestinians" and Israel. This is a violation of the UN Refugee Convention. In a January 16, 2012 article by Anne Bayefsky in The Jerusalem Post, noted that "Years of UN-driven anti-Semitism have clearly deadened the nerve-endings of democracies..."

The UN General Assembly has annually sponsored a Day of Solidarity with the Palestinian People, followed by the usual anti-Israel agenda items.

"By the end of a year of double-standards, discrimination and hate-mongering eighty percent of all 2010 General Assembly resolutions criticizing specific countries for human rights violations were directed at the Jewish state alone. Only six of the remaining 191 UN member states face human rights criticism at all, one of which was the United States." The United States!

Will the UN declare its solidarity with the Arab Christians now under siege throughout the Middle East and across northern Africa? Don't count on it.

The world, worried about the spread of war in the Middle East as the result of the Syrian conflict, is not paying much attention to the plight of the millions of Arab Christians being driven from their homes. It is a tragedy of immense proportions and it is one that is entirely the result of the inherent hatred by Islam for all other faiths.