December 20, 2012
America and the rest of the world are in a confluence of events that are causing widespread anxiety and fear. The Connecticut massacre is just one, isolated example.

It is being reported that the killer's mother was as mentally unstable as her son. A report in the British daily, the Mail, said "Friends and family portrayed Adam Lanza's mother Nancy as a paranoid 'survivalist' who believed the world was on the verge of violent, economic collapse" who had been "stockpiling food, water, and guns in the large home she shared with her 20-year-old son in Connecticut." 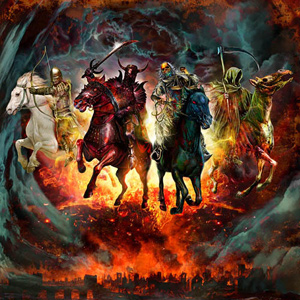 Why Adam Lanza decided to kill children and staff will never be known, but it fits into a larger picture of the widespread fears surging over the planet like winds of doom. The tens of thousands of Syrian civil war victims are too great a number to grasp, but twenty children and six teachers and staff is.

We view the world through the prism of our own life experiences and the young among us have considerably less on which to draw in terms of understanding a world that appears to be — and is — a dangerous place where our freedoms and our lives are seen to be in imminent danger.

On Friday, December 21, millions around the world will await the fulfillment of a Mayan prediction that it will come to an end. When one considers that the end came long ago for the Mayan civilization, there is some irony in this, but it is testimony to the many end-of-the-world predictions that are embedded in religions that billions adhere to and believe.

There are Bible stories such as Noah's flood preparations to avoid an angry God's decision to start over again or with the story of Armageddon. When the first atomic bomb tests were successful, Robert Oppenheimer, one of its creators reportedly said, "I have become Shiva," the god of death and the destroyer of worlds from the Hindu holy book, the Bhagavad Gita: "If the radiance of a thousand suns were to burst at once into the sky, that would be like the splendor of the mighty one." 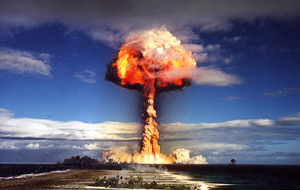 It was an apt quote because mankind has arrived at a point where nuclear weapons can kill millions. In the back of our minds, we all worry that Iran, a nation ruled by fanatical Muslims who believe that widespread death and destruction is necessary to bring about the return of a mythical Twelfth Imam and the rule of Islam over the world. These leaders regard the U.S. as "the great Satan" and Israel as the "Little Satan." Irrationality has never been a deterrent to war and, in the last century, we witnessed two world wars and many lesser ones that arose from the human instinct to conquer and kill.

It is noteworthy that the Iranians and other Muslims adamantly deny the Nazi Holocaust that systematically killed six million Jews in Europe during World War II. The resurrection of the state of Israel is one of the true miracles of modern times after the passage of two thousand years.

The prospects for avoiding a Middle East cataclysm are growing slimmer as the Obama administration has hued closely to the belief — disproven throughout history — that one can resolve such outcomes by talking to one's enemies, even those who have openly stated their wish to kill us. In a world filled with nations in the grip of despots — often elected to office — this is wishful thinking to the point of national suicide.

Then, too, since the 1980s the world has been assailed by the greatest hoax, global warming claiming the destruction of all life on Earth due to the rise of carbon dioxide (CO2) in the atmosphere. It has been rising although it remains a trace gas, barely 0.038%, but the Earth has been in a natural cooling cycle for the past sixteen years and shows no evidence of warming, nor ever could be affected by CO2 which plays no role in climate change. What does? The Sun.

Religious zealots have been joined in recent times by a new priesthood, the many scientists who have been predicting the end of mankind. In 1968, Paul Ehrlich, a biologist who worked closely with the current science advisor to the President, John Holdren, predicted that "The battle to feed all over humanity is over." He predicted that millions would die. They didn't.

The Bulletin of the Atomic scientists moved its Doomsday Clock one minute closer to midnight at the start of 2012, saying "The global community may be near a point of no return in efforts to prevent catastrophe from changes in Earth's atmosphere." Rubbish! The Earth's climate has gone through many epochs that were filled with catastrophes, including Ice Ages and magnetic reversals that brought with them mass extinctions of species.

The classic Bible story in Revelation depicts the Four Horseman, conquest, war, disease and death. Despite these, the world population quadrupled in the 20th century, given improved agricultural advances in seeds, fertilizers, pesticides, transport, and irrigation. Even so, we're told that family size continues to shrink on every continent, despite predictions that it will top out at around nine billion by 2050. But they are only predictions, much like the Mayan calendar prediction.

Lastly, for Americans, there is the prospect of debt that could render the dollar useless and yet we continue to see Congress relentlessly borrowing and spending more money than the economy can possibly sustain; $4.8 billion is borrowed every day. All good and bad things come to an end if prudence and good governance is not exercised.

All this has long been known. In 55 BC, the Roman philosopher, Marcus Tillius Cicero, said "The budget should be balanced, the Treasury should be refilled, public debt should be reduced, the arrogance of officialdom should be tempered and controlled, and the assistance to foreign lands should be curtailed lest Rome become bankrupt. People must again learn to work, instead of living on public assistance."

Finally, America is as deeply divided among its citizens as it has ever been since 1861 when it engaged in a Civil War that killed a tenth of its population. A nation this divided has little hope to sustain itself, especially when one half of the population is heavily taxed to sustain the other half that ops to live on government handouts.

A random, senseless act of violence such as occurred in Newtown, Connecticut, only exacerbates our fears. There are, however, far greater things to fear — real, not imaginary — and individually we feel helpless to avert them.