March 27, 2013
If you want to know what a carbon tax on emissions of carbon dioxide (CO2) would do to America you need only look at the destruction of industry and business in Australia, along with the soaring costs for energy use it imposes on anyone there. 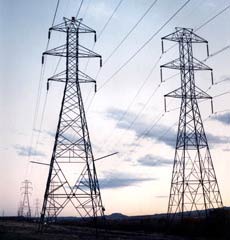 "The carbon tax is contributing to a record number of firms going to the wall with thousands of employees being laid off and companies forced to close factories that have stood for generations," Steve Lewis and Phil Jacob reported in a March 18 issue of The Daily Telegraph, a leading Australian newspaper.

"Soaring energy bills caused by the government's climate change scheme have been called 'the straw that broke the camel's back' by company executives and corporate rescue doctors who are trying to save ailing firms."

The passage of a carbon tax in America would have the exact same results and it remains a top priority for the White House and Democrats in Congress who see it as a bonanza in new funding for the government.

As Paul Driessen says in a Townhall.com commentary, "More rational analysis reveals that dreams of growth are nothing more than dangerous tax revenue hallucinations. They would bring intense pain for no climate or economic gain."

Too many Americans still believe that CO2 is causing global warming, but CO2 plays no role in climate change and is barely 0.038 percent of the Earth's atmosphere. More to the point, there is no warming and hasn't been for the last seventeen years as the Earth is in a natural cooling cycle that has prolonged the advent of spring with severe snow storms throughout the nation.

There is no scientific justification for such a tax, but those advocating it don't care about the science. They care about raising revenue for an ever-growing government to spend and waste.

Driessen points out that "Hydrocarbons (coal, oil, and natural gas) provide over 83% of all the energy that powers America. A carbon tax would put a hefty surcharge on everything we make, grow, ship, eat, and do. It would put the federal government in control of, not just one-sixth of the economy, as under Obamacare, but 100% of our economy and lives. It would make the United States increasingly less productive, less competitive globally, less able to provide opportunities for our children."

The case for a carbon tax simply doesn't exist, but there are powerful forces in Congress and the support of the White House to impose such a tax. The power of the environmental movement and its long history of lies about the climate, primarily the global warming hoax, cannot be dismissed or ignored.

In Australia, "The Australian Securities & Investments Commission reports there were 10,632 company collapses for the 12 months to March 1 – averaging 886 a month – with the number of firms being placed in administration more than 12 percent higher than during the global financial crisis." It represents "a record high...led by widespread failures in manufacturing and construction, which accounted for almost one-fifth of collapses."

Greg Evans, the chief economic economist for the Australian Chamber of Commerce and Industry, said that "It defies logic to adopt a policy which even the Treasury acknowledges will lower our standards of living and be harmful to national productivity." Adding to Australia's struggling companies, the carbon tax and one on mining were showing up as "sovereign issues" in discussions with foreign investors." Who would want to invest in Australia if these two taxes were destroying the economic strength of the nation?

Politics in Australia is no less a battleground than here in America. Australia's Prime Minister, Julia Gillard, who introduced the carbon tax, just beat back a bid by her Labor Party's dissidents to reinstall former leader Kevin Rudd who lost to her in 2010 and 2012. Much of the opposition to her comes from the harm being inflicted by the carbon and mining taxes.

Marlo Lewis is a senior fellow in energy and environmental policy at the Competitive Enterprise Institute. During the 2012 campaign, he described a carbon tax as "political poison for the Republican Party." Mitt Romney opposed it, but 'the big attraction of carbon taxes these days is not as a global warming policy but as a revenue enhancer. In both parties, deficit hawks and big spenders (often the same individuals) are flailing for ways to boost federal revenue."

That is precisely the problem afflicting a nation whose Congress and President could not find a reason to cut anything from the federal budget. The result was the "sequestration" that imposed cuts neither party could agree upon.

In a Fox News article, "Here comes Team Obama's carbon tax." Phil Kerpen, president of American Commitment and author of "Democracy Denied" reported that "The Treasury Department's Office of Environment and Energy has finally begun to turn over documents about its preparations for a carbon tax in response to transparency warrior Chris Horner's Freedom of Information Act request. The documents provide solid evidence that the Obama administration and its allies in Congress have every intention of implementing a carbon tax if we fail to stop them."

President Obama's nominee to be the next Secretary of Energy, Ernest Moniz, is on record wanting to double or triple the cost of energy, much as his predecessor wanted.

A carbon tax, if enacted, would totally undermine a nation that has a debt climbing toward $17 trillion and millions unemployed in an economy that is struggling to inch its way out of the depths of the financial crisis.

If you wanted to destroy America, you could do it with a carbon tax. Australia is reeling from the cost to its economy and the higher energy costs its people are paying. We don't want that here.