Alan Caruba
Am I a dangerous extremist? Are you?

April 10, 2013
If you should suddenly cease to find my commentaries, I will either have passed away or have been detained by agents of the Department of Homeland Security (DHS) or the Defense Department and taken to an undisclosed location for the crime of having been an "extremist" and a danger to the nation.

In April 2009, the Washington Times published an article reporting that "The Department of Homeland Security is warning law enforcement officials about a rise in 'rightwing extremist activity,' saying that the economic recession, the election of America's first black president, and the return of a few disgruntled war veterans could swell the ranks of white-power militias."

Among those targeted by DHS were "groups and individuals that are dedicated to a single-issue, such as opposition to abortion or immigration." Well, that's only a few tens of millions of Americans. Little wonder why, on April 5th, we learned that a U.S. Army Reserve presentation regarding "extremist threats within the U.S. military included Catholics and evangelicals!

These two groups represent half of all Americans and some forty percent of active duty military personnel are evangelical Christians. The Catholics and evangelicals were lumped in with "white supremacist groups, street gangs, and religious sects."

If our current leaders consider Christians a greater threat than Muslims, then they are idiots with a very dangerous agenda. 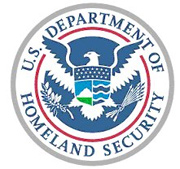 The April 2009 nine-page DHS report was titled "Rightwing Extremism: Current Economic and Political Climate Fueling Resurgence in Radicalization and Recruitment." It defined extremism "as including not just racist or hate groups, but also groups that reject federal authority in favor of state or local authority."

The last time I read the U.S. Constitution, the Tenth Amendment said that "The powers not delegated to the United States by the Constitution, nor prohibited by it to the states, are reserved to the states respectively, or to the people." The people – that's you and me.

In pre-Revolution America, a bunch of people rebelling against British taxes got together and threw a great wealth of imported tea into Boston Bay. About ten other groups in other states did the same thing. Extremists! Those men who signed the Declaration of Independence? Extremists! A few disgruntled war veterans! Extremists!

All across America today, states are passing laws to protect gun owners while others are tightening limitations on abortion. Are all those state legislators extremists, too?

Like a lot of Americans, I have begun to have serious fears about the Department of Homeland Security, particularly since neither the DHS, nor any other government agency is permitted to use words like Islamist, Jihadist, or Muslim when describing groups and individuals dedicated to attacking Americans. The murders at Fort Hood by an Islamic extremist, U.S. Major Nidal Hasan, are still officially described as "workplace violence" and those who survived the attack have been denied Purple Hearts. Apparently no one among his fellow officers noticed when he showed up in the PX wearing Arab-style clothing.

You can visit the DHS website and read "Countering Violent Extremism" which says that "Groups and individuals inspired by a range of religious, political, or other ideological beliefs have promoted and used violence against the homeland." Most have been Muslims. I am still trying to find examples of attacks on the homeland by Republicans, veterans, evangelicals, or for that matter the pitiful remnants of the Ku Klux Klan.

DHS Secretary Janet Napolitano had to issue an apology for the April 2009 slur against veterans returning from the wars in Afghanistan and Iraq to which they were deployed. She said. "We are on the lookout for criminal and terrorist activity but we do not – nor will we ever – monitor ideology or political beliefs." Thank goodness they were not monitoring meetings of the Veterans of Foreign Wars or the American Legion. Or maybe they are.

Perhaps every meeting of the various Tea Party groups around the nation are monitored for their distinct disagreement with current government policies. They got their start protesting Obamacare. Many of their members oppose any effort to restrict their right to own and bear arms under the Second Amendment. Others oppose abortion. I'm guessing they would be among the first to be swept up as "extremists" and detained somewhere. And I am a regular contributor to a Tea Party Nation website!

In the wake of 9/11 Americans in general and the government in particular were scared to death of the prospect of more violent attacks on the nation. The Department of Homeland Security was cobbled together from a number of agencies to better coordinate information and a response. It's worth keeping in mind that the enemy then and the enemy now is still al Qaeda. Our concerns then were such that we deployed our military to Afghanistan and Iraq to deter the spread of the Islamist ideology. These days many nations cooperate to identify al Qaeda leaders and dispatch them.

Al Qaeda in America doesn't hold Wednesday night get-togethers, but I am fairly confident that our law enforcement authorities are doing their best to keep an eye on its recruitment efforts as they seek to stop further attacks.

What worries me is that the DHS definition of who they suspect of being "extremists" is so broad and so vague that there probably isn't anyone who does not fall under suspicion.

There's something paranoid and dangerous in the way they interpret their mission. There's something scary about an agency that buys a billion bullets and equips itself like a small army. We already have an army and we have a vast law enforcement community nationwide who, frankly, I trust far more.

So the question is, are you an extremist? And for exercising my First Amendment rights of free speech, the publication – press – of my views, my religion, and may even join others "to petition the government for a redress of grievances," am I an extremist, too?