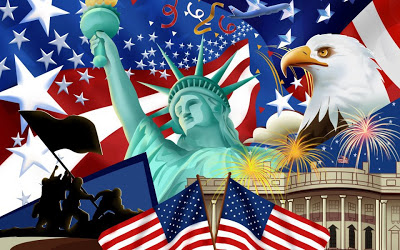 To a lot of folks who recall Ronald Reagan's two terms as President, 1981 to 1989, June 5th is a day that marks his passing in 2004. Nostalgia prompts us to think of it as a golden period of prosperity and memory tells us that it was also the closing decade of the Cold War with the former Soviet Union that had raged since the end of World War II in 1945.

Reagan seemed to enjoy being President as few others did. He was totally secure in his own skin and had a sunny outlook on life that even a 1981 assassination attempt could not dim. In his book, "Ronald Reagan: Fate, Freedom, and the Making of History," John Patrick Diggins cogently and succinctly provided a look at the American presidency "from the Eisenhower fifties to the end of the twentieth century," noting that it "seemed to be the story of frustration and failure."

"After a thousand days in office, John F. Kennedy was assassinated. The Vietnam War forced Lyndon Johnson to withdraw from seeking reelection. Richard Nixon resigned under threat of impeachment after Watergate, and Gerald Ford lost reelection to Jimmy Carter. Reagan's successor, George Bush, lost to Bill Clinton, whose two terms were tainted by his impeachment for lying about having engaged in oral sex in the Oval Office."

By contrast, wrote Diggins, "The Reagan eighties stood out as an exception to the record of embarrassment, defeat, and death. Few doubted that Reagan had character and integrity, but some of his foreign policy advisors doubted his intelligence and vision. Chief among them were intellectuals who convinced themselves that the Cold War could not end unless it could be won."

George H.W. Bush, who had been Reagan's Vice President and had succeeded him saw the fall of the Berlin Wall in 1989, a nice coda to the Reagan years. The Cold War was won because a succession of presidents from Truman to Reagan would not abandon the ideological field of battle, though places like Korea and Vietnam were hot wars.

How great is the contrast between those presidents and Obama's recent, strange announcement that the war on terrorism had been largely won and the U.S., having withdrawn from Iraq, was only a year away from doing the same in Afghanistan? 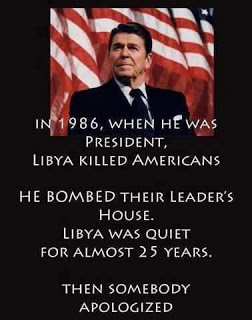 Reagan, in a January 1984 letter to William Buckley, the editor of the National Review, wrote that "the Middle East is a complicated place – well, not really a place, it's more like a state of mind. A disordered mind." His view was that the United States could not withdraw. "There would be instant chaos if a wrong or precipitate move is made." There still is chaos more than two decades later.

It is tempting to recall the feeling of optimism that Reagan exuded and which was reflected in the mood of Americans during the 1980s, but like all such decades, it had its high points and low. Even his administration could not escape a scandal in 1986, Iran-Contra, a scheme to fund anti-communist insurgents in Nicaragua by selling arms to Iran, despite an arms embargo.

I cite these moments from the Reagan years to put in perspective what we have been living through during the course of Obama's first term and now his scandal-ridden second term which, since his second inauguration, is barely six months into what looks like serious trouble. Though Reagan "inherited" a recession, he cut tax rates and soon had the economy on its legs again.

Obama has not achieved anything like this since he took office in 2009. Unemployment remains high and the nation is mired in historically high debt that has cast a pall over life in the nation. His solution has been to blame George W. Bush, spend billions on a failed "stimulus," and expand a panoply of programs that keeps millions of Americans, as the British say, "on the dole." Obamacare is a piece of legislation that is stalling economic expansion and imposing an expansion on the federal government unseen since the days of Social Security and Medicare.

In so many ways Reagan was prescient about the future. In 1994 he said, "It was leadership here at home that gave us strong American influence abroad, and the collapse of imperial Communism. Great nations have responsibilities to lead, and we should always be cautious of those who would lower our profile, because they might just wind up lowering our flag."