Alan Caruba
It can happen here 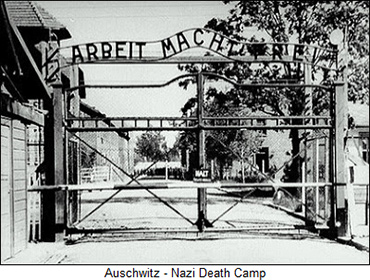 "How the Jews Defeated Hitler" is the title of a new book by Dr. Benjamin Ginsberg PhD, subtitled "Exploding the Myth of Jewish Passivity in the Face of Nazism." The title is counter-intuitive because, as is well known, the Nazis murdered six million Jews in Europe during the course of a deliberate genocide that has since become known as the Holocaust.

The author is a professor of political science and is chair of the Center for Advanced Governmental Studies at Johns Hopkins University and the book is more than just a history of that horrific period of history. It is not that long ago. I was a child at the time so, within the living memory of the survivors, their children and grandchildren, as well as others like myself around the world, it is living history. 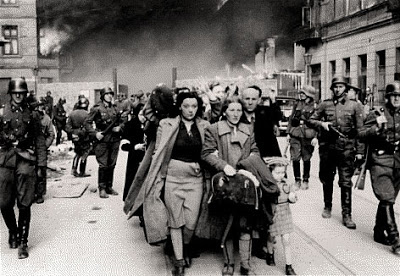 The value of the book is the way it explains how many of the Jews of Europe, particularly those herded into ghettos, failed to grasp what was happening. "It was initially difficult for most Jews to believe that the Germans actually intended to kill them all."

Another major factor was that the Nazis ensured that they were disarmed and unable to defend themselves, as were others who opposed the regime.

Where resistance fighters emerged, Ginsburg notes that "Germany relied, especially in Western Europe, on the help of local police forces to deal with partisans, and, especially in France and Holland, whose local police were quite helpful." In occupied France, "The French police helpfully compiled a card index of all the Jews of Paris by name, street, occupation, and nationality."

Therein lies the fears and concerns of Americans as they slowly come to realize that their government not only knows where they live, but a great deal of information about them courtesy of the Internal Revenue Service, the Federal Bureau of Investigation, the Department of Homeland Security, the National Security Agency, right on down to their local law enforcement authorities.

If or when Obamacare is fully implemented, anonymous bureaucrats will be able to "target" selected Americans who are seeking medical care for death simply by denying it. No need to set up concentration camps to kill them en mass. Just as the little girl who needed a lung transplant that was initially denied by the Secretary of Health and Human Services, individuals identified as "patriots" or other enemies of the state could simply be allowed to die.

So, yes, it can happen here.

The focus of the present day animus against Jews in general – extremely active throughout the Middle East and a major trend in Europe – is the nation of Israel. Zionism, the political movement that supports Israel, is a handy substitute for anti-Semitism.

Dr. Ginsberg, however, notes that "In actuality, Israel's founding was very much the result of the West's postwar unwillingness to accept Jewish refugees. Governments that felt that even one Jewish refugee was one too many had to find someplace to resettle several hundred thousand Jews." The State of Israel, like the mythical phoenix, literally rose from the ashes of Europe's murdered Jews.

"To the Americans and eventually even to the British, the State of Israel seemed the least undesirable alternative. Within two decades of Israel's creation (in 1948) though, the reasons for its existence were forgotten or had become irrelevant, and new configurations of political forces gave rise to a renewed European anti-Semitic discourse taking the form of anti-Zionism...The European Left loudly proclaims its anti-Zionism by denouncing Israel as a racist and apartheid state and calling for boycotts of Israeli products, citizens, and ideas." The United Nations is a hotbed of anti-Semitism.

During World War II, however, Jews played leading roles in the partisan efforts to disrupt German aggression, often held leadership positions in the allied military forces and served within them, were active throughout the FDR New Deal administrations, supported the U.S. bond drives to finance the war, and were instrumental in breaking the codes of the Nazis and Empire of Japan. Jews were also the core of physicists and engineers who developed the atomic bombs that speeded the end of the war in the Pacific.

The same authoritarian and leftist forces, whether it is the rise of Islamic ambitions to conquer the world or the efforts of the Left to impose a one-world government via the United Nations or just to undermine the former power and position of the United States as a defender of freedom, are at work today.

You need not be a Jew to fear the growing centralization of power in the federal government.

If you are a gun-owner, you know that the Obama administration and some in Congress seek to amend and erode the Second Amendment in an effort to take your arms away from you; a common goal of fascism.

If you are a member of the Tea Party or a patriot movement, you now know that the Internal Revenue Service sought to deny applications for tax-exempt status needed for fund-raising.

If you fear that your Fourth Amendment right to privacy is being eroded then you know that the Constitution is under attack.

If you are concerned about government by executive order, then yes, it can happen here.