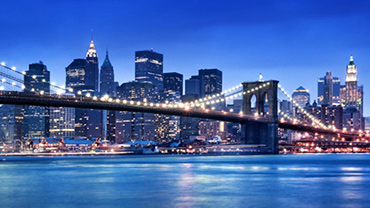 All great cities get compared to Sodom and Gomorrah, the biblical cities known for their debauchery and immorality. In the end, God destroyed both, having found no righteous people living in either city. Surely there are enough righteous people in New York to save it from electing Anthony Weiner as its Mayor and Elliot Spitzer its comptroller. At least one can hope.

Political scandals, often involving sex, are nothing new. In a recent Wall Street Journal, columnist Peggy Noonan recounts the story of John Profumo who, fifty years ago, was Britain's secretary of state for war and fell prey to the charms of 19-year-old Christine Keeler who, at the time was also romantically linked to a Soviet attaché, a spy. The affair only lasted a few months, but when it was revealed, Profumo first lied about it, and then resigned.

What Noonan found significant was that Profumo never again sought political office and, indeed, spent the next forty years helping the poor. He never sought to publicly exonerate himself. He let his good deeds speak for themselves even if most people were unaware of them.

To the question, when is the right time to come back from a big sex scandal, Noonan responds, "The right questions would go something like: "What can I do to stop being greedy for power, attention and adulation? How can I come to understand that the question is not the public's capacity to forgive, but my own capacity to exercise sound judgment and regard for others? How can I stop being a manipulator of public emotions and become the kind of person who generates headlines that parents are relieved – grateful – to explain to their children?"

These are all good questions for Anthony Weiner, a former member of Congress, and Elliot Spitzer, a former state attorney general and Governor of New York, to ask themselves, but the answer they have already reached is that they can only regain their former reputations by seeking public office.

The details of their utter lack of judgment and seriously immoral behavior are, presumably, well known. Weiner sent indecent photos of himself via the Internet to young women whose interest, despite his being married, he was soliciting. Spitzer was caught hiring a prostitute though he too was married. Both, in fact, remain married to some very forgiving wives.

New Yorkers, however, need not nor should be forgiving. Putting aside the failure to make moral choices in their personal lives, the issue for voters is their judgment which, in both cases, is so egomaniacal and so flawed that putting them into either office defies common sense.

Bloomberg, a billionaire, has been elected Mayor three times. New Yorkers, one must assume, like being told they cannot make any personal lifestyle choices for themselves, whether it is smoking or drinking lots of soft drinks. He is a fanatical anti-gun opponent, so the Second Amendment is of no concern to him. When the Times Square bombing by an Islamic terrorist failed Bloomberg initially suggested the culprit might be someone who didn't like Obamacare!

In early July Bloomberg unveiled a $20 billion plan to defend New York City from what he says will be the ravages of global warming in the coming decades. The plan will cost the average New York City household nearly $3,000. Meteorologists will tell you that the sub-tropical storm Sandy was an anomaly, not something likely to occur again for decades, if not longer. And there is no global warming. The Earth has been in a cooling cycle for nearly 17 years. In August 2008, Bloomberg suggested putting wind turbines on top of the city's skyscrapers to generate electricity. He is a loon.

Bloomberg at least had the good sense to surround himself with capable people to run the city and no one is suggesting they haven't done a good job despite his authoritarian attitude toward the citizens who live there, work there, or visit. In this respect, he is the quintessential liberal.

The thought of a Mayor Weiner should send New Yorkers a very big message about yet another howling liberal, capable of saying anything to advance his political agenda, but mostly as the one person to subject the Big Apple to years of comedian's jokes. Who would want to invest in a city led by a fool? And a liar whose first instinct was to deny what he had done.

As for Spitzer, as the former NY Attorney General he did a lot of damage to Wall Street, one of the world's financial centers. He had a disdain for corporate interests as well; in short, another liberal benefitting from capitalism while hating capitalism. As comptroller he would have a lot to say about the city's investments and financial health.

Both men are lawyers by training. Weiner's administrative capabilities are unknown. It is one thing to be a representative in Congress and quite another to be in charge of a major city. Spitzer has already demonstrated an antipathy to the means by which the financial health of an institution is maintained.

The warning is always that elections have consequences. If New Yorkers vote either or both of these men into office, they will be inviting future scandal or, at the very least, the well-earned derision of the entire nation.