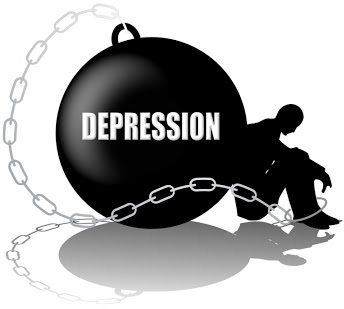 I have a case of the Obama blues, a nagging depression that is exacerbated daily by having to listen to the endless lies he tells about everything when he isn't blaming Congress, the Republicans, and everyone else for the horrid state of the economy and his rejection of the leadership America demonstrated through both World Wars and since.

Listening to Obama say that he intends to ignore Congress and selectively not enforce the laws it passes is such a serious threat to the Constitution and to our most fundamental freedoms that it is impossible not to be depressed by this grossly incompetent, historically ignorant, and pathologically narcissistic president.

The Republican Party seems to be suffering from the same ailment, but one bit of good news was the recent gathering of Republicans that showed some gumption when they voted to reject CNN and NBC as primary debate hosts, given their announced intention to air dramas whose only intention is to re-write Hillary Clinton's history of failed policy making.

The old go-along-to-get-along GOP senators and representatives undermine the other elements, chiefly the Tea Party Republicans elected to bring a stop to Obama's destruction of the economy and their party. They are joined in this by a former, but strangely quiet element, the evangelicals concerned with social issues, and independents who lean toward conservative policies.

The fact that the mainstream media, with a few exceptions, are little more than the propaganda arm of the Democratic Party adds to the general feeling of being up against forces that undermine the well-being of the nation. It is depressing to see how the scandal of the Benghazi attack has been swept under the carpet. It is depressing to know that the "newspaper of record," The New York Times is just a communist rag, but one that sets the agenda every day for most of the rest of the news media.

Adding to my unhappiness is the knowledge that Obamacare is now the law of the land despite being a complete disaster that is killing jobs, driving physicians to leave the profession, imposing death panels, and increasing the cost of health insurance for everyone. Recall the avalanche of Obama's lies that we could keep our personal doctor and not have to change our insurance provider. The illegal delay in implementing one element and the many politically inspired waivers are testimony to the way this bill is already a monumental failure.

Knowing that the government can and probably will monitor all my electronic communications – emails and telephone calls – is depressing; particularly since it ignores the Fourth Amendment. Tyranny is just around the corner if limits and oversight are not vigorously applied to the NSA and God knows who else is doing this.

The President has surrounded himself with men and women who demonstrate such contempt for the public that I find that depressing too. Whether it is the new director of the Environmental Protection Agency or the new Secretary of the Interior, the message is the same. If you don't spout global warming/climate change lies, you are not welcome to work for these and other government agencies. Their attitude says that, if the thousands of new regulations being generated will harm the economy, we don't care. We are not public servants; we are the President's appointees.

For someone who has spent most of his life during America's ascendency as a superpower and seen presidents from both parties demonstrate leadership that brought the former Soviet Union to its knees and encouraged a booming economy, it is particularly galling to watch a man who has said in so many ways that he does not like America, does not like its military, does not care about the ancient tradition of marriage, does not want to take steps to stem the traffic of illegal aliens, would eliminate the Second Amendment in a hot minute, and would far prefer to take another vacation and play along round of golf than shoulder the responsibilities of the presidency.

He knows the news media will protect him. He knows that adding more and more Americans to welfare programs such as food stamps makes them dependent on the government, He knows that Americans are too beset with their own problems, paying their mortgage or rent, raising children, and dealing with the rising cost of living, to devote much time or attention to what he is doing to them and the nation.

Ours is a nation with a short-term memory and, in too many cases, no memory or knowledge at all of our history and the values that lifted us to former greatness.

The Obama blues are the result of two elections with very bad results; elections that very well may have been stolen by the kind of chicanery we associate with "Chicago politics" in a state that keeps putting its governors and elected representatives in jail.

The sadness that invades my days comes from knowing that this feckless, Marxist ideologue and fan of Islam is quite literally ruining the lives of millions of American, old and young, destroying and delaying their dreams and plans.

There is a cure for the Obama blues. It is citizen participation in the forthcoming 2014 midterm elections that could maintain and expand Republican control of the House, and return it to power in the Senate. There is no other option.

Failing that, Obama will have no brake on his "fundamental transformation" of America into a banana republic.