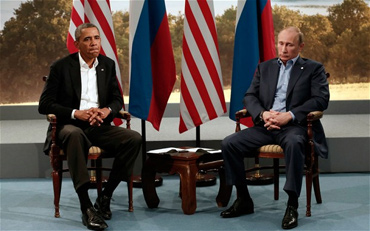 Some very interesting realignments are taking place in the world, often between nations one would think have little in common. The threat of fanatical Islam in the form of the Muslim Brotherhood and al Qaeda related groups has produced unexpected outcomes.

Russia, China and Iran are supporting Syria which is under attack from Islamist forces while the Saudis are eager to see the regime overthrown, apparently for the same reason. The United States is likely to use its military assets to demonstrate it is no paper tiger, having largely been in retreat in the Middle East since Obama took office.

At age 75 I lived much of my life during the Cold War from 1946 until 1989, some 43 years which culminated two years later in 1991 with the collapse of the former Soviet Union. Throughout that era it was, in the words of Ronald Reagan, the "evil empire." Presidents from Harry Truman to George H.W. Bush had to base their decisions on what the Soviets and their satellite states were doing. At times it turned hot as in Korea and Vietnam.

It was the U.S. development of the atomic bomb and later the hydrogen bomb that dictated what occurred because neither nation wanted to engage in a nuclear war. Having stolen our nuclear secrets, the Soviets were able to develop their own and, later, Red China had the bomb as well. Other nations, too, would acquire their own. What emerged was the fear of "mutually assured destruction."

This fear worked, but now the world is facing the prospect of an Islamic nation, Iran, having nuclear weapons (as does Pakistan) and, at that point, all bets are off. Islam embraces death as martyrdom and the gateway to paradise. In Iran, its leaders believe that massive human death and destruction is necessary to secure the return of the Twelfth Imam, a mythical figure, but one that is real to them.

In an excellent history, "The Cold War," by John Lewis Gaddis, published originally in 2005, the reader is taken on a journey back to that era, but a goodly portion of the present U.S. population has little or no recall of it. Anyone age 24 or younger has no experience with the Cold War and likely no knowledge of it. The Korean War was fought in the 1950s and the Vietnam War in the 1970s.

The single lesson of the Cold War was that Communism could only exist if the governments that embraced it were led by despots and the full power of the state was used to maintain it. In the case of Russia and China, literally hundreds of millions died as a result. The closest example of Communism is Cuba, just ninety miles off the shore of Florida.

Other nations such as Venezuela and Nicaragua are essentially Communist, but the good news is that, during the course of the Cold War and in the wake of the demise of the Soviet Union, many new democracies have emerged. What occurred was the "globalization of democratization." Gaddis notes that "By one count, the number of democracies quintupled during the last half of the 20th century, something that would never have been expected at the end of the first half." 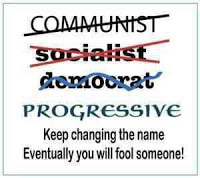 What Americans are witnessing, however, is the effort of the Obama administration to "transform" America into a close approximation of a Communist nation as more and more of its structure has come under the control of the federal government. It has been a long process that began at the beginning of the last century, ushered in with the Bolshevik revolution in Russia in 1917 and manifested here with a vastly expanded federal government and the creation of various "entitlement" programs that comprise some 60% of our annual budget.

Americans have become accustomed to a government that has extensive control over many sectors of its economy and other aspects of our lives. The educational system has been transformed into a form of politically correct indoctrination and one that consistently fails to teach the most fundamental skills, least of all the ability to think independently. The emphasis has gone from self-reliance to self-esteem.

These days, one in five households in America is on food stamps. Despite four years of failure to reverse the impact of the 2008 financial crisis, the nation remains mired in the longest non-recovery in its history since the Great Depression.

At the end of World War Two in 1945, in response to the Soviet Union's takeover of Eastern Europe and the need to put Western Europe on a firm economic footing, the United States had to remain on a virtual wartime footing. Our troops would remain in Europe where the Marshall Plan was implemented to aid the recovery of our allies as well as West Germany. This was followed by the creation of NATO to provide military support against a possible Soviet invasion.

The U.S. had to lead the effort to force the North Koreans back across the 38th parallel. Later it would attempt to do the same thing to maintain South Vietnam. The former was a stalemate that exists to this day and the latter was a defeat.

During this period, the Soviet Union remained the focus of U.S. attention. The CIA was created by Truman to monitor and respond to Soviet efforts to extend its influence such as the Communist takeover of Cuba in 1959. The expansionist efforts led to a fearful confrontation in 1962 when the U.S. demanded the removal of nuclear missiles that the Russians had placed in Cuba. The Russians backed down.

All during this time, from Stalin to Khrushchev, the real story of the Soviet Union was the continuing failure of Communism. Gaddis noted that "By 1971, the Soviet Union's economy and those of its East European satellites were stagnating. By 1981, living standards inside the U.S.S.R. had deteriorated to such an extent that life expectancy was declining – an unprecedented phenomenon in an advance industrialized society. By the end of 1991, the Soviet Union itself, a model for Communism everywhere else, had ceased to exist."

After the death of Stalin in 1953, the Soviet Union would be led by a succession of aging dictators until events required that a far younger leader, Mikhial Gorbachev, was installed in 1985, but it was too late and he came on the scene when powerful leaders, Ronald Reagan, Margaret Thatcher, and Pope John-Paul were positioned to resist.

Today, we have a President who told his Russian counterpart that he would have more "flexibility" after his reelection and, having imposed the takeover of the nation's healthcare system, the expansion of federal power over the economy, and the vast expansion of its surveillance system, every American is learning what it was like to live under Communist domination.

Historically, the Cold War is over, but if the chill relationship between Putin's Russia and Obama's America is any indication, it still endures.

It doesn't look to end anytime soon and the destruction of the U.S. dollar and our economy, a communist goal for decades, is well underway.