Alan Caruba
My Cold War and now yours 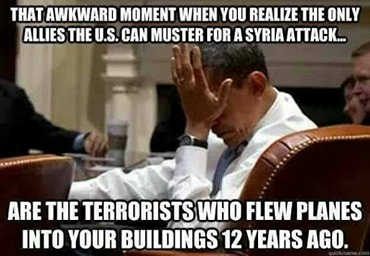 I spent the better part of my life during the Cold War that began at the end of World War Two in 1945 and did not end until the collapse of the Soviet Union in December 1991. It was replaced by the Russian Federation and the competition continues.

On February 22, 1946, George F. Kennan, a junior Foreign Service officer serving in the American embassy in Moscow sent the first of a long series of dispatches to the State Department regarding Soviet intransigence, recommending a policy of "containment" of its expansive tendencies. It became the U.S. policy throughout the whole of the Cold War. Nine Presidents maintained it.

The war wasn't always "cold." The U.S. and Russia had fought proxy wars in Korea and Vietnam, faced off over the installation of missiles in Cuba, and then carefully avoided Mutually Assured Destruction by nuclear weapons.

The historian, John Lewis Gaddis, author of "The Cold War," noted that "By the end of the Cold War, there was little left to hope for from communism, and nothing left to fear." Now it's America's turn to be governed by a president other nations do not fear and who is increasingly mocked by bad actors throughout the world.

Barack Obama has sought to "fundamentally transform" America by way of the communist ideology of a strong central government, a people stripped of their weapons to defend against it, extensive surveillance of their communications with each other, control of their healthcare system, and the dependency on government welfare programs that widespread unemployment produces. When you add in a huge national debt, the prospect of collapse is great. 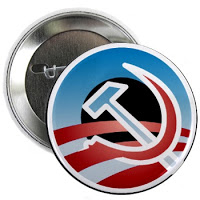 Mentored in his youth in Hawaii by Frank Marshall Davis, a card-carrying member of the Communist Party USA, it doesn't take a Ph.D. to figure out why Barack Obama has brought this to pass. When that is combined with his raging narcissism, pathological lying, and incompetence, you can begin to understand the events surrounding the Syrian crisis.

The most astonishing aspect of the crisis was a September 11th opinion editorial by Vladimir V. Putin, Russia's president, and top man in the former KGB, the Soviet state security organization.

Keep in mind that the KGB and its successor, the FSB – the Russian Federal Security Service – specializes in disinformation. The editorial sought to represent Russia as a nation friendly to America's interests. "Relations between us have passed through several states. We stood against each other during the cold war. But we were also allies once, and defeated the Nazis together."

Russia's interest in Syria, however, is based in large part by the fact it provides the only port in the Mediterrean for its warships. It is also part of its Middle East axis with Iran. Russia has built nuclear facilities for Iran and both continue to provide weapons to the Assad Regime. Acknowledging the use of poison gas in Syria, Putin suggested it was not used by the Syrian Army and then went on to chastise the U.S.

Before that, the Soviet Union had used its military power to control its Eastern European satellite nations. As noted, it sought to install missiles in Cuba to threaten the U.S. until it was forced to remove them. In more recent times, Russia used force to put down the Chechen insurgency, as well as seizing two provinces of Georgia.

How quickly we have forgotten that Putin's Russian Federation has given Edward Snowden, a former National Security Agency contractor, asylum after he stole and disseminated information about it. His recruitment and protection is a classic example of disinformation and deception.

Commenting in September 11th Wall Street Journal, columnist Daniel Henninger said, "The White House, Congress and Beltway pundits are exhaling after the president of Russia took America off the hook of that frightful intervention vote by offering, in the middle of a war, to transfer Syria's chemical weapons inventory to the UN – a fairy tale if ever there was one. Ask any chemical-weapons disposal specialist."

The events leading up to Putin's editorial were the most glaring example of President Obama's manifest lack of fitness for the job. Unfortunately, the only means of recall is impeachment and a sharply divided nation is not going to go there. We have forty more months of Obama's destruction of America's economy and reputation.

As Fouad Ajami, a senior fellow at Stanford's Hoover Institution, noted in a September 12 Wall Street Journal commentary, "We anoint our leaders to rid us of our weariness when resolve is called for, to draw for us the connection between our security and menaces at a seeming far remove. The leaders of the past two decades who sent American forces to Bosnia, to Kosovo, to Afghanistan, to Iraq, were not thirsting for foreign wars. These leaders located America, and its interests, in the world. Pity the Syrians, they rose up in the time of Barack Obama."

The fighting in Syria will continue. Al-Qaeda will continue to expand where it can. The U.S. will likely pull back from efforts to shape events, having failed miserably to date in Libya and Egypt.

We are witnessing a Sunni-Shiite conflict as old as Islam, dating back to Mohammed's death in 632 A.D.

As the historian Gaddis concluded "the Cold War could have been worse – much worse...the world spent the last half of the 20th century having its deepest anxieties not confirmed." This was due to America's firm resolution to resist. We have entered the 21st century engaged in a new war with militant Islam. There is no knowing when the end of Islam's war for world domination will end, but it is likely to last as long as the Cold War.