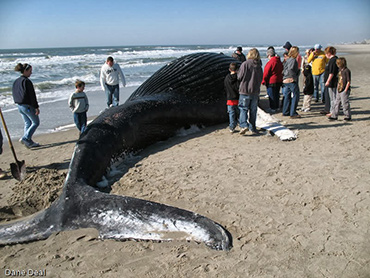 Obamacare – the Affordable Care Act – will not be defunded and the government will not be shut down.

The vast majority of Americans already hate Obamacare and not a day goes by that it does not demonstrate that it is unaffordable, unworkable, and a cancerous law that kills jobs. Eventually it will kill people.

Obamacare, passed without a single Republican vote, will become a Democratic Party poison pill. It was passed when the party controlled both houses of Congress and, by the following midterm election in 2010, the Democrats lost the House.

If the Republicans can manage to avoid doing something really stupid, the 2014 midterms will give them control of both houses. For now, though, the efforts of Sen. Ted Cruz and others are misguided and mistaken.

We are watching the Congress of the United States engage in a political charade. The House has sent the Senate a continuing resolution to fund the operation of the government for a few months. The Senate will strip out the defunding element. In the end, "in the best interest of the nation," they will agree to raise the debt ceiling and agree on some minor spending cuts.

No one wants to shut down the government more the Barack Obama. He and the Democrats would use that to hammer the Republicans in 2014.

If you think all this is bizarre, can you imagine what people in other nations must think?

The nation has a debt that is larger than its gross domestic product, the sum total of everything we sell to each other and the world. The deficit, the different between what the government takes in and what it spends is another problem. Obama managed to double the debt during his first term. He should be called the Terminator.

Since the 2008 financial crisis, two things are known. The huge, multibillion dollar bailout of the banks and investment houses worked. They were part of the crisis when they lent mortgage money to people who could not repay it because two government entities, Fannie Mae and Freddy Mac, told them to do that, making the critical second element of the crisis. For reasons that defy understanding, both entities are still in business. They should have been shut down; particularly in light of the billions the government had to pump into them to avoid massive defaults.

General Motors was on the way to the bankruptcy court and was bailed out as well, but its creditors were screwed while its union ended up part owners. The second known thing is that Obama's multi-billion dollar "stimulus" did not work. There were no "shovel ready jobs." Now there are even fewer jobs.

Then there is the Federal Reserve, an independent part of the international banking cartel, but granted the right to print money, has been doing so to the tune of $85 billion a month in order to buy U.S. debt issues. It the same time it has kept interest rates at near zero, thus providing the banks with free money. It is a shell game with everyone pretending they do not know what either the left or right hand is doing. It is bound to implode at some point.

To understand the gravity of the situation, by January of this year the Federal Reserve revealed that its holdings of U.S. government debt had increased to an all-time record of $1,696,691,000,000. Its holdings had increased 257% since Obama first took office in 2009. In the months since then it has, of course, increased.

To put it another way, we are Greece. Or Spain or any of the old world nations that embraced the dream of a socialist paradise providing cradle to grave support. The European Union was saved only because their central banks moved money around to prevent it and "austerity" programs were enacted.

The America in which I was born in the 1930s was struggling to come out of the Great Depression. America today is in the midst of a comparable economic disaster. For example, households on food stamps now outnumber all households in northeast America. A record 23,116,928 American households were enrolled during the month of June.

Unemployment is another Obama disaster. In the four and a half years he has been President, millions have given up looking for work, wages are stagnating, and America is becoming a nation of part-time workers.

The last "fiscal cliff" agreement resulted in a payroll tax increase from 4.2% to 6.2% siphoning off earnings from workers to the ever-expanding government. In 2012, the last full year of Obama's first term, median household income was $51,017. That has since dropped to $51,100, a loss of 4.89% from 2008 to 2012. Less money circulating in the marketplace has stagnant economy written all of it.

As Obamacare goes into effect on October 1st America will become a nation in which everyone's health records and privacy will end. There will be fewer physicians, fewer hospitals and clinics, and there will be skyrocketing health insurance premiums. We have Medicare and Medicaid. We don't need, nor ever needed, Obamacare.

Given the events of recent weeks, it is understandable if people living in other nations begin to think that the United States is no longer a dependable ally, financial model or is giving any indication of functioning in a rational fashion.

As the stink from Obamacare's rotting carcass continues to rise it will be clear to everyone that America's credit, America's credibility, and America's future is circling the drain. Be patient. It will be repealed.