Alan Caruba
Who is Heather Zichal? 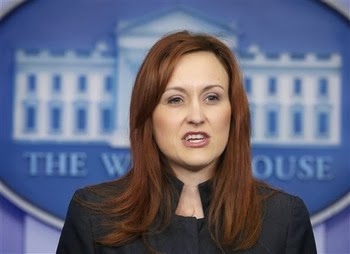 The news on Monday, October 7th, included a notice that Heather Zichal would be leaving her White House job as Obama's "top adviser on environmental and climate issues." And I asked myself who is Heather Zichal?

In fact, Ms. Zichal had served in an advisory position for five years. In her current position, she replaced the "climate and energy czar," Carol Browner, who left in March 2011. Browner had formerly been the Director of the Environmental Protection Agency where she did her best to impose some of the most draconian environmental policies; a task taken up by Lisa Jackson until she recently stepped down and was replaced by Gina McCarthy. It says a lot about this agency that during the government shutdown, it furloughed 93% of its employees as "non-essential."

In July Rep. Lamar Smith (R-TX) penned a Wall Street Journal's commentary, "The EPA's Game of Secret Science," noting "As the Environmental Protection Agency moves forward with some of the most costly regulations in history, there needs to be greater transparency about the claimed benefits from these actions. Unfortunately, President Obama and the EPA have been unwilling to reveal to the American people the data they use to justify their multibillion-dollar regulatory agenda." Rep. Smith is chairman of the House Committee on Science, Space and Technology.

Ms. Zichal has managed to maintain a very low profile during her White House career. Trying to find articles that profile or quote her turned out to be a real task. Part of the reason for this may be her political instincts and experience. She has been active since her days in college following a duel track of politics and environmental issues. She quickly came to the notice of Democrat Rush D. Holt, Jr. (NJ) when she was an intern at the state chapter of the Sierra Club and he was running for office. Holt hired her as a legislative director.

Ms. Zichal would later hold the same position for Rep. Frank Pallone from 2001-2002 before serving Senator John Kerry from 2002-2008. She would be an advisor to Kerry's 2004 presidential campaign and the 2008 Obama campaign. Throughout her career she has been devoted to the global warming/climate change hoax. After Browner's departure, she served on the White House Domestic Policy Council because Congress abolished the funding for Browner's position in an agreement that averted a government shutdown in 2011

In what appears to be a rare interview, prior to the 2008 election Ms. Zichal was profiled in Grist magazine, an environmental publication. She spouted all the usual nonsense about greenhouse gas emissions, "clean coal," and "how a President Obama would craft a bipartisan plan to address climate change." At the time she said that Obama's "climate and energy policy go hand-in-hand. His goal would be to try and move climate legislation in tandem with energy legislation."

She was correct in that prediction and the result has been an all-out war on coal with the EPA relying on hidden, bogus "scientific" data to justify it. In the Grist article, Ms. Zichal said that Obama would call for "an aggressive 80 percent emissions reduction." Since there has been no warming trend since 1998 and no connection between carbon dioxide and the non-existent warming, the need for such a reduction is zero.

Despite the administration's best efforts, the energy sector, other than coal, has been growing as the result of the fracking technology that has made recovery of the nation's vast oil and natural gas reserves possible. Along the way the administration wasted billions on loans to so-called "renewable" wind and solar energy companies, most of whom quickly went bankrupt.

Energy industry expert, Robert Bradley, Jr., writing on the Master Resource website in June 2012 took note of a Greenwire – Energy & Environmental News – profile of Ms. Zichal noting that, for all her talk about "outreach" to sectors of the energy industry, "we have the irony of Ms. Zichal trying to square the circle of real consumer-driven energy vs. politically correct energy."

In point of fact, Ms. Zichal has been a behind-the-scenes player in the Obama administration's advancement of the global warming/climate change hoax, in efforts to shut down coal-fired plants, and thwarting access to the estimated ten billion barrels of oil in Alaska's Arctic National Wildlife Refuge, along with other ways to limit the production of energy the nation requires.

The recent report by the UN's Intergovernmental Panel on Climate Change finally admitted the fact that the planet has been in a cooling cycle for nearly seventeen years. The report has been thoroughly discredited as regards the "science" it has been citing; based almost entirely on rigged computer models.

The White House cited Ms. Zichal for the work she has performed there, "most recently developing our bold climate action plan," saying she will be missed. The notion that the White House or any other entity on Earth could do anything about the climate is absurd.

"Heather will be missed here at the White House, but our work on this important issue will go on," said the announcement of her departure. I'm guessing that she will find a new job with the Sierra Club or some similar environmental organization devoted to harming the best interests of the nation.