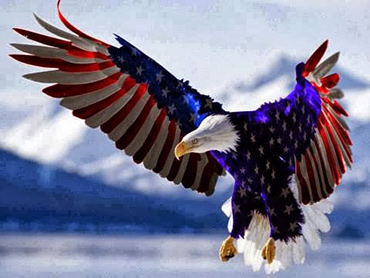 One of the great parlor games of pundits, politicians, journalists, and just about everyone else is predicting the future.

There's a wonderful book, "The Experts Speak," that is filled, page after page, with predictions and pronouncements by people of presumed wisdom and knowledge, all of which turned out to be often hilariously wrong. In 1913, regarding Einstein's theory of relativity, Ernst Mach, a professor of physics at the University of Vienna, said, "I can accept the theory of relativity as little as I can accept the existence of atoms and other such dogmas."

I prefer optimists to pessimists and the co-authors of "America 3.0: Rebooting American Prosperity in the 21st Century – why America's Greatest Days Are Yet to Come," James C. Bennett and Michael J. Lotus, are optimists.

In his foreword to the book, Glenn Harlan Reynolds, better known as the "Instapundit," cites the late economist, Herbert Stein, who said "Something that can't go on forever, won't," noting that "The American 2.0 approach, which delivered stability and prosperity to many for decades, is now more problem than solution, as banks fail, bureaucrats flounder, and the economy fails to deliver the jobs – or the tax revenues – need to keep the whole enterprise going." Reynolds, however, agrees that "The Jeffersonian individualism that was embodied in in America 1.0 never really went away." And that's the good news.

Bennett and Lotus begin by saying, "We are optimistic about the long-term prospects for American freedom and prosperity. You should be, too." They do not believe the nation is "on an inevitable road to tyranny and poverty. Predictions of the end of America are deeply mistaken," but they do say that "The current politico-economic regime is falling apart."

I think most people will agree with that as a deeply divided America struggles to deal with slow economic growth, a Marxist President, and the final gasp of a government that has expanded to a point of demonstrating the wisdom of the Constitution's limits on its size and role. The Tea Party movement and the founding principles of the Republican Party are all about those limitations.

As Obamacare fails dramatically, Americans across the political spectrum will want to return to a more manageable, less intrusive government. They did that when they elected Ronald Reagan. America needs a leader to emerge who will bring the two factions together and, if history is a guide, they will find one. It will not be easy because two generations have passed through the liberal indoctrination of its schools and because the nation's media, composed of those graduates, is dominated by liberals.

Another factor is demography, the study of populations. Americans are living longer and the effects of that are undermining the future of progressive programs such as Social Security and Medicare. At some point they will have to be reformed, along with the rising costs of medical care.

Americans, since the early years of the last century have gone back and forth between progressive programs and a yearning for less control from centralized government. The income tax, the government's "safety net" introduced following the Great Depression, the growth and decline of unions, and even Prohibition demonstrate this ambivalence. Obamacare is likely to be repealed just as Prohibition was.

America 1.0 stretched from the century the preceded the Revolution and extended to the Civil War. It was a largely agrarian society of farmers with the emphasis on individual responsibility. It was, as well, a society based on the nuclear family, a structure that remains today, though is under attack by liberals. America 2.0 saw the rise of industrialization and, following World War Two, the nation as a superpower in the world.

America 2.0 is crumbling, say the authors, and that "we are in the midst of slow but wrenching transition to an emerging America 3.0." It will be "an even bigger transition, from industrial to an individualized-and-networked economy that we are undergoing now."

One of the elements of the transition that the authors recommend is the abolishment of the federal income tax and replacing it with a national consumption tax, saying that "The required disclosure of personal economic information required in filing tax forms constitutes perhaps the largest single invasion of civil liberties in America, violating the spirit of the Fourth Amendment's guarantee against search and seizure of personal information without a judicial warrant."

Here again, putting the Internal Revenue in change of enforcing Obamacare will likely trigger a backlash against it, the income tax system, and generate a return to the individual rights enumerated in the Constitution.

Then, too, the world is also changing as Islamism seeks to drag its population back to a dark age of feudalism and slavery. The wave of terrorism is generating a backlash, even in nations where Islam is the dominant faith. America, in the process, has learned it cannot export its unique democratic system and engage in "nation building." The original faith in the United Nations to deter wars has faded and the growth of various regional organizations will likely replace it.

The co-authors of "America 3.0" say "We can sketch only the bare outlines of what an America 3.0 defense and foreign policy might be like in reality. But those policies must be consistent with what can actually be achieved by American power, with a renewed focus on securing the global commons for trade, maintaining our alliances, and defending the American free and prosperous way of life."

We are living in times of both rapid and slow change, and America has the mechanism – the Constitution – to make the changes needed to adjust and the strength to protect itself from enemies, domestic and foreign, in a global economy. It won't be easy and it will not be fast enough for most, but America will remain a dominant agent for change.