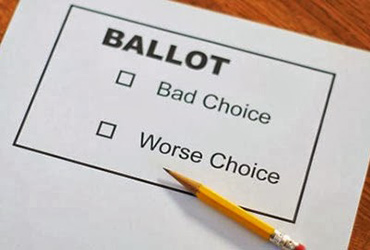 The outcomes of elections allows us to pick through the detritus in an effort to "make sense" of the choices voters made.

I will begin with a prediction that, before this century is over, Colorado will split into two states as momentum builds for its northern counties to revisit the secession vote that failed. I predict that California will break into several smaller states as well.

I always strive to be optimistic, but it is getting harder and the November 5 elections suggest a slow slide toward continued moral and cultural decline, and that is never a good thing.

About the only good news of the evening was the reelection of New Jersey's Governor Chris Christie. It was a no-brainer because, as a lifelong resident, I can tell you that he is tremendously popular. He's had his successes, but hardcore conservatives will probably never be happy with him. In a race against Hillary Clinton in 2016, however, they would vote for him, having learned the lessons of the 2012 election that reelected Obama.

Almost no one expected Virginia Attorney General Ken Cuccinelli would win the governorship, but the narrowness of his loss suggests that the unpopularity of Obamacare will loom large in 2014 and 2016. Cuccinelli would have won if the Democrats didn't underwrite a third party Libertarian campaign that drew off sufficient votes; a large portion of which were from younger, less sophisticated, more idealistic voters. Moreover, Cuccinelli was heavily outspent and did not get much help from the Republican establishment that still sees the Tea Party as its enemy.

My gut tells me that the 2014 midterm elections will be a bloodbath for the Democratic Party. Obamacare will have deprived millions of voters of their physicians, their preferred healthcare insurance, and will have driven up the costs of the government-approved plans. Voters will pull the lever for Mickey Mouse if he is a Republican candidate in 2014.

In matters financial, voters in New York State put their money on more casino gambling, agreeing to let seven Las Vegas-style gaming palaces be built around the state, including eventually New York City. In Massachusetts, voters rejected a Mohegan Sun plan for a resort casino and voters in a Boston suburb rejected a proposal to replace a 78-year-old thoroughbred race track with a casino. In Texas, voter rejected a plan to turn the Houston Astrodome into a convention center. It will be torn down. School funding in Colorado bit the dust as voters rejected increased income taxes.

We are witnessing a slow-but-steady move toward legalizing (and taxing) the use of marijuana. Voters in Colorado decided to treat it like alcohol. Mason Tvert, spokesman for the Marijuana Policy Project, predicted that "It is only a matter of time before voters and lawmakers in other states recognize the benefits and adopt similar policies." I am inclined to agree, but I think it is a bad idea whose time has come. In Maine and Michigan voters decided to decriminalize possession of small amounts of Mary Jane; a sensible move.

Demonstrating no understanding of the free market, voters in New Jersey voted for a state constitutional amendment that would raise the minimum wage by $1 to $8.25 an hour and to provide for automatic cost-of-living increases as ten other states already do. It increases the cost of doing business in the state and will be, of course, passed along to consumers. 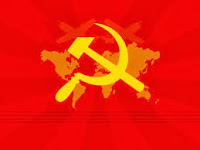 Progressive politics appears to have held on for now and, of course, the election of Bill De Blasio as New York City's new mayor is testimony to that as voters fell for the usual "equality" and "fair chance" rhetoric that casts corporations and Wall Street as villains. De Blasio is a Communist like Obama. The term "progressive" is just another way of saying Commie. After years of governance under former Mayors Guiliani and Bloomberg, it will be back to the bad old days of Dinkins, to a rise in crime, and all the usual grievances that have afflicted cities like Chicago and Detroit. The latter just voted for a white mayor for the first time in forty years!

Decriminalizing marijuana and building gambling casinos cater to fairly inconsequential inclinations. Most states already run their own successful lotteries to raise money and marijuana arrests are non-violent and fill up the jails for no good reason. Does this tell us anything about long-established human inclinations to gamble and get high? Not really. It is business as usual and probably better for the state to regulate it than not.

Other than the impact of Obamacare on the outcome of the Virginia race that gave a crusading attorney general who led the legal battles against it a chance to become its governor, there doesn't appear to be any major trends emerging from Tuesday's elections.

The political pendulum swung back and forth as it always has. The demographics of the voters has changed as it always will. The most serious threat ahead is the Obama administration's efforts to grant amnesty to millions of illegal aliens. That could elect Democrats for a long time to come.

The latest Rasmussen poll reveals that Congress is held in low esteem by 75% of the voters. The problem with that are the voters who put its members into office in the first place. The problem with that is the endless capacity of Congress to avoid making the hard choices to put the nation on the path to economic security, reducing its debt, and the increasingly insular divide between the lawmakers and the people who elected them.