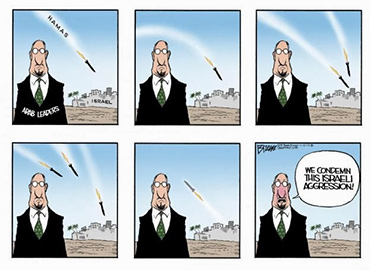 There is a widely quoted Bedouin saying, "I against my brother and my brother against our cousin, my brother and our cousin against the neighbors, all of us against the foreigner." It takes various forms depending on the source, but it aptly captures the mindset, the attitude of Arabs and reveals why, neither as individuals nor as nations, they trust one another or anyone else. The Israelis learned long ago the impossibility of negotiating an agreement. 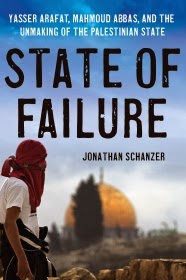 As Jonathan Schanzer chronicles in his new book, "State of Failure," "In the aftermath of the 1967 war, eight Arab leaders met in Khartoum, Sudan, and declared that there would be 'no peace with Israel, no recognition of Israel, no negotiations with it.' It became known as the 'Three No's'"

On September 26, 1947, Britain announced that it would be withdrawing from the territory that the Versailles Treaty of 1919 had designated as Palestine. It had been assigned the mandate to administer it. "Two months later, on November 29, 1947, the United Nations approved a partition plan, which divided the territory up to into three contiguous Arab swaths and three contiguous Jewish swaths, with Jerusalem slated for permanent trusteeship...The Arab states, for their part, rejected the partition plan outright, which did little to help the Palestinian cause as the world deliberated."

"It was not lost on the world that the Arabs called for outright war against some 400,000 Jews living in Palestine just three years after six million Jews had been slaughtered in Europe." Eleven minutes after David Ben-Gurion's declaration of Israeli independence in Tel Aviv on May 14, 1948, President Harry Truman announced the U.S. recognition of the new state.

There was no Palestinian state then and there is none today. There has been, however, a constant state of war against Israel for the last sixty-five years. Israel was immediately attacked by its Arab neighbors who were defeated then and have been defeated in subsequent wars. The one in 1967 vastly expanded Israel's territory to include the Golan Heights, the West Bank, and Gaza, plus control of the entire city of Jerusalem, its ancient capitol.

It must be very tiresome to be an Arab and worse by a factor of ten or more to be a Palestinian.

I was reminded of this in the wake of Israel's decision to release 26 Palestinians serving life sentences for murdering Israelis in what is surely just one more vain effort to secure any accommodation from the Palestine Liberation Organization, Fatah, the Palestinian Authority or whatever they are calling themselves these days. It is a matter of record that a large number of jailed terrorists reverted to violence after being released in earlier deals.

They are led by Mahmoud Abbas who has overstayed his term as its president by several years by simply not holding elections. Moreover, the Palestinians are divided between the PLO and Hamas, an even more militant group headquartered in Gaza. They are in Gaza because it was ceded to the Palestinians in another hopeless effort to bring them to the negotiation table for a permanent peace. Hamas is designated by the U.S. as a terrorist organization and lives up to that by rocketing and attacking Israelis.

The Palestinians are said to be "occupied" by Israel and, indeed, in the wake of two terrorist campaigns, "intifadas," the Israelis concluded that only a very big, tall wall between them plus considerable military oversight was the only way to avoid further campaigns. Defending one's citizens is the first duty of any nation.

We are being treated to the absurd diplomatic efforts of the current Secretary of State, John Kerry, as he flies about the Middle East trying to maintain or restore any trust they might have in the United States at this point. Whole books will be written about the way Barack Hussein Obama has sabotaged U.S. relations with the region and has left Israel isolated against the very real potential of a nuclear-armed Iran.

Shanzer's book provides the answer to why, decades after Israel's independence, the Palestinians have refused to take the road to their own state. "Not only are the Palestinian territories (West Bank and Gaza Strip) divided between two warring factions (Fatah and Hamas), it is also undeniable that both cantons have failed to function as governments."

"The Palestinian Authority and its antecedents have been beset by bad governance." That is a major understatement and the pattern was set by the late, unlamented Yassir Arafat who spurned then-President Clinton's offer of a Palestinian state on some 95% of the West Bank and 100% of Gaza.

In addition to the enemies on its borders, the other center of opposition to Israel has always been the United Nations which, to this day, maintains an agency devoted exclusively to the so-called Palestinian refugees. On November 29, the UN celebrates an annual International Day of Solidarity with the Palestinian people.

The Palestinians have endured kleptomaniacs who have plundered the wealth donated to their cause, as literally billions disappeared into secret bank accounts of Arafat and his cronies, and now Abbas and his. The PA has been a rat-hole of corruption and still is.

Literally nothing the Israelis offer, from land to freed murderers, has changed ground for any accommodation with a Palestinian state because those in charge do not want a state and have demonstrated no ability to govern one.

What has changed, however, is the loss of the American government as an ally. Successive American administrations have tried to broker better relations, only to learn that it is a fool's errand. Regrettably, the Obama administration has become so hostile to Israel that it has altered the diplomatic landscape. It is embracing Israel's enemies and that is a very bad thing for Israel, the Middle East, and the world.