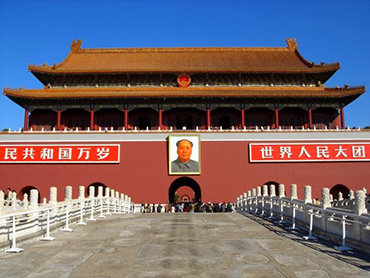 "Doom is one of the oldest stories of mankind," says Josef Joffe in his excellent new book, "The Myth of America's Decline: Politics, Economics, and a Half Century of False Prophesies."

As long as I can remember I have read and heard that America is in decline beginning when Sputnik was launched in the 1950s. We were all told that the Soviet Union was to be the next great superpower. It collapsed in 1991. The Federation that replaced it was the shrunken loss of many of its former captive satellite states. Throughout the 1960s and 1970s, we were told a resurgent Europe would overtake the U.S. and in the 1980s that Japan would become an economic superpower.

Now we are being told that the future belongs to China and the emerging economies there and in India. Joffe, a Fellow at Stanford University's Hoover Institution, publisher-editor of Die Ziet, and frequent contributor to Foreign Affairs and Foreign Affairs, has gathered together the facts of America's economic ups and downs to present a realistic and optimistic view of the future.

The news is filled with reports on China's 18th Central Committee's Third Plenum, citing promises of expanded property rights, transparent market regulation, and prices set by the market. The Wall Street Journal, however, noted that "China's new leaders are tightening political repression," the mark of every Communist state. There was also news of China's loosening of its "one-child" policy that restricted couples from adding too much to its population of 1.3 billion.

Joffe demonstrates why China has many problems that will keep it from overtaking America's economic dynamism and before you fall the latest version of America's decline, you should definitely read his book. He asks, "Who would actually want to live in a world dominated by China, India, Japan, Russia, or even Europe, which for all its enormous appeal, cannot take care of its own backyard? Not even those who have been trading in glee and gloom decade after decade would prefer...to take over as housekeeper of the world."

As for China, Joffe notes that it "has the largest population on earth, half of which is still living in the countryside." Half the population "remains poised to go urban and sell its labor at low wages," but he also points out that, in terms of its demographics, "China is getting older and America is getting younger." Its fertility rate has dropped and "Aging is not good for growth and so China will inevitably slow down, with rapid aging adding pressure to all the other growth brakes embedded in an economy that remains resolutely statist."

And that is China's problem. While introducing reforms, China is still a nation where the state owns and operates much of its economy. This is an object lesson and warning to Americans who are now rising up to demand that Obamacare, the takeover of one sixth of the U.S. economy, be repealed. Governments cannot and should not run various elements of a nation's economy because decisions are based in politics, not the marketplace.

"China's working-age population will reach its peak at the end of this decade and decades before the People's Republic is supposed to overtake the United States." Meanwhile, thanks to our fertility rates and immigration, the U.S. will have a population of younger workers. It has not escaped the attention of observers that, by 2025, China would account for less than a fifth of the world's population, but almost a fourth of the world's senior citizens."

"A burgeoning army of pensioners and infirm will eat up investment funds as a fire will consume oxygen," says Joffe. Aging populations worldwide, including our own, put enormous strains on growth and, as we have seen here, social programs such as Social Security and Medicare are threatened with insolvency unless reformed. Nothing scares the political class more as the aging citizens who represent a major voting bloc.

"Economic growth could soar or falter tomorrow, but populations change slowly because they are rooted in long-term trends and culture,' says Joffe.

Joffe also cited China's educational system that places its emphasis on learning the answers to tests as opposed to the ability to think creatively and question government dictates. This reflects in part our own educational system that has been tending toward "teaching to the test" and a national curriculum such as is being imposed in the current "Common Core" program that the Obama administration has introduced.

"In a one-party state that is China, the government is the ultimate guardian over what students and scholars may read, say, and even write, in schools for the elite."

Education is the basis of "human capital" because an educated population is a major contributor to economic growth. "One quick, but effective, way is to look at education expenditures as a share of GDP, where the United States beats China and India hands down." They spend around 3.5 percent while the U.S. spends 7 percent. And this on a population one-quarter the size of China's and one-third the size of India's, and with a GDP that dwarf the economies of China and India by factors of 2.5 and 10, respectfully.

Militarily China may pose a problem for Asian nations; it is unlikely to pose a threat to the United States whose military power, though being reduced by expenditures and other factors, is still the greatest in the world.

"In his Rise and Decline of Nations, Mancur Olson argues that closed societies freeze up-victims of rent-seeking elites who capture political power to cement economic privilege and stifle the competition that fuels rejuvenation."

America's problem is not so much China as it our out-of-control spending and the dangerous increase in our indebtedness. Until this is gotten under control we will be borrowing too much and, China, that purchases much of our debt will do its best to compete economically with a system that does little for its own and which depends on our financial stability.

All of this argues for an America, for all its current problems from an administration trying to "transform" America into a Communist worker's paradise, that will replace the backward steps that have been taken and make the changes necessary to remain the world's only true superpower.

That is the payoff of capitalism and freedom.