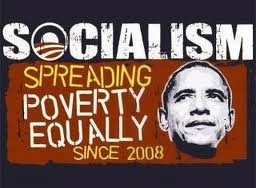 As the liberal disaster called Obamacare unfolds, President Barack Obama is already embarked on his next Big Lie: income inequality.

It's useful to visit some of the planks of Karl Marx's 1848 Communist Manifesto. They included abolition of private property – the keystone of capitalism – and the application of all rents of land to a public purpose. Marx advocated a heavy progressive or graduated income tax whereas a fair tax that treats all Americans fairly by taxing what you spend instead of what you earn. The current tax code is more than 73,000 pages! Marx wanted to eliminate all rights of inheritance and centralize credit by means of a national bank.

What Obama is talking about is socialism/communism when he claims that income inequality must be altered by more government intrusion into our lives and his claims are false. He said that "a dangerous and growing inequality and lack of upward mobility" is "the defining challenge of our time"

His objective is to further divide Americans by promising what government cannot and should not deliver. This is now the Democratic Party theme leading up to the midterm elections in November. He is right about one thing, only economic growth can provide the opportunity for Americans to increase their personal incomes, provide a choice of investments, and save more for the future. In his first five years in office, economic growth has been historically slow.

In a Wall Street Journal opinion commentary by Robert A. Grady he cites a 2011 study by Lee Ohanian and Kip Hagopian, "The Mismeasure of Inequality," that concluded that "inequality actually declined 1.8% during the 16-year period between 1993 and 2009." According to studies by the U.S. Treasury, the capitalist system in America, providing mobility (up or down), found that "considerable income mobility" in the decades 1987-1996 and 1996-2005, found that approximately half of those in the bottom income quintile in 1996 had moved to a higher quintile by 2005. They were decades, the 1980s and 1990s, in which the vast majority of Americans gained higher incomes.

In the past four and a half years since the recession officially ended, poor people and the middle class were hurt the most and opportunity slowed. Under Obama millions of Americans are out of work and dependent on government programs such as food stamps and unemployment compensation. The later ended for many on December 31. The inequality that Obama cites is the direct result of the failure of his economic programs as well as a dramatic surge in federal regulations that harm economic growth.

The Affordable Care Act – Obamacare – is discouraging full-time employment. According to Gallup's payroll-to-population ratio, the proportion of the American population working full-time, has dropped almost two percentage points in the last year to 43.8%. Wall Street Journal columnist noted that Obama spent 2013 fund-raising for the Democratic Party "making 30 separate visits to wealthy donors" at "more than twice the rate of the President's two-term predecessors. On the day following the September 11, 2012 attack that killed an American ambassador and three others in Benghazi, Obama flew to Las Vegas on a fund-raising trip. 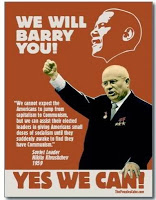 Did the rich get richer? Yes. But the rich earn their money from inheritance, from business development (jobs) and investment. Under communism there is no inheritance; the state gets it all. And the state owns the factories and instruments of production, as well as collectivizing agriculture. It maintains a "progressive" or graduated income tax.

Does the political theme of income inequality work? Bill de Blasio, New York's new mayor, ran on an income inequality platform and will be sworn in by former President Bill Clinton who will be accompanied by his wife, Hillary.

Income inequality will be the theme of Obama's forthcoming State of the Union speech, but like everything else he says it will be a Big Lie.