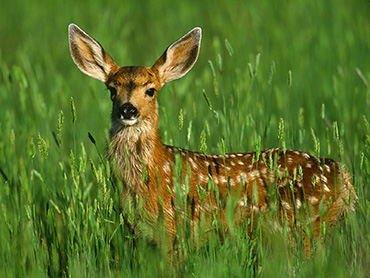 David W. Snook, 57, of Bridgewater, New Jersey died on Wednesday, January 15, when two deer leaped into the path of his Dodge Ram on Route 206. One of them was airborne when it smashed through the front windshield, striking him before exiting out the rear window. This caused the truck to veer into the guard rail and come to rest in a ravine.

In 2012, the New Jersey Department of Environmental Protection estimated that the Garden State was home to 110,000 deer. Each year about 35,000 are killed in hunts and those of us who live here owe the hunters a debt of gratitude. In my county of Essex, home to Newark, the freeholders regularly hire hunters to cull the herd that shares its home with one of the most densely populated counties in the state.

Need it be said that the animal rights crowd is always upset about this. New Jersey also has a fairly sizeable bear population and during the hunting season, between 250 and 450 are "harvested" as the Fish and Game agency calls it. They have been found in all 21 counties of the state. And state officials now estimate that there are more coyotes in New Jersey than bears.

Suffice to say New Jersey's animals are not suffering from a decline in species, nor facing extinction any time soon. My guess – and it's only a guess – is that this is true nationwide. However, to justify one of the dumbest laws ever passed, the Endangered Species Act, some 1,500 species are classified with fuzzy definitions of being "threatened," "endangered" or "recovered."

The Act was signed into law in 1973 by Richard Nixon, who also gifted us with the Environmental Protection Agency, currently doing everything in its power to destroy the coal industry and plants that use it to generate electricity. They claim that the carbon dioxide (CO2) emissions are a threat to the climate, but ignore the many other natural sources of CO2, including all seven billion humans that exhale six pounds of it a day. And that all species would die without CO2 maintaining all the vegetation on Earth.

What is never mentioned is that species extinction has been around as long as there have been species. It was not CO2 that killed the dinosaurs and 75% of other species that had dominated the Earth for 180 million years and there were no humans around to blame for the Great Permian Extinction when more than 90% of all life on Earth disappeared – animals, plants, trees, fish, and even algae. Most geological eras have come to a close with calamitous events.

In December 2013, the Obama administration granted industrial wind farm operators a 30-year permit to kill legally protected bald eagles and golden eagles without being subject to legal repercussions. Wind energy has killed 1.4 million birds and bats every year, including those regarded and protected as threatened such as California condors, bald eagles, and Indiana bats. Apparently, if you are producing 1% percent or so of electricity, it's okay to kill these creatures. Meanwhile everyone else pays higher electricity bills.

The dirty little secret about the Endangered Species Act is that environmentalists have used it for years to deter all manner of economic development by claiming some fish or other creature was endangered if you built a hospital, new homes, or in the case of the dunes sagebrush lizard which lives in the West Texas and Southeast New Mexico Permian Basic when oil companies want to explore and extract this energy resource that will generate jobs and huge tax revenues to help reduce the national debt.

It is insanity to think humans can or should do anything to "save" various species. The most dramatic and tragic evidence of this has been the twenty-year effort to "save" the northern spotted owl. The result was to close millions of acres of federal forests in the Northwest from logging, devastating the once flourishing timber industry.

In July 2011, the U.S. Fish and Wildlife Service announced that it would permit the killing of barred owls believed to be killing the spotted owls. The sawmills that once thrived are mostly gone, along with their jobs, and revenue. The forests are overgrown and are immense fire traps. And the Fish and Wildlife Service thinks that spending $127 million might restore the spotted owl population over the next 30 years.

This kind of stupidity is criminal.

How effective has the Endangered Species Act been? As it enters its 41st year it has "recovered" less than 2% of the approximately 2,100 species listed as endangered or threatened since 1973. A December 17 Wall Street Journal article reported that "it has endangered the economic health of many communities and created a cottage industry of litigation that does more to enrich environmental activist groups" that pays their salaries.

The Endangered Species Act is a huge failure. It should be repealed, but don't expect Congress to do anything that sensible.