Alan Caruba
Why the U.S. has been losing wars 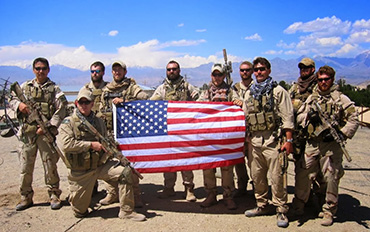 It is typical of the media that it concentrated on a few observations of Obama when reporting on Robert M. Gates new book, "Duty: Memoirs of a Secretary at War," while ignoring the main themes of the 600-plus page book.

Suffice to say, this is not light reading. It reads much of the time like a daily record of endless meetings – because there were endless meetings – and it is filled with the details of personnel changes and much else that went with a job he took on during the last two years of the Bush administration and was requested to remain on by Obama.

He did so for another two years and he describes the frustrations of being in the inner circle of the handful of people to whom all the problems, domestic and international, came to for decisions. As Gates notes, "while the national security apparatus to deal with such problems is gigantic, ultimately they all had to be addressed by just eight people: the President, the Vice President, the Secretary of State, the Secretary of Defense, the chairman of the Joint Chiefs of State, the director of national intelligence, the director of CIA, and the national security advisor."

One cannot come to any conclusion other than the fact that Gates, a former Director of the CIA, a position he rose to after years in the spy agency, is a patriot for whom partisan politics is of little importance compared to the range of enemies the U.S. had to address when he served as the Secretary of Defense. What kept him on the job was literally his love of the troops who serve in our armed forces.

If one reads the book looking for juicy revelations about those for whom and with whom he served, you won't find any. He is uniformly sympathetic to all of them, understanding the immensity of the pressures, no matter their experience and judgment.

What also comes through, however, is the way the bulk of the people whom we elect to high office in the White House and Congress, or who serve in various appointed offices are rarely extraordinary intellects, but rather fairly ordinary individuals who are in these positions often largely due to their personal ambitions.

The military, based on merit, does a good job of selecting men – and now women – to rise to flag rank, but the Pentagon as a whole, as Gates reveals, is a massive inefficient bureaucracy filled with people who are mostly detached from the fact that the U.S. has been at war since 2001 in Afghanistan and, until we were forced to withdraw, in Iraq since 2003. Even worse, for those in Congress these wars were more about how much to fund the Pentagon and the political ramifications of conflict's success or failure than about the young men and women sent to fight them.

It gets worse. Military budgets are based on five-year plans and most procurements of the hardware needed to fight a war represented programs that could take years, even decades, from the decision to the delivery. The wars the Pentagon remains focused on are not the insurgencies led by non-state actors like al Qaeda, often unpredictable conflicts, but those more related to World War Two and the Cold War when major adversaries faced off against one another.

As the years have gone along, I would complain that the U.S. had forgotten how to fight wars, but I too was thinking of the big ones. At the time, I swiftly came to regard Vietnam as a war in which we should have never become engaged. It had begun in 1950 with a few military "advisors," escalated dramatically through the 1960s, and finally ended in 1973, but not before 58,220 American troops had died.

After September 11, 2001, I thought the attack on the al Qaeda in Afghanistan was an appropriate response, but I doubt anyone thought we would stay on an engage in "nation building." This repeated itself after Iraq's Saddam Hussein provoked action in the 1991 Gulf War to drive him out of Kuwait – a war that lasted 100 hours, but was followed by another in 2003 to remove him. What followed was more nation-building in a 4,000 year old nation that had always been run by despots and no experience with democracy.

Gates says that "all the services regarded the counterinsurgency wars in Iraq and Afghanistan as unwelcome military aberrations, the kind of conflict we would never fight again." We had, by then, been fighting such conflicts in Grenada, Lebanon, Libya (twice), Panama, Haiti, the Balkans and elsewhere "usually in relatively small-scale but messy combat."

There's a reason the subtitle of Gate's book was about "a secretary at war." His memoir is about a job that put him at war with Congress, with those in the Pentagon, and in conflict with those in the White House who often did not grasp the horrors of war. While Bush had confidence in the military, in the Obama White House "suspicion and distrust of senior military officers by senior White House officials – including the President and Vice President – became a big problem for me as I tried to manage the relationship between the commander-in-chief and his military leaders."

This is why the Gates memoir is about a nation that has been fighting and losing wars for far too long. It is about American Presidents who "confronted with a tough problem abroad, have too often been too quick to reach for a gun – to use military force..."

War is not a video game or a technological endeavor that kills safely and at a distance. Gates quotes Civil War General William T. Sherman who said "every attempt to make war easy and safe will result in humiliation and disaster." Famously, Sherman said, "War is hell."

The U.S. has been losing wars for a long time now. We don't seem to be learning anything from that history.