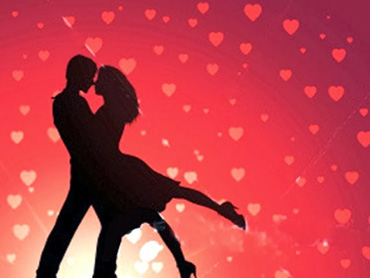 A great marriage is a marvelous and mysterious thing. My parents celebrated 64 years of marriage together until my Father passed away. Even into his 90s, he could not leave the dinner table without pausing to give her a kiss. They enjoyed each other's company and gave each other the space to pursue their interests.

Valentine's Day arrives preceded by two weeks of commercials in which men are reminded to purchase flowers, chocolates, pajamas, or teddy bears for the women they love. In my parent's era – they were born in 1901 and 1903 – and in the era in which I spent my childhood and became a young man, the 1940s and 1950s, courtship was expected to result in marriage. Getting divorced or having a child out of wedlock was a disgrace. Compare that to the present era.

In the 1950s, having returned from the great drama of World War Two, men wanted to settle down and start families, and as William Tucker notes in his new book, "Marriage and Civilization: How Monogamy Made Us Human," "More than 75 percent of households were occupied by married couples. Illegitimacy was a miniscule 5 percent...The phenomenon of "single motherhood" was virtually unknown."

My Father, a Certified Public Accountant, was the breadwinner, but my Mother also contributed because, for three decades she taught gourmet cooking in adult schools where we lived. She was an expert on wine and wrote two cookbooks, gaining awards from France and elsewhere. I grew up in a town that was the quintessential suburb filled with tree-lined streets and broad lawns. The men went off to work. The women tended to the children and the home.

Their generation and mine could never have imagined the society in which we live today. Tucker asks, "Should we attempt to strengthen the traditional two-parent family or do we accept broken homes and single motherhood as a 'new type of family' – one that seem to require the everlasting support of the government?"

If we do not strengthen the traditional family, our society, our values, and our nation will be in deep trouble, if it isn't already. A nation in which abortion was legalized in 1973 has witnessed the destruction of the lives of 55,772,000 unborn children and counting.

One of my friends was Betty Friedan, the author of "The Feminine Mystique," published originally in 1963. A formidable intellect, Betty was also a socialist to the core. The book spoke about the pent-up wishes of women to be something more than wives and mothers. It unleashed a revolution and in 1981 she followed it up with "The Second Stage" which she called "a problem that has no name." How were women supposed to live with their new freedoms? She inscribed the book to me, "For Alan – who surely is a second stage man."

"Since antiquity, monogamy has been the general rule of Western civilizations," notes Tucker. "It is often easy to overlook how unique the organization of human society is in nature. Of all the species ever identified, approximately 95 percent are polygamous." We share a unique commonality with chimpanzees. "Chimps and humans are theonly two species in nature where the band of male brothers forms the core of the group...The result is that human beings are the only species in nature where males work together in the context of social monogamy. That is what makes us unique. It makes us human."

There's more. "Within the anthropological record, there is a statistical linkage between democratic institutions and normative monogamy." Dating back to ancient Greece, "the peculiar institutions of monogamous marriage may explain why democratic ideals and notions of equality and human rights first emerged in the West."

"Monogamous families," writes Tucker, "create socially conscious human beings ready to live in peaceful societies." There are a billion Muslims in the world and Islam permits polygamous marriage. The nations where it is the dominant religion have a long history of warfare with each other and with nations in which monogamy is the standard.

"Monogamous marriage is the most thrilling adventure anyone ever undertakes – that perilous encounter with an individual who is so much like you yet so different, the other half of your humanity, without whom you are never a complete human being, It relies not on sex, which is easy, but on romance, falling in love and staying in love, which is the work of a lifetime."