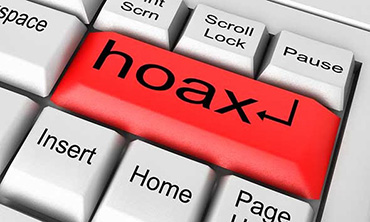 Barack Obama will be remembered for many things during his two terms in office, but high on the list, right after lying to everyone about everything, will be his determination to waste billions of taxpayer dollars on every Green scheme from solar and wind energy to electric cars, and now on "climate change."

He is calling for a billion-dollar climate change fund in his forthcoming budget, due out next month. As reported in The Wall Street Journal, the fund "would be spent on researching the projected effects of climate change and helping Americans prepare for them, including with new technology and infrastructure, according to the White House.

We don't need any research and we don't need any new technology. The National Weather Service has hugely expensive computers that enable it to predict what the weather will be anywhere in the U.S. with some measure of accuracy for up to three or four days. After that, it gets fuzzy. What will the weather be next week? Well, maybe a bit warmer or a bit colder.

As for the effects of weather events, we have centuries of knowledge regarding this. We know what happens after a blizzard or a hurricane, a drought or a flood.

When a huge storm like Sandy hit the East Coast, we had FEMA that was supposed to come in and help the victims. The federal government also came up with a couple of million for the States most affected, but it is still a problem that local first responders and utilities have to address most directly.

Obama was out in California to show his concern for the drought-stricken farmers and the administration is speeding delivery of $100 million of aid to livestock farmers, $15 million for areas hit hardest, and $60 million for California food banks to help the poor. Rep. Kevin McCarthy(R-CA) pointed out that the drought has been "exacerbated by federal and state regulations" including an environmental rule that placed "the well-being of fish...ahead of the well-being" of communities.

Like Rep. McCarthy, those on the scene point out that the drought is in part the result of the failure to restore the water flow from California's water-heavy north to farmers in the central and south. House Bill 3964 does that, but only if the Senate will stop holding it up. Rep. McCarthy is joined by Rep. Devin Nunes explaining that California's system of aqueducts and storage tanks was designed long ago to take advantage of rain and mountain runoff from wet years and store it for use in dry years.

As Investors.com pointed out, "Environmental special interests managed to dismantle the system by diverting water meant for farms to pet projects, such as saving delta smelt, a baitfish. That move forced the flushing of three million acre-feet of water originally slated for the Central Valley into the ocean over the past five years."

Obama made no mention of that, but it is an example of how, in the name of climate change billions are wasted or lost, such as when the outcry over Spotted Owls caused a vast portion of the Northwest's timber industry was decimated by the false claim that they were "endangered."

All this traces back to the founding of the Intergovernmental Panel on Climate Change (IPCC) in 1988 by two United Nations organizations, the World Meteorological Organization and the United Nations Environmental Program. The IPCC was given a formal blessing by the UN General Assembly through Resolution 43/53.

And what has the IPCC done? It has championed the utterly false claim that carbon dioxide (CO2) is responsible for warming the Earth and that all the industries and other human activities that create CO2 emissions had to reduce them in order to save the Earth. In 2007 the IPCC and Al Gore would share a Nobel Peace Prize. As an organization and as an individual these two have proved to be the among the greatest liars on planet Earth. 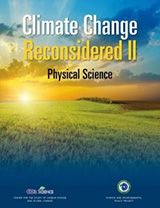 Dr. Craig D. Idso, PhD, is the founder and chairman of the Center for the Study of Carbon Dioxide and Global Change. He is an advisor to The Heartland Institute and, with Dr. Robert M. Carter and Dr. S. Fred Singer, authored the 2011 study, "Climate Change Reconsidered," for the entertainingly named NIPCC – Not the Intergovernmental Panel on Climate Change. Published by The Heartland Institute, a free market think tank that has led the effort to expose the IPCC since 2009, sponsoring eight international conferences, the report was updated in 2013 and a new update is due in March.

Writing in The Hill on January 30, Dr. Idso said "the President's concerns for the planet are based upon flawed and speculative science; and his policy prescription is a recipe for failure" noting that "literally thousands of scientific studies have produced findings that run counter to his view of future climate."

"As just one example, and a damning one at that, all of the computer models upon which his vision is based failed to predict the current plateau (the cooling cycle) in global temperature that has continued for the past 16 years. That the Earth has not warmed significantly during this period, despite an 8 percent increase in atmospheric CO2, is a major indictment of the model's credibility in predicting future climate, as well as the President's assertion that debate on this topic is 'settled.'"

"The taxation or regulation of CO2 emissions is an unnecessary and detrimental policy option that should be shunned," said Dr. Idso. Unfortunately for Americans, that is precisely the policy being driven by Obama's Environmental Protection Agency, along with the Department of the Interior and other elements of the government.

So the trip to California with its promise of more million spent when, in fact, the Green policies of that State have caused the loss of the Central lands that produce a major portion of the nation's food stocks, reveals how utterly corrupt Obama's climate-related policies have been since he took office in 2009.

Billions of taxpayer dollars have been squandered by the crony capitalism that is the driving force behind the IPCC's and U.S. demands for the reduction of CO2 emissions.

What is profoundly disturbing is the deliberate political agenda behind the President's lies and Secretary of State John Kerry's irrational belief that climate change is the world's "most fearsome" weapon of mass destruction.