Alan Caruba
Stupid, evil or both? 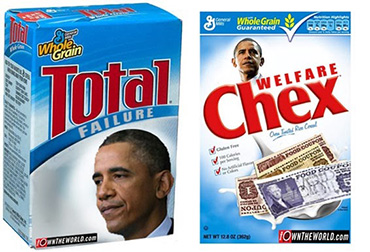 For a long time now I have been trying to determine whether the Obama administration is stupid, evil or both. In addition to its long list of scandals, its governance of America increasingly looks like and acts as if the power granted to it by two elections exists to intimidate and harass Americans, inflict endless new taxes, and granted it the right to destroy one of the best healthcare systems and military in the world.

Listening to President Obama and Secretary of State John Kerry constantly talk about the non-existent threat of global warming/climate change is both stupid and evil. There is no global warming. The Earth has been in a cooling cycle for some seventeen years at this point and the supposed "science" they cite – that carbon dioxide emissions will heat the Earth – is utterly bogus, based entirely on computer models that have been wrong from the day the Intergovernmental Panel on Climate Change were first used.

In a recent article in Forbes magazine, James Taylor, editor of The Heartland Institute's Environment and Climate News, noted that "More than 30,000 scientists have signed a summary of the science explaining why humans are not creating a global warming crisis." He cites several other surveys that confirm that neither scientists nor the public regard global warming/climate change to be a concern.

What should be a major concern, however, is the way the Obama administration has transformed the Internal Revenue Service into an agency to thwart conservative groups from receiving non-profit status to advance their views. The Environmental Protection Agency has been let loose to generate all manner of regulations whose intent is to shut down coal-fired plants that produce electricity and deny the ability to build new ones. The amount of electricity that is being produced from these plants has dropped significantly from the 50% it once was.

The passage of the Affordable Health Care Act – Obamacare – is wreaking havoc on the economy and is the result of the lies told by the President and many Democratic members of Congress who voted for it without even reading it. The nation is suffering from losses of jobs and the reduction of full-time jobs to part-time. Americans are losing their healthcare plans and Obamacare plans have far higher premiums. Individuals and businesses who fail to sign up for one face fines.

This is worse than stupid. It is evil. It is a deliberate attack on the nation's economic growth, rendering an estimated 100 million Americans without employment and forcing millions to apply for food stamps in order to put food on the table.

While the lies are evil, the stupidity of those like former Speaker of the House Nancy Pelosi is demonstrated by things she has said in recent years.

"It's almost a false argument to say we have a spending problem." The nation has a huge borrowing and spending problem that currently adds up to more than $17 trillion in debt. Federal spending (25% of the Gross Domestic Product) is the highest since World War II as is the budget deficit (10% of GDP). The U.S. suffered the first downgrade in its credit rating in its history.

The administration's "stimulus" program wasted billions on alternative energy companies that often filed for bankruptcy shortly thereafter. The promise of "green jobs" was as specious as "shovel ready" jobs that even the President admitted did not exist. Nancy Pelosi said at the time that "Every month that we do not have an economic recovery package 500 million Americans lose their jobs" but the U.S. population is currently around 317 million total!

This goes well beyond just stupidity. Obama's, Pelosi's, Biden's and other administration member's statements have been a consistent record of lies and that is evil.

When Obama took office in 2009 America was still regarded as the leading nation in the world in the arena of foreign affairs, but in the years since then nations and non-state enemies such as al Qaeda have concluded that it has demonstrated not just weakness, but dangerous stupidity as seen in its current efforts to negotiate with Iran to cease its quest of nuclear weapons. To this day its leaders still lead chants of "Death to America" and to our only true ally in the Mideast, Israel.

Claims that al Qaeda had been defeated were also false as it and other Islamic radical groups expand their activities.

One can barely find any evidence that the Obama administration has shown any success domestically or in foreign affairs and we still have three more years of it to endure.

The only hope at present is the forthcoming November midterm elections and, if power in the Senate can be acquired by the Republican Party and expanded in the House, efforts to thwart the deliberate destruction of the nation can be enacted. We have been living with a President who has refused to negotiate with Congress and with a Senate Majority Leader, Harry Reid, who has blocked debates and votes on any of the legislation initiated in the House.

The nation is just months away from either further decline or a reversal of policies that are either stupid or evil or both.