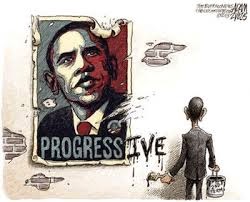 America for its first century and a quarter was home to a capitalist system and philosophy that took it from a largely agricultural economy to one that saw the rise of its vast industrial base. In 1913 that changed with the creation of the Federal Reserve, a banking cartel, and the introduction of income taxes. It was a time that gave rise to socialist ideas focused on a central government that controls all aspects of the economy and the lives of citizens.

In 1917 the Bolsheviks seized control of Russia and began implementing Karl Marx's and Vladimir Lenin's Communism. That lasted about seventy years until the Soviet Union collapsed for the simple reason that neither Communism nor its cousin, Socialism, works. Freedom and justice go hand-in-hand with successful economies.

Even Communist China seeks to operate with a capitalist economy, participating in international trade organizations, and a banking system that supports business and industry. It retains political control. What we have been witnessing over the last century and this one is the assertion of more and more federal control by our own government.

In Venezuela, its citizens are in the streets protesting its Communist government. In the Ukraine, elements of its citizenry overthrew a president who preferred to ally with Russia than the European Union.

As an advisor to the free market think tank, The Heartland Institute, I receive their publications and visit their website for a great treasure of timely, pertinent information about trends and events in the nation. I recently received its quarterly report that led off with a commentary by its president, Joseph Bast, with whom I have been a friend for many years.

Drawing on a quote by Ronald Reagan who warned against "the anthill of socialism" Bast took a look at the Obama years with devastating accuracy for they are in so many ways a reflection of what is so wrong about socialism.

"Attacks on basic American freedoms are occurring at such a frantic pace and in such disparate arenas that it is easy to lose sight of the bigger picture," wrote Bast, pointing to the 2013 State of the Union speech by Barack Obama. "His top priorities were overhauling immigration laws, passing new gun-control legislation, expanding early childhood education, and raising the minimum wage."

"Illegal immigration is down dramatically since the Great Recession started."

"Early childhood education programs don't produce benefits that last more than a year or so."

"And only six percent of the population is paid the minimum wage, and the overwhelming majority move quickly to better-paying jobs."

It is Obama's communist ideology that prompted these and other actions. It is his emersion in Chicago politics that has corrupted the Internal Revenue Service. It is his weakness regarding American exceptionalism that has caused him to back away from global leadership. It is his bashing of "millionaires and billionaires" that reflects his belief in "income inequality" when everyone wants to join their numbers and many do. The disaster of Obamacare reflects his desire to expand government control of the nation's health system and reduction of the health insurance industry to a handful of selected companies.

"Why not propose pro-jobs policies like removing unnecessary regulations and taxes – like the highest corporate income taxes in the world – to improve the business climate?" asks Bast. "Why not support pro-consumer health care reform, like replacing the tax exclusion for employer-provided health insurance with an individual tax credit that rewards people for being smart consumers of health care without rationing and without erecting a massive bureaucracy?"

Clearly Americans have taken notice of an economy that has not emerged from the 2008 financial crisis. They have seen how horrid Obamacare is, losing health care insurance plans they liked and being denied their patient relationship with physicians of their choosing, all while driving up their costs.

"Obama and the folks around him are trying to create a new economy that looks a lot like the ones liberals in the 1960s and 1970s imagined: lots of central planning, income redistribution, the illusion of world peace, and windmills."

The danger of what Obama is doing is becoming obvious to a growing body of Americans, though not yet enough to curb and reverse it; those who prefer the welfare programs and those whose liberal indoctrination and addiction prevents them from seeing what so many others do.

"The national government and its sycophants in the mainstream media tell us everything is going great, but the truth apparent all around us is nearly exactly the opposite."

"We can search for and report the truth, talk to our friends and neighbors, and make sure they know what is at stake in November," wrote Bast.

A good place to start is the Heartland website. The next thing to do is vote in the midterm elections to eliminate those in Congress who are part of the destruction and to replace them with those who want to put a stop to it.