March 25, 2014
No one gets elected President by being stupid, unless of course the election is stolen in cities controlled by the Democratic Party, but one must also factor in the intelligence of nearly half of the voters who pull the Democratic Party lever no matter who the candidate may be.

America is seriously divided between liberals and conservatives, but there are indications that even those who self-identify as liberals are having second thoughts as the result of the havoc Obamacare has inflicted on their lives and the economy. Voters who self-identify as "independents" are the deciding factor in most elections. They reflect disenchantment with both parties. 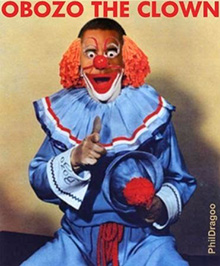 I have been thinking about whether Obama is stupid because he has been in Europe with the leaders of the nations who are grappling with the seizure of Crimea by Russia. I keep wondering, given his record at this point, whether they too think he's stupid. He has taken the most powerful and respected nation in the world and reduced it to ridicule and disdain. When he leaves the room do they shake their head and roll their eyes?

The question of whether Obama is stupid would seem to be disputed by the fact that he is a Harvard Law School graduate and one has to have some degree of intelligence to navigate that. His undergraduate college is Columbia University, one of the most liberal in the nation. In neither case do we know how Obama did academically because he took care to have his records kept from public review.

Indeed, most public records regarding his life, including his birth certificate have been kept hidden. The one he provided has been deemed a forgery. There are claims as well that his Social Security number is questionable.

So, one could argue that he was not stupid enough to let people know the truth. What we do know is that he is a complete stranger to the truth, uttering lies on a daily basis. That is a serious character flaw in anyone, but in a President it is a threat to the nation.

What we do know is that Obama is so devoted to a Marxist ideology that it warps his view of the world and that he has devoted his two terms in office to the "transformation" of America; another way of saying that he embraces issues, foreign and domestic, that do not reflect the history or values of the nation.

America has now twice elected a Communist to its highest office and the result has been a failure, deliberate or the result of his ideology, to lift the nation out of a recession by lowering taxes, reducing spending, and other means well known to previous presidents.

The result has had a cataclysmic effect on the lives of millions of Americans. What growth has occurred has not been due to anything the White House or Congress has done, but in spite of both.

The opening of negotiations with Iran and reductions of sanctions against it simply gave it more time to pursue its intent to create its own nuclear weapons. This isn't just stupid, it's insane. The time wasted on securing peace from the Palestinians after decades of their open hatred of Israel is also stupid.

Obama's failure to work closely with Congress reflects his indifference to the Constitution and, having lectured on it, it cannot be said that he is ignorant of its limits on the executive office and its division of power between the three branches of government He doesn't seem to care much what the Constitution says. That's stupid. The result has been a very meager legislative record and that is a good thing given his ideological inclinations.

We all know of men and women in high office or CEOs of major corporations that offer ample evidence of stupidity, but the latter can be removed by their board of directors. Americans have no options for the removal of Obama. Impeachment will not likely occur even if the GOP gains control of both houses of Congress. Obamacare and the economy have been his greatest gift for their renewal of political power.

Obama's "war on coal" and other efforts of his administration to keep America from tapping huge reserves of energy that would greatly improve our economy with jobs and exports is both stupidity and ideology. You have to be stupid to keep talking about "climate change" aka "global warming" when the only change of the past 17 years has been a planet that is cooling,

The danger the nation faces is real and present. The reduction of our military strength has not gone unnoticed by totalitarian and rogue regimes. Obama's deliberate withdrawal of the nation from its position of global leadership is a threat of major proportions.

History hangs on questions of leadership and Obama has shown none, nor evidence of caring about the results of his failures. That's a pretty good definition of stupid.