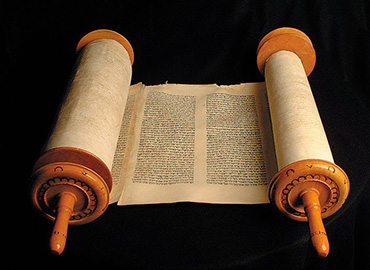 At sundown on Monday, April 14, Jews around the world will celebrate Passover with the traditional Seder dinner. Passover is about the exodus from Egypt and a reminder that they were slaves until led to freedom by Moses. Passover is an annual reminder of the survival of Jews and Judaism against extraordinary odds.

Conquered and exiled people in the past often disappeared. As Wikipedia notes, the first appearance of the name "Israel" was an Egyptian inscription dated around 1200 BCE. The term "Land of Israel" is found in the Torah, also called the Old Testament. Around 722 BCE it was conquered as was Judah in 586 BCE. Later, in 165 BCE the Jewish Hasmonean Kingdom was established, lasting 99 years and destroyed after the Romans captured Jerusalem in 66 BCE.

Until the State of Israel was reestablished in 1948, a constant Jewish prayer was "Next year in Jerusalem." When Israel's independence was declared, it was immediately attacked by five neighboring Arab nations who were to various degrees defeated.

In 1967 Israel was attacked by Egypt, Jordan, and Syria, but they were again defeated. 1n 1973, the Yom Kippur war took its name from having been attacked on its most holy of days by Syria and Egypt. While other nations are granted the lands they capture in war, particularly a war of defense, Israel continues to be accused of "occupying" them.

Israel has never really enjoyed peace with the nations that surround it and others in the Middle East. These days it is continually under attack from the Palestinians who protest their refugee status, but nothing is ever mentioned of the hundreds of thousands of Jews who became refugees when they were forced to flee from Middle Eastern nations in which many had lived for generations; double the number cited for Palestinians displaced in 1948.

A constant stream of UN resolutions has been directed against Israel. The Palestinians today are demanding recognition as a separate state, but after six decades they have never accepted the right of Israel to exist, insisting instead on its destruction.

These days it is the Christians of the Middle East experiencing the persecution the Jews have always known.

I was thinking about this as I read of the latest failure of the Obama administration to achieve what no previous one accomplished, a state of peace between Israel and the Palestinians. Secretary of State, John Kerry, was so desperate for any solution that he floated the notion of freeing the Israeli spy, Jonathan Pollard, currently serving a life sentence, in exchange for Israel's acceptance of the transfer of strategic parts of its homeland and acceptance of the return of millions of Palestinian Arab refugees – now the oldest "refugee" group in the world. Even Pollard denounced this.

How eager have the Israelis been to find any grounds for peace? They have repeatedly released Palestinians who engaged in terrorist attacks, many of which resulted in the deaths of Israelis. The latest such release was abandoned as the Palestinian leadership repeated its impossible demands. Unlike Gaza that was abandoned by Israel to provide Palestinian living space and is controlled by Hamas, a terrorist organization, the Arab citizens of Israel enjoy the same rights as their Jewish neighbors, a true democracy that does not exist anywhere in the Middle East where monarchies and despots continue to rule.

The "Arab Spring" was an effort by Egyptians, Libyans, and Tunisians to overthrow their despots. The new, interim Egyptian government has declared the Muslim Brotherhood as a terrorist organization. The Palestinian groups, Hezbollah and Hamas, have a long history of terrorism as do fascist Islamic groups such as al Qaeda and others.

The Passover Seder is the same dinner as the Christian "last supper" celebrated by Jesus and his apostles. While Jews pray for a messianic age, Christians identify Jesus as their messiah. Ironically, early Muslims prayed facing Jerusalem until the Jewish tribes of their time refused to accept Mohammed as the final prophet of God and were driven from Medina, suffering great slaughter and enslavement.

Islam practices a form of equal opportunity intolerance. It holds all other religions in contempt, but retains a special disdain for Judaism and Christianity.

I doubt that either President Obama or John Kerry know or care about the history I have cited. Despite the fact that Israel is literally the only ally the U.S. has truly had in the Middle East, Obama's policy has been to withdraw from that region of the world and largely abandon it to the turmoil it is enduring. Their effort to negotiate with Iran ignores its hatred of the U.S. since it took our diplomats hostage in 1979 and its long quest to have its own nuclear weapons with which to impose its hegemony. All of Obama's efforts regarding the Middle East have met with failure.

In two places, Israel and America, a population of six million Jews in each nation represents the bulk of the world's Jews. Scattered throughout the rest of the world is the Jewish Diaspora. All suffer open or silent anti-Semitism to some degree. Jews have not engaged in the evangelism of Christianity or Islam, but they have never closed the doors to anyone who has adopted their faith.

From a spiritual point of view their existence and the resurrection of Israel is a miracle. In my lifetime, they have risen like the mythical phoenix from the ashes of the Holocaust in which millions were killed, as were Christians who also perished in Nazi death camps.

I do not know why Jews have been the subject of so much hatred over thousands of years. Some of it can be attributed to the competition of the religions whose roots began in Judaism; Christianity and to a lesser degree, Islam. Some of it has to be an irrational belief that Jews are different from the rest of humanity, but they are not.

They are a people who have survived based on their belief in a universal God of all mankind, the laws He set forth, and in their history as recorded in the Old Testament and since.

"Now therefore, if you will indeed obey My voice and keep My covenant, then you shall be My own possession among all the peoples, for all the earth is Mine; and you shall be to Me a kingdom of priests and a holy nation. These are the words that you shall speak to the sons of Israel. And Moses came and called the elders of the people, and set before them all these words which the Lord had commanded him...And all the people answered together and said: 'All that the Lord hath spoken we will do.'" Exodus, 19.