April 15, 2014
There's something very sad about the murders in Kansas City that began the holy week for Jews – Passover – and the forthcoming Easter for Christians. The two events are closely linked biblically and historically. The murders are a rebuke to both faiths. 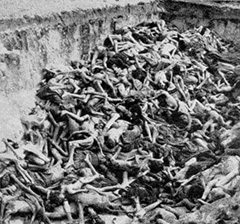 There is irony and tragedy in the murder of William Lewis Corporon and his grandson, Reat Griffin Underwood. Both were Christian. As of this writing, the third victim, a woman, is identified as a Jew. The first two were visiting a Jewish community center to participate in a music contest. The other victim was killed at a Jewish retirement community.

The alleged perpetrator is Frazier Glenn Cross who was identified by the Southern Poverty Law Center as having been involved in the white supremacist movement for most of his life. Fox News reported that he "founded the Carolina Knights of the Ku Klux Klan and was its "grand dragon" in the 1980s before the Center sued him for operating an illegal paramilitary organization and using intimidation tactics against blacks."

I cannot even imagine what it must be like to devote one's entire life to hating blacks and Jews. Hatred is a corrosive emotion and the complete opposite of the values that both Judaism and Christianity embrace.

Michael Siegal, chairman of the Jewish Federations of North America, said "no community should have to face a moment such as this one. Today, on the eve of Pesach, we are left to contemplate how we must continue our work building a world in which all people are free to live their lives without the threat of terror."

The key element in his statement is "all people."

Around the world today terror is the primary weapon of those who would impose Islam on everyone while killing thousands of their own believers and, in the case of Israel, threatening death to an entire nation of Jews. It must be noted that thousands of Arabs are Israeli citizens as well.

It reminds one that the Nazi death camps and deliberate killing of others in the last century not only killed Jews, but millions of Christians as well. According to Wikipedia:

"In addition to Jews, the targeted groups included Poles (of whom 2.5 million gentile Poles were killed) and some other Slavic peoples; Soviets (particularly prisoners of war); Romanies (also known as Gypsies) and others who did not belong to the Aryan Herrenvolk "Aryan master race"; the mentally ill, the deaf, the physically disabled and mentally retarded; homosexual and transsexual people; political opponents such as communists, social democrats and socialists; and religious dissidents, i.e. members of Jehovah's Witnesses.[2][3] Taking into account all of the victims of Nazi persecution, they systematically killed an estimated six million Jews and mass murdered an additional eleven million people during the war. Donald Niewyk suggests that the broadest definition, including Soviet civilian deaths would produce a death toll of 17 million."

One can only conclude that humans are a very dangerous specie, inclined to kill its own for reasons that focus on religion, politics, and other factors.

By contrast, Passover and Easter focus on survival and sacrifice in the face of evil. Both acknowledge and celebrate the role of our Creator. Holy week for both Jews and Christians is a good one to concentrate on the values that they both teach and uphold. It is also a week (among all the others) to dedicate ourselves to opposing those for whom hate is their only reason to exist.