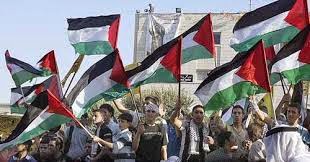 "The demands, conditions, stipulations, and decisions pouring out of Mahmoud Abbas's office in the last month or so have persuaded everyone concerned that the Palestinian's mind is in a total muddle," opined an April 24 Israeli-based newswire Debka File. It reported that Israel's Prime Minister, Binjamin Netanyahu, had broken off peace talks with the Palestinian Authority (PA), also known as Fatah, after Abbas, its leader, had announced Fatah would unite with Hamas, another Palestinian group with which it had been at odds since 2007.

Confusing? You're not alone. As Debka File put it, "No one in Jerusalem or Washington can figure out what he wants. And even his closest aides believe that he doesn't know his own mind and are afraid of what he may dream up next."

As Israel commemorates Holocaust Remembrance Day which began at sundown on Sunday, Abbas grabbed international headlines by declaring that the Holocaust was the "most heinous" modern crime, but seemed to equate what happened to Europe's Jews during World War Two with Palestinians today who, he said, "suffer from injustice, oppression, and are denied freedom and peace..." The fact that they and the Arab League have refused for over six decades to accept Israel's right to exist went unmentioned. Now that's chutzpah!

"In Gaza City, meanwhile," reported Debka File, "his Fatah and the rival Hamas celebrated their umpteenth unity pack in nine years, although not a single clause of any of the foregoing documents was ever implemented."

If the Palestinians as a whole and the two organizations that self-identify as representing them seem unable to function in a rational fashion, that is a fair conclusion.

This is what the Israelis have been dealing with before and ever since Yasser Arafat created the Palestinian Authority in 1959 directing it until his death in 2004. Its original purpose was the destruction of Israel, but Arafat modified that on occasion to give the impression of legitimacy and to seek ways to return Israel to its original borders in 1948 and later 1964. In 1987 he launched a prolonged Palestinian uprising known as the Intifada, killing many Israelis. And you wonder why Israel has built high walls and fences in some areas?

Hamas is closer to Arafat's original goal, having been openly dedicated to the destruction of Israel since its formation in 1987 during the Intifada. It is an offshoot of the Muslim Brotherhood and has controlled Gaza since June 2007, having forcibly driven out Fatah representatives. It has been deemed a terrorist organization by the U.S. since 1997, as does the European Union, Jordan, Saudi Arabia, the United Arab Emirates, and Egypt, but not by Iran, Turkey, and China. In 2005 Israel turned over the Gaza strip to the Palestinians as a gesture of peace which has been rewarded by constant rocketing launched from there ever since.

Sarah Stern, the founder and president of the Endowment for Middle East Truth (EMET) said on April 25 that "Since September 13, 1993, the Palestinian Authority has been playing a double, duplicitous and highly dangerous game of 'good cop/bad cop.' While the Palestinian Authority ended their diplomatic isolation in the community of nations by signings Oslo, Wye, the Roadmap for Middle East Peace, and all subsequent agreements, they have used their enhanced diplomatic status to wage a nonphysical war against Israel through systematic campaigns of distortion and dehumanization of Israel and the Jew in the international court of public opinion."

EMET condemned the Palestinian Authority for supporting terrorism against Israel "regularly applauding suicide bombers and calling on children to become martyrs...it is time to stop giving American's taxpayer dollars, to the tune of more than $600 million a year, to the PA."

One has to ask why Secretary of State John Kerry has wasted months trying to secure peace between the Palestinian Authority and Israel when the former has never demonstrated any real effort to engage in peace beyond the formalities of treaties it has routinely ignored. The announcement that it would join with Hamas is testimony to its dedication to destroying Israel in its quest to declare control of the disputed area. Since 1948, Israel has been a sovereign state. All previous efforts by the U.S. have ended in failure.

Lately, the PA, designated a United Nations "observer," has been applying for membership to 15 UN bodies. The UN has demonstrated its support for the PA for years, even annually celebrating a day devoted to the Palestinian "refugees," the oldest such "refugee" group in history, due in large part by the refusal of Arab nations to extend citizenship to them. The UN has maintained UNRWA, its Relief and Works Agency, since 1948 when Israel was attacked and defeated its neighbors. In subsequent wars it expanded its borders to include the Golan Heights and the West Bank.

If the Fatah-Hamas unity effort is successful, it will further isolate the Palestinians who have few, if any, friends left in the Middle East and it renders the United Nations, presumably devoted to peace, as pathetic as the Palestinians.

The restraint that the Israelis have demonstrated over the past 66 years has been quite extraordinary. They are not, however, going to accept several generations of Palestinians to "return" into their nation where many have never lived since 1948.

The Palestinians have not given Israel any reason to have any confidence in what they say publicly for world consumption and the latest "unity" announcement at least confirms their bad intentions. In addition to Hamas, the Iranian pawn, Hizbollah, composed largely of Palestinians, gives Israel even less reason to regard them as anything than enemies.

And while this goes on, the Israelis must make plans to respond to the failure of the U.S. effort to get Iran to stop enriching uranium to make their own nuclear weapons. When it is declared dead, they will have no other option than to attack Iranian facilities.