Alan Caruba
The EPA is America's other enemy 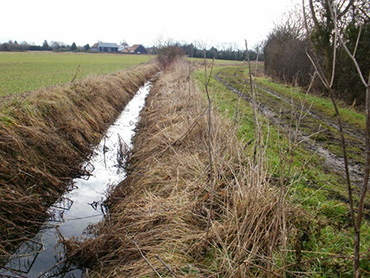 While our attention is focused on events in the Middle East, a domestic enemy of the nation is doing everything in its power to kill the provision of electricity to the nation and, at the same time, to control every drop of water in the United States, an attack on its agricultural sector. That enemy is the Environmental Protection Agency.

Like the rest of the Obama administration, it has no regard for real science and continues to reinterpret the Clean Air and Clean Water Acts. It has an agenda that threatens every aspect of life in the nation.

As Craig Rucker, the Executive Director of the Committee for a Constructive Tomorrow (CFACT) recently warned, "True to her word," EPA Administrator Gina McCarthy, "is busily grabbing powers for EPA that Congress specifically chose not to grant, and that the Supreme Court has denied on multiple occasions."

"The federal bureaucracy under the Obama presidency has a voracious appetite for more power. It despises individual liberty and drags down the economy every change it gets," Rucker warns.

In addition to implementing President Obama's "war on coal" that is depriving the nation of coal-fired plants that provide electricity, the EPA has announced a proposed rule titled "Definition of 'Waters of the United States' Under the Clean Water Act," redefining, as Ron Arnold of the Center for the Defense of Free Enterprise reported in the Washington Examiner "nearly everything wet as 'waters of the United States or WOTUS – and potentially subject us all to permits and fines."

The President has made it clear that the rule of law has no importance to him and his administration and this is manifestly demonstrated by the actions of the EPA. "This abomination," says Arnold, "is equivalent to invasion by hostile troops out to seize the jurisdictions of all 50 states. WOTUS gives untrustworthy federal bureaucrats custody of every watershed, creates crushing new power to coerce all who keep America going and offers no benefit to the victimized and demoralized tax-paying public."

In response to the EPA's new power grab, more than 200 House members called on the Obama administration in May to drop its plans to expanded the EPA's jurisdiction over smaller bodies of water around the nation. A letter was sent to EPA Administrator McCarthy and Department of Army Secretary John M. McHugh (re: Army Corps of Engineers) asking that the proposal be withdrawn.

"Under this plan, there'd be no body of water in America – including mud puddles and canals – that wouldn't be at risk from job-destroying federal regulation," said Rep, Doc Hastings (R-Wash), chairman of the House Natural Resources Committee. "This dramatic expansion of federal government control will directly impact the livelihoods and viability of farmers and small businesses in rural America."

Nearly thirty major trade associations have joined together to create the Waters Advocacy Coalition. They represent the nation's construction, manufacturing, housing, real estate, mining, agricultural and energy sectors. The coalition supports S. 2245, "Preserve the Waters of the U.S. Act" which would prevent the EPA and Corps of Engineers from issuing their "Final Guidance on Identifying Waters Protected by the Clean Water Act."

What has this nation come to if the Senate has to try to pass an act intended to prevent the EPA from extending control over the nation's waters beyond the Clean Waters Act that identifies such control as limited to "navigable waters"? You can't navigate a water ditch or a puddle!

There are acts that limit agencies such as the EPA from going beyond their designated powers. They are the Regulatory Flexibility Act and the Small Business Regulatory Enforcement Fairness Act. The coalition says that the EPA and Corps "should not be allowed to use guidance to implement the largest expansion of Clean Water Act authority since it was enacted. Only Congress has the authority to make such a sweeping change."

In two Supreme Court decisions, one in 2001 and another in 2006, rejected regulation of "isolated waters" by the EPA.

It does not matter to the EPA or the Obama administration what the Supreme Court has ruled Congress has enacted in the Clean Water Act, nor the Clean Air Act.

We are witnessing an EPA that is acting as a criminal enterprise and it must be stopped before it imposes so much damage on the nation that it destroys it.