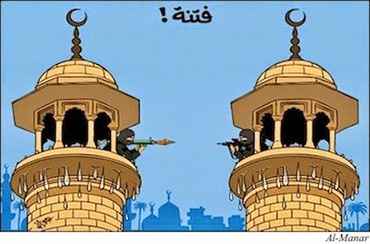 I know it's a terrible thing to say, but sometimes I miss Saddam Hussein.

Yes, he was a cruel despot. Between September 1980 and July 1988 he pursued an eight-year war against Iran that killed an estimated combined million troops on both sides and achieved nothing. He had ruled from 1979 until 2003 when George W. Bush decided to remove him by invading Iraq, believing as other nations did that he had weapons of mass destruction. Had he not posed a constant threat to neighboring nations, he might still be in charge. He was hanged in 2006, but the U.S. would stay on until our troops were withdrawn by Barack Obama in 2011.

In places where troops have remained like Germany, Japan and South Korea, a long state of peace has existed. At their invitation we have military installations in 130 nations around the world.

"The Great Big Book of Horrible Things" by Matthew White provides a brief review of Saddam's dictatorship, noting that "Iraq is an artificial country with borders that were drawn to suit the European colonial powers rather than to reflect local allegiances." He could say the same thing of Syria what owes its borders to decisions made following World War One by the British and French. 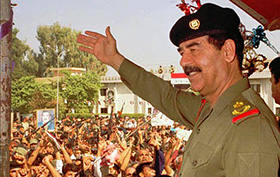 Saddam maintained control by propagandizing himself as a great hero and by killing or imprisoning anyone who disagreed. There was no end to the barbarism he imposed. The Kurds were blamed for the loss of the war with Iran and it is estimated he killed anywhere from 100,000 to 200,000 Kurds between February and September 1988; some of them with poison gas. In 1991, after an American-led coalition drove Saddam out of Kuwait, the Shiite Arabs of the southern marshes rose in revolt and some 50,000 were massacred. The Kurds were driven into the mountains of the north and American air cover helped them establish an autonomous zone.

Libya experienced a similar dictatorship by Muammar Gaddafi who took power in 1969 until overthrown during the "Arab Spring" in 2011, a revolt that has left a barely functioning nation. Like Saddam he exercised the same repression to control the nation's tribes.

Not a classic dictator like Saddam and Gaddafi, Egypt's Hosni Mubarak, a former air force general, kept tight control there from 1981 to 2001 thanks to the support of the military. He was a major U.S. ally. After Mohammed Morsi of the Muslim Brotherhood was deposed in the wake of Mubarak's removal, Abdel Fattah Al Sisi, another general was elected to the office of president.

An ongoing civil war in Syria has killed an estimated 160,000 to date and Bashar al-Assad is the son of its previous dictator, Hafiz, who had seized power in 1970 and was elected president a year later, never to relinquish the office until he died in 2000. Al-Assad presently controls about forty percent of the nation, supported by his tribe, the Alawites and military aid from Iran.

What these dictators had in common was a Middle East that did not directly challenge the United States or the West. They were more interested in selling oil. The opposition they encountered was the combination of opposition to the oppressive nature of their rule and the rise of a resurgent Islamist movement that believed their nations should embrace Sharia law.

The war to force Russia out of Afghanistan had led to the creation of al Qaeda and subsequent Islamist groups like the Taliban that divide into Sunni versus Shiite loyalties. The newest of these groups is the Islamic State in Syria and Iraq/al Sham (ISIS). The brutality of the ISIS warriors is the latest horror story, but it is a very old story as far as the Middle East is concerned.

Before we begin to feel good about ourselves as highly civilized citizens of Western civilization, we should address the fact that, in the last century alone, an estimated 200 million people died in its wars, large and small. European history is one of wars with interludes of peace. The West's technological advancement enabled wars of massive death for soldier and civilian alike. 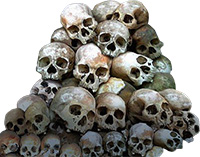 In his book, "The Most Dangerous Animal: Human Nature and the Origins of War," David Livingstone Smith, reflecting on the last century, noted that "The frequency of armed conflict across the globe and throughout history is staggering." Published in 2007, Smith said that "Looking at forty-one modern nation-states between 1800 and 1945, we find that they average 1.4 wars per generation and 18.5 years of war per generation." It gives a whole new meaning to the term "endless war."

"We are extremely dangerous animals," Smith concluded, "and the balance of evidence suggests that our taste for killing is not some sort of cultural artifact, but was bred into us over millions of years by natural and sexual selection." We are, however, "ambivalent about killing and it is impossible to understand the relationship between war and human nature without taking this into consideration."

Matthew White notes that the twentieth century has been the bloodiest on record, particularly when you include the millions killed by Hitler, Stalin and Mao, the latter two, who in addition to waging war also killed millions to establish Communism in Russia and China.

Hitler not only waged war but engaged in the genocide of Europe's Jews, killing an estimated six million and another five million gypsies, homosexuals, unionists, and others that were regarded as "enemies of the state." In the last century, the Japanese Empire mastered Western warfare and sought expansion, waging war against Russia and China, and engaging in World War Two.

Why did the world break into an unprecedented wave of killing in the last century? White narrowed it down to three reasons: (1) Because they could. (2) Because they wanted to and (3) because everybody else was doing it.

What should we do in Iraq? In my opinion we should bomb the Islamic State of Syria and Iraq to oblivion. ISIS wants to establish an Islamic caliphate from which it would extend its barbaric belief system to the world. If Saddam was still the Iraqi dictator, he would never have permitted ISIS to exist. Now we must destroy it. No troops on the ground, just American air power. We have it and we must use it before ISIS becomes an even greater threat. It's not about Iraq. It's about us.

And, yes, we are, indeed, the most dangerous animal on planet Earth. The Romans understood this, saying "Si vis pacem, para bellum." If you want peace, plan for war,"