July 9, 2014
A news item in late June caught my eye. It was in the Washington Free Beacon and the headline was "EPA spends $1.6 million on hotel for 'Environmental Justice' conference."

The event will occur in the fall and the location is the Renaissance Arlington Capital View Hotel. 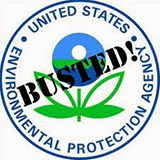 By its own description, it is located "Just one mile from the Ronald Reagan Washington National Airport, this Arlington hotel features a chic lobby and indoor swimming pool. Rooms come with 37'' HDTVs and plug-in connectivity panels." A room for one night will cost approximately $349. The EPA is booking 195 of them for 24 nights!

The environmental movement began as the conservation movement. Its early leaders were concerned about preserving our great forests and other landmarks. President Teddy Roosevelt was enthusiastic about that and used his powers to initiate national parks and reserves. These days, however, Clinton and Obama used those same powers to close off access to vast energy reserves.

So what is "environmental justice"? According to the EPA, it is "the fair treatment and meaningful involvement of all people regardless of race, color, national origin, or income with respect to the development, implementation, and enforcement of environmental laws, regulations, and policies." In other words, it is another justification for the EPA's existence.

But there's more. "It will be achieved when everyone enjoys the same degree of protection from environmental and health hazards and equal access to the decision-making process to have a healthy environment in which to live, learn, and work." Aside from the fact that you can attend the next zoning board meeting in your town or city, this is just sheer rubbish.

By what level of insanity can the EPA achieve the "same degree of protection from environmental and health hazards..."? Can it protect Midwesterners from tornadoes? The Gulf and East Coasts from hurricanes? What is its policy regarding blizzards in the winter or droughts in the summer?

None of this has anything to do with "justice."

How does the EPA propose to ensure that "everyone enjoys the same degree of protection"? Answer: It cannot. So, instead, it devotes its time to punishing a landowner who gets local permission to build a pond on his farm, but who did not also check in with the Corps of Engineers.

On July 2, the EPA put a notice in the Federal Register asserting the right to "garnish non-federal wages to collect delinquent non-tax debts own the United States without first obtaining a court order." ( Emphasis added) That is a definition of tyranny and lawlessness that defies the protections afforded by the Constitution.

Along with the global warming hoax, the term "environmental justice" comes out of the early 1980s where the liberal loonies saw it as a new social movement to ensure, according to Wikipedia, "the fair distribution of environmental benefits and burdens."

As John F. Kennedy famously said, "Life is not fair." Everyone's life depends in part on the cold reality of numerous factors over which they had or have no control, and choices they made regarding their lives.

Some might think that EPA's spending $1.6 million on luxurious hotel rooms where their "Environmental Justice" conference is held is "unfair," especially if the cost of attending is being picked up by the taxpayers.

Again, Wikipedia: "Environmental justice advocates frequently make the argument that minority populations disproportionally undertake or are subjected to environmentally hazardous activities because they have few economic alternatives and/or are not fully away of the risks involved."

The Green ideology of environmentalists blinds them to reality and the reality is that we are all born into different levels of wealth, different lifestyles, and different challenges, but we are all born in a nation where studying hard in school, hard work and a positive outlook can help us achieve as much as we aspire to. America is the home of millions of success stories.

The environment has nothing to do with social issues of poverty, race, or sex with which Greens want to associate it.

Joseph Bast, the president of The Heartland Institute, opened its ninth International Conference on Climate Change earlier this week by noting that "In Fiscal Year 2013, the U.S. federal government spent $22.5 billion on 'global warming.' It spent $200 billion over the past twenty years. By one estimate the world is spending $1 billion a DAY on projects that wouldn't exist if it weren't for global warming alarmism."

When one contemplates how such an exorbitant expenditure could have funded the building and repair of U.S. highways and bridges, how it could help equip our nation's military, or how it could help provide housing for the poor, the global warming/climate change agenda of the EPA and other U.S. agencies is an obscenity.

The EPA should be eliminated and its functions returned to the individual states, all of which have their own departments of environmental protection. At the very least, we would save billions.