Alan Caruba
The nemesis of Agenda21

July 21, 2014
Watching left-wing organizations lose their wits denouncing conservatives is always fun and particularly if you know one of their targets. In my case, that would be Tom DeWeese, the founder and president of the American Policy Center; the most expert and outspoken opponent of Agenda21 in the nation.

In the early 1990s I sent him a commentary and he published it in The DeWeese Report, a publication of the Center, and thereafter I served as the Center's communications director for a while. These days I am on its board of advisors. 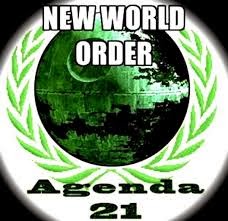 He is a patriot and he lives his love for America by devoting himself to educating people to the dangers of the United Nations Agenda 21 with its emphasis on "sustainable development" and a range of issues involving ill-conceived environmental policies and programs, the importance of private property rights, the threat of federal computer banks to individual privacy rights, as well as issues such as federal education policies in our nation's schools.

At the heart of Agenda21 is "sustainable development" which is justified by the global warming hoax that is based on reductions of carbon dioxide (CO2) and other so-called greenhouse gases. The Earth's temperature and climate is determined by the sun. The gases of its atmosphere are in flux as oceans absorb and release CO2, and clouds come and go in a constant dynamic of change. What mankind does has virtually no impact on the weather short-term or the climate long-term.

"Sustainable Development," Tom wrote in "How Global Policy Becomes Local," "is truly stunning in its magnitude to transform the world into feudal-like governance by make nature the central organizing principle for our economy and society. It is a scheme fueled by unsound science and discredited economics that can only lead modern society down the road to a new Dark Age."

"It is systematically implemented through the creation of non-elected visioning boards and planning commissions. There is no place in the Sustainable world for individual thought, private property or free enterprise. It is the exact opposite of the free society envisioned by this nation's founders."

I told you he was a patriot, didn't I? Because only patriots feel that passionately about individual freedom, property rights, free enterprise, and all those concepts that make Leftists break out in a cold sweat.

Among the left-wing groups that do not like Tom is the Southern Poverty Law Center and it devotes a lot of time denouncing him. On their website, the SPLC reveals its own agenda and why Tom is the enemy. "For 20 years now, Tom DeWeese has been on a jihad against global plans for sustainable development." The key word here is "global" as in U.N., not U.S.

Imagine my surprise as I read the SPLC post that said, "Serving on the board of DeWeese's American Policy Center (is) Alan Caruba" and noting that I blog for the Tea Party Nation. I contribute to their blog section, but I do not blog for the group. It should come as no surprise that the SPLC identifies Tea Party Nation as "a hate group." It's a pretty good description of the SPLC!

"DeWeese's outfit," says the SPLC denunciation, "is only one of several obsessed with what has become one of the main conspiracy theories of the antigovernment 'Patriot' movement." What's amusing is the backhanded way SPLC acknowledged his success. "The effect of the fear-mongering fairy tale offered up by DeWeese and other conspiracy theorists have been almost unbelievable. Not only have some counties passed resolutions opposing Agenda21" including the Republican National Committee" in 2012.

DeWeese offers advice to those who visit the APC site on how to stop Agenda21.

If "fear-mongering" includes pointing out that the Earth has been in a cooling cycle for the last seventeen years and that wind and solar power is an illusion costing far more than the value of the electricity it produces, then the SPLC has plenty to worry about.

America is fortunate to have patriots like Tom DeWeese who take its Constitution and its values so seriously that they devote their lives to protecting them.