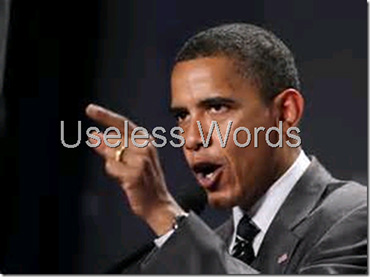 "A greeting of peace from Muslim communities in my country: assalaamu alaykum"

The speaker had what one might imagine, given his background, a better insight into Islam, Muslims, and the Middle East than others who had preceded him. He said he was seeking "a new beginning" that was "based on mutual interests and mutual respect" because his nation and those in the Middle East shared "common principles – principles of justice and progress, tolerance and dignity of all human beings."

He cited "civilization's debt to Islam" and noted that there were more than 1,200 mosques in this country. He declared that his nation would never be "at war with Islam" and he quoted from "the holy Koran" several times during his speech.

Five years later, noting the Islamic holiday of "Eid-al-Fitr" on July 28, he said "In the United States, Eid also reminds us of the many achievements and contributions of Muslim Americans to building the very fabric of our nation and strengthening the core of our democracy," but the U.S. did not elect its first Muslim-American congressman until 2007. No Muslims took part in our founding.

At one point he cited his nation's "strong bonds with Israel" calling them "unbreakable." Noting the Holocaust in which six million Jews were killed, he said that "Threatening Israel with destruction – or repeating vile stereotypes about Jews is deeply wrong" but that he deemed the situation of Palestinians "intolerable" adding that "Palestinians must abandon violence." Noting his opposition to Israeli settlements, he managed to be on both sides of the issues that divide Israel and its Palestinian opponents.

Turning his attention to Iran, he noted that "For many years, Iran has defined itself in part by its opposition to my country," citing reasons why Iranians felt justified to feel that way. He also pointed out that Iran "has played a role in acts of hostage-taking and violence" against U.S troops and civilians."

"It is clear to all concerned that when it comes to nuclear weapons, we have reached a decisive point" and that preventing "a nuclear arms race in the Middle East could lead this region and the world down a hugely dangerous path" adding that "No single nation should pick and choose which nations have nuclear weapons." Presumably he was referring to Israel which would be directly threatened, indeed destroyed, by an Iranian nuclear weapon.

While noting the "controversy about the promotion of democracy in recent years" he asserted that "No system of government can or should be imposed upon one nation by any another" despite the fact that the U.S. invaded both Afghanistan and Iraq specifically to impose new governments that would not threaten the U.S. and its interests in the Middle East.

Citing religious freedom, he said that "Islam has a proud tradition of tolerance" but noted that "Among some Muslims, there is a disturbing tendency to measure one's own faith by the rejection of another's"...and fault lines must be closed among Muslims as well, as the divisions between Sunni and Shia have led to tragic violence, particularly in Iraq."

On August 7, after ignoring Iraqi and Kurdish requests for military aid in the form of weapons to fight the Islamic State (IS) for months, in the wake of its attacks on Christians in Iraq. the potential genocide of Yezidi men, women and children driven from their homes, and an attack on Erbil where the U.S. has a consulate and Baghdad where we have an embassy, he authorized "targeted military action in Iraq."

He concluded by noting that "It is easier to start wars than to end them," but Barack Obama, speaking in Cairo on June 4, 2009, mere months after having taken office in his first term, said he believed "We have the power to make the world we seek, but only if we have the courage to make a new beginning..." 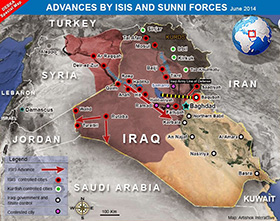 His new beginning was demonstrated by withdrawing all U.S. troops from Iraq and announcing the withdrawal from Afghanistan in 2015. The result of that action, combined with doing nothing as the Islamic State of Iraq, Syria and the Levant (ISIL) emerged from the Syrian civil war and severed the northern portion of Iraq, adding it to the portion of Syria it controls, has left a Middle East that faces a regional war with a fanatical Sunni Islamist entity.

With the benefit of hindsight, we can see that Obama lacked an understanding of Islam, history, and the Middle East. His Cairo speech became part of what came to be known as his "apology tour" as he spoke in other nations, making it clear that he thought the U.S. was the cause of many problems in the world and that he was endowed with some special capacity to make things right again at home and abroad.

The irony of the speech is that he was spoken by a man for whom no leader in the Middle East has any respect, putting the Prime Minister of Israel and the Supreme Leader of Iran on the same page together. Add to them the leaders of virtually all other nations. Obama thought he could dictate to Israel and could charm the Iranians to make concessions. He was wrong.

Obama was wrong about the Muslims that have been slaughtering Christians in the Middle East and Africa and he has been largely silent about it. The leader of the Islamic State that has captured a large swath of northern Iraq, Abu Bakral-Baghdadi, recently anointed himself "Caliph Ibrahim" and told his fellow Muslims that jihad "is the duty on Muslims that has been lost for centuries."

Obama was wrong that no nation can impose a system of government on another when the history of Islam has been its determination to impose Sharia law wherever it gained power and the history of Communism that was its imposition in Eastern Europe and elsewhere like Cuba until the collapse of the Soviet Union freed its subjugated nations, though Cuba continues to be subject to the Castro dictatorship.

These days, Iran is still playing Obama for a fool while pursuing its quest to build its own nuclear weapons. The Russian Federation has seized the Crimea from Ukraine. Latin American nations are dumping their children into an America that has no real border anymore.

Since he gave that speech in 2009, the Middle East has seen the rise of the Islamic State stretching from Syria to Iraq. Syria remains embroiled in a civil war. The Palestinians are again attacking Israel. Iran is still intent on building its own nuclear weapons. Tunisia, Egypt, and Libya have removed former dictators and chaos is the order of the day in Libya.

If you read Barack Obama's Cairo speech from start to finish, you are likely to conclude that a self-deluded fool gave it, a man determined to avoid confronting the enemies of mankind until an Islamic-inspired genocide required it.