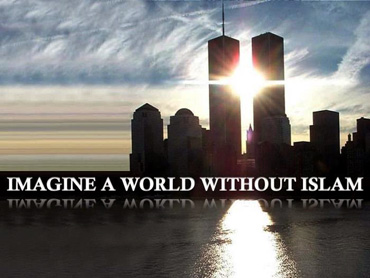 Like many Americans I advocated ending our participation in the wars in Afghanistan and Iraq. I was wrong. Being war-weary is no excuse for not realizing that we are in a very long war with the enemies of civilization and reluctant to being fully engaged in it.

On Monday, President Obama had to take a break from his Martha's Vineyard vacation to make a short televised statement that, as far as he's concerned, this is Iraq's war and, though he did not mention him by name, Iraq's former Prime Minister Nuri al-Maliki has got to get out of the way of the newly constituted Iraqi government. At this writing he's refusing to do that.

You could see how unhappy Obama was when he had to authorize U.S. forces to engage again in Iraq, this time to slow the advance of the Islamic State's (IS) forces on Erbil using air power while declaring that there would be "no boots on the ground." He only took action when it was clear that an IS genocide was in the making. Only the U.S., England and France had the capacity to drop food and water, and provide aid to the refugees.

Both the President's and his press secretary's earlier statements emphasized the need for "Iraqi forces" to take the lead in opposing the IS, but unmentioned was the way two divisions of Iraqi forces fled from combat with them and left a treasure trove of U.S. weaponry, tanks, and vehicles. Those who did not escape fast enough were taken prisoner and killed. Crucifixions and beheadings are favored by IS along with killing Christian women and children, reportedly by burying them alive.

The Iraqi government is barely functional. Its military, despite years of equipping and training by U.S. advisors, were clearly reluctant to die for Iraq. Maliki had replaced many of the seasoned officers with political appointees. If there is anything left of the Iraqi military, there is little mention of it.

The military of the Kurds, one of America's best allies in Iraq, has been begging the U.S. for military equipment, but the Obama administration waited to provide any until there was no other option. The government of Maliki – if it still is under his control – has denied the Kurds military aid and funds due them. If they survive IS, the Kurds have every right to declare themselves an independent state. Of strategic importance is an airfield that U.S. planes could use to attack IS, but Obama doesn't want to do that in a way that will destroy them.

So that makes what is occurring there our war, an American war, just as the decision to respond in Afghanistan after 9/11 was an American war and the decision to depose Saddam Hussein as Iraq's dictator was an American war. In both cases Americans learned that there was no real government to take charge if they left, so they stayed. Most Arab nations were and are run by monarchs or men who seized power. They have little experience with democracy and the divisions between Sunni and Shiites work against cooperation.

American forces stayed in Iraq until President Obama pulled them out. They are, as least in the skies above Iraq, back and there is a small contingent of "boots on the ground." We have forces in Afghanistan, but as Obama told a West Point class, he will take them out in 2015. Telling the enemy when you're going to leave is not taught to West Pointers any more than telling the enemy when and where you intend to attack. 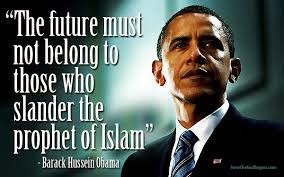 Obama's disdain for our nation's military is rivaled only by his devotion to Islam.

We have a President so lacking in any military experience or desire to use our military that he has been more than happy to let "sequestration" reduce our forces to the pre-World War Two level. That was a bad idea back then and is a worse idea today. Another bad idea is the reduction of captains and majors – some in war zones – that is being implemented. These are the leadership corps to whom non-commissioned officers respond.

His lack of regard for our nation's military contributed to the neglect of the problems that were revealed in the Veterans Administration; problems Obama was aware of as a U.S. Senator before he ran for office declaring the conflict in Iraq "a dumb war."

On August 12 The Washington Times reported "The president who spent years touting the withdrawal of all U.S. forces from Iraq suddenly has had to distance himself from that action. At the White House on Saturday morning – less than 48 hours after authorizing airstrikes against Islamist militants and humanitarian air drops to save the lives of trapped Iraqi civilians – President Obama blamed his predecessor, George W. Bush, for the absence of American troops in Iraq and rejected the assertion that he could have left a small peacekeeping force in the war-torn nation." How pathetic is that?

In the real world there are real enemies and using force to repel and destroy them is the essence of history. I doubt Obama has the character or the wisdom to engage the Islamic State with sufficient force to destroy it.

Attacking the Islamic State forces in Iraq and Syria is an act of self-defense for America in the same way the attacks on al Qaeda were and are self-defense. Better to do it in Iraq, Syria and anywhere else we must than to have to do it here.

With the anniversary of 9/11 just weeks away, it behooves us all to remember we were attacked on our homeland and a far more barbaric entity, the Islamic State, will surely attack us if we do not kill them first.