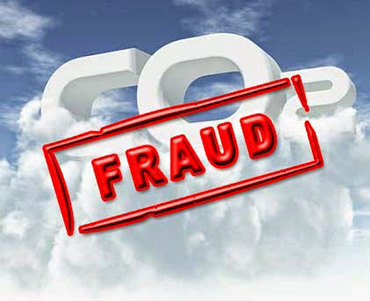 If I need my car repaired, I do not take it to a dentist. If I am seeking advice about the climate I check out what climatologists and meteorologists are saying, at least those who have not sold their souls to the global warming/climate change hoax.

Apparently Mr. Lazear is unaware that the Earth has been in a cooling cycle for seventeen years. A visit to www.climatedepot.com or a subscription to the Heartland Institute's monthly Climate & Environmental News or a copy of its policy studies, "Climate Change Reconsidered," would help him understand why he's wrong. Check out www.climatechangedispatch.com as well for the latest commentaries.

Perhaps his error should be forgiven because Mr. Lazear is an economist. He was the chairman of the President's Council of Economic Advisors (2006-09) and head of the White House Committee on the Economics of Climate Change (2007-08). Presently he is a professor at Stanford University's Graduate School of Business and a Hoover Institution fellow.

He's not a fool, but like a lot of academics who lack a background in science, he has been fooled by the legion of global warming/climate change charlatans from Al Gore through the ranks of organizations such as the United Nations Intergovernmental Panel on Climate Change that depend on maintaining the hoax.

Mr. Lazear has fallen for the greatest lie ever; the assertion that greenhouse gases, especially carbon dioxide, are warming the Earth. The hoaxers are calling the past seventeen years "a pause" in warming, but it is actually an indicator that the Earth is on the cusp of the next ice age. The period in between ice ages is calculated at 11,500 years and we are at the end of the current interglacial period.

"The Obama administration is instituting a variety of far-reaching policies to reduce carbon emissions and mitigate climate change. Are any of these capable of making a difference," asked Mr. Lazear. "Simple arithmetic suggests not." Up to this point I was very pleased with his conclusion, but then he wrote "Given this reality, we would be wise to consider strategies that complement and may be more effective than mitigation – namely, adaptation."

Humans have been adapting to the climate – the weather – since they emerged as homo sapiens about 195,000 years ago.

What Mr. Lazear wants the U.S, to do is limit "carbon emissions" but admits that "The economics also work against a major transformation in the technology of producing power, either mobile or stationary. Coal is cheap. Natural gas is becoming even cheaper."

The primary flaw in his commentary is simply that more carbon dioxide is a good thing. As the primary gas utilized by all vegetation, more means greater crop yields and healthier forests. What carbon dioxide doesn't do is "trap" heat long enough to lower the Earth's temperature. It represents a mere 0.04% of the atmosphere.

The Earth is not a greenhouse with a glass roof. The amount of heat in the atmosphere is totally dependent on the amount of heat the Sun produces. In its current cycle, it is producing less.

"Carbon math," wrote Mr. Lazear, "makes clear that without major effort and a good bit of luck, we are unlikely to control the growth of emissions enough to meet the standards that many climate scientists suggest are necessary." Those scientists are usually on college or university faculties where securing federal and other grants to study a warming that is not occurring leads to urging limits on carbon dioxide. Others are just huge liars who, like Al Gore, have been making predictions of warming that have not and are not coming true.

There's another reason why there will be more carbon dioxide in the atmosphere. It involves two of the most swiftly developing nations in the world, China and India, both of whom are building coal-fired plants to generate electricity as fast as they can. This is happening while the Environmental Protection Agency has been engaged in an all-out war on coal that has closed several hundred U.S. plants. If an especially cold winter occurs, the demand for electricity to warm homes and other facilities may overload a system that has been diminished in scope.

The United Nations Intergovernmental Panel on Climate Change is the driving force behind the global warming hoax. It is holding a climate change summit on September 23. Guess who won't be attending? Chinese president Xi Jinping, India's prime minister, Narenda Modi, and for good measure, Germany's chancellor, Angela Merkel. Others whose leaders will not be attending include Canada, Japan, and Russia.

In typical fashion, always predicting climate conditions decades from now, the United Nations, according to a report in The Guardian, "is warning of floods, storms and searing heat from Arizona to Zambia within four decades, as part of a series of imagined weather forecasts" to publicize the climate summit.

All of the forecasts made by a legion of climate charlatans in the 1980s and 1990s turned out to be WRONG.

You cannot trust the UN's World Meteorological Organization which like the IPCC is just part of a vast matrix of groups that have been so severely corrupted by the global warming/climate change hoax that one must exercise caution when hearing its forecasts. If they are for anything beyond two weeks hence, you would be wise to be dubious.

Mr. Lazear is just one of many, often with distinguished careers in other fields than meteorology or climatology, who have bought into the hoax and who declaim the need to reduce carbon dioxide. He's wrong. The others are wrong.

And you need to educate yourself to avoid being afflicted by various government policies intended to advance the hoax. To start with, do not vote for any politician who talks of global warming/climate change or uses the term "sustainability."