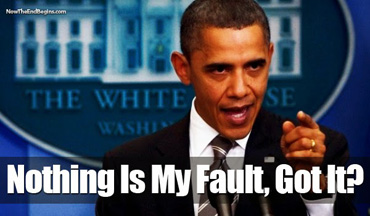 The first thing you need to keep in mind is that Syria and Iraq are now just lines on a map at this point. They don't exist as national states because the former is locked in a civil war that will replace its dictator one way or the other and the latter's alleged government is deeply divided between the usual schism of Sunni and Shiite.

More to the point, Iraq's government is led by men who are the friends and pawns of Iran. In a recent issue of the Iranian newspaper, Eternad, an Iranian analyst commented on the new Iraqi cabinet noting that its new prime minister "enjoys Iran's support and spend his formative years in Iran, and continued (the operation of the Islamic al-Dawa party) until the fall of Saddam Hussein's regime."

That fall was the result of the war waged against Saddam by President George W. Bush. The Iranian analyst noted that Iraq's new foreign minister, Dr. Ebrahim Jafari "until recently lived in Tehran in Iran, and enjoyed Iran's support in spite of his differences with Nouri al-Maleki (the former prime minister). The new Iraqi oil minister, transport minister, and minister of sport and youth were all described as "close to Iran, who either lived in Iran before, fought against the Ba'ath regime with Iran's help, or constantly traveled to Iran."

Iraq and Syria came into being when French and British diplomats created them as colonies following the end of World War I, the fall of the Ottoman Empire, and the Treaty of Versailles.

In his September 10th speech, President Obama uttered the word "war" only once and then only to say "We will not be dragged into another ground war in Iraq."

The speech, like everything he says, was a lie constructed to undue the truth he inadvertently admitted when he revealed "We have no strategy." If you do not intend to go to war, you do not need a strategy. Instead, you can pretend to the American public that the war will be fought by Iraqis and Syrians.

So far the Syrian civil war has cost that "nation" 200,000 lives and driven a million Syrians out of the country. As for the Iraqis, their military fled in the face of the ISIS forces, leaving behind the weapons we gave them. Between Iraq and Syria, ISIS now controls a landmass larger than the size of Great Britain.

In the course of the speech, Obama said he had dispatched 475 more troops to Iraq. We have an estimated 1,500 or more troops on the ground. That is barely the size of an infantry regiment, composed of two battalions of between 300 and 1,300 troops each.

Significantly, though, Obama opened the speech by reminding Americans that he had "brought home 140,000 American troops from Iraq, and drawing down our forces in Afghanistan, where our combat mission will end later this year."

President Obama has announced he intends to send up to 3,000 troops to West Africa to help combat Ebola. He can find troops to put in harm's way in Africa, but not to combat ISIS.

All he has ever wanted to do is to flee from our declared enemies whether they are al Qaeda, the Taliban, ISIS or other Islamic holy warriors. Those numbers signal his failure to follow up our sacrifices in those two nations.

Years after World War II and the Korean War, we still have combat troops in Europe, South Korea, and on bases around the world, but he is pulling out troops in the two nations where our interests are currently threatened. He called the enemy "small groups of killers." He claimed that "America is safer."

He appears to think the greatest threat of our time, the holy war being waged by fanatical Muslims, can be won with air strikes and measures that do "not involve American combat troops fighting on foreign soil."

Fighting on foreign soil is what American combat troops did throughout the last century and into this one. They helped defeat Germany and the Japanese Empire in World War II. They stopped the communist North Korean attack on the South, but had less success in the long Vietnam War. They were successful in the Gulf wars until Obama was elected.

We have a President who has displayed a lack of leadership, a lack of judgment, ignorance of history, a cowardly approach to the threats we face, and who has demonstrated over and over again that he is a liar. His administration is likely to be judged the most corrupt in the history of the nation, indifferent to the Constitution and our laws.

Proclaiming that he "could not be prouder of our men and women in uniform," this is a President who has engaged in dramatically reducing the size of our military to pre-World War II levels. After a two-star general, Major General Harold J. Green, was killed in Afghanistan in April not one single member of the White House attended his funeral. Obama was playing golf.

America must survive a man who many have come to believe is "the worst President" in our history. An essential stop toward that will be to defeat as many Democratic Party incumbents and candidates for office in the November 4 midterm elections. Americans – patriots – can do no less at this point.