Alan Caruba
Making it easy to predict the next financial crisis 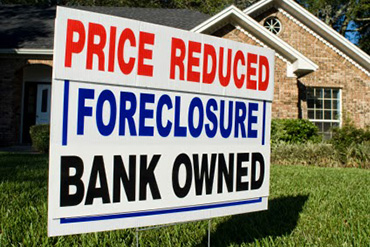 It is a cliché, but true, that history repeats itself. This is largely due to the failure of each new generation to learn anything from the past as well as the human tendency toward the bad habits of greed and power-seeking. Only the names and faces change.

That is why the next financial crisis is entirely predictable.

On October 23, The Wall Street Journal had an article, "Relaxed Mortgage-Lending Rules Clear Final Hurdle." The financial crisis in 2008 was the direct result of relaxed mortgage-lending rules. Indeed, it was the result of government pressure on banks to make "sub-prime" loans to people who any bank might sensibly conclude could not replay them. Those loans, in turn, were sold to Fannie Mae and Freddie Mac, two government-sponsored enterprises, who then bundled and sold them as mortgage-backed assets.

As Wikipedia notes, the Federal National Mortgage Association, commonly known as Fannie Mae, was founded in 1938 during the Great Depression to expand the secondary mortgage market by securitizing mortgages by issuing mortgage-backed securities, allowing lenders to reinvest their assets into more lending. In 1970 the Federal Home Loan Mortgage Corporation, whose nickname is Freddie Mac, was created for the same reason. Both are overseen by the Federal Housing Finance Authority. Neither issues mortgages. As noted, they buy them from banks, bundle them as securities, and resell them.

The Wall Street Journal article reported that "Three U.S. agencies signed off on relaxed mortgage-lending rules, helping complete a long-stalled provision of the 2010 Dodd-Frank financial-overhaul law." Two commissioners of the Securities and Exchange Commission "warned the rules would do little to prevent a return to the kind of lax mortgage underwriting that fueled the financial crisis."

The Economist also took note, saying "When politicians bashed Wall Street for its reckless mortgage lending in the wake of the subprime crisis, bankers retorted that it was the politicians' enthusiasm for expanding home ownership, even if it meant small deposits and low credit standards, that had really fomented the disaster." Suffice to say there is plenty of blame to spread around, but the banks had to play by the rules the government had put in place.

In the wake of the financial crisis "many banks have stopped lending to riskier borrowers" but the new rules simply recreate the conditions that led to it, although "the rules only affect the tiny market for securities issued without federal backing, less than 2% of the $1.58 trillion in mortgage securities issue in 2013..."

The rule changes are being hailed as an example of the how great the "reform" implemented after the financial crisis was in the form of the Financial Stability Oversight Council and Orderly Liquidation Authority, otherwise known as the Dodd-Frank Act.

Suffice to say it is a regulatory nightmare of several thousand pages of rules, often quite vague, that are still being interpreted. That said, its purpose, to prevent predatory mortgage lending, improve the clarity of mortgage paperwork for consumers, and reduce incentives for mortgage brokers to push home buyers into more expensive loans was needed. It also changed the way credit card companies and other consumer lenders had to disclose their terms to consumers.

All this is largely due to the progressive notion that everyone, no matter how little they earn, should be able to purchase a home. In reality, those at the low end of the economic ladder should not be encouraged or seduced into taking on such debt. When they do and the economy goes south, leaving them unemployed, they just walk away from the debt.

Why should the rest of us – taxpayers – bail out the mortgage sector as we did in 2008 with huge loans to the banks and insurance companies that had purchased mortgage-based securities? The government had to step in with the complete government takeover of Freddie Mac and Fannie Mae. We got stuck with the bill.

It also drove up our national debt, leading to the first reduction in the nation's credit rating in its history.

There is already talk on Capitol Hill that, should Republicans take control of the Senate and retain it in the House, they are likely, as Reuters reported, "to target the Consumer Financial Protection Bureau and capital requirements on insurance companies." To put it another way, the Republicans are the adults in Congress while the Democrats, liberal to the core, will never admit we are being set up for another financial crisis.