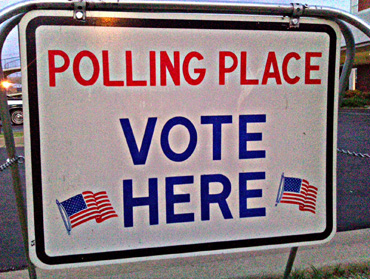 Every election is "the most important" for the simple reason that it has the potential of making our lives better or worse.

What makes elections scary is that votes are cast by people who often have paid little attention to the events, issues, policies or the candidates involved. Casting a vote requires knowing something about the times in which one lives and the persons promising to make them better. 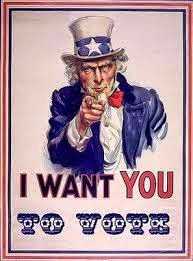 "In my many years I have come to a conclusion that one useless man is a shame, two is a law firm, and three or more is a congress." That's John Adams, our second President, a Founding Father, and though I suspect he was joking, I also suspect he was half serious.

It is our nature to never be satisfied with whomever we elect to high office. A nation is very fortunate to have someone come along to truly demonstrate a vision and leadership. It doesn't happen that often.

The political pundit, Larry J. Sabato, said, "Every election is determined by the people who show up." He is about to be proven right again. The reason Barack Obama was reelected was that Republicans stayed home. If you recall, it was a close election.

It has brought us to Tuesday's midterms and they are likely to demonstrate that it has taken six years of Obama for his incompetence, his far Left ideology, and his lies to have finally penetrated the skulls of those who thought it was a great idea to elect a black President no matter who he was. These idiots will replace that thought with how great it would be to elect the first woman President whether she is qualified or not.

Too many people think there is no real difference between the candidates and the parties they represent. We never seem to learn how wrong that is. Jarod Kintz, writing in "99 Cents for Some Nonsense," said "Voting for the lesser of two evils is still voting for evil. Next time, go all out and write in Lucifer on the ballot." Candidates and the policies they support do matter. Not voting is to concede victory to those who you don't support.

As Peggy Noonan, a former aide to Ronald Reagan, author of seven books, and columnist for The Wall Street Journal reminds us, "Our political leaders will know our priorities only if we tell them, again and again, and if those priorities show up in the polls."

The priorities in the midterm elections come down to the economy, national security, healthcare, and a list of others on which "climate change" does not even appear. The cliché is that "people vote their wallets," but that is exactly what they should do. A President and/or administration that does not govern in a way that generates more economic growth and jobs is doing harm to the nation.

The Democrats have failed to generate a healthy economy, preferring one entirely dependent on the federal government. President Obama's assertion that "you did not build that" to the nation's business owners and managers, along with Hillary Clinton's notion that jobs are not created by corporations and businesses should tell everybody just how absurd and insulting the views of these two Democrat "leaders" are.

That is why the midterm elections will be about which party offers candidates who will take steps to save the nation from the Great Recession that has been around since 2008.

For anyone paying any attention it is clear that the Democratic Party has swung heavily toward a purely socialistic mode of politics. Increasing the role of the federal government has given us Obamacare which is currently destroying what was the finest healthcare system in the world. Earlier administrations – yes, some of them Republican – have extended the federal government's control over education, energy, housing, and virtually all other aspects of the nation's economy.

The result has been bureaucracies that do what all bureaucracies do, act arrogantly and with indifference. Examples over the past six years include the Internal Revenue Service, the Veterans Administration, the Justice Department, and, most dangerously, the Environmental Protection Agency whose torrent of regulations, most based on false science, are crippling economic growth and property rights.

Abraham Lincoln said, "Elections belong to the people. It's their decision. If they decide to turn their back on the fire and burn their behinds, then they will just have to sit on their blisters."

He was referring, of course, to the Civil War and the voters chose to put him in office and keep him there for a second term. He was a Republican, a party that came into being for its opposition to slavery. The Democratic Party had sought to expand it and, after the war, sought to disenfranchise freed slaves. It is astonishing that the Democratic Party proclaims itself the one with which African Americans should identify and support. The midterms, however, may reveal that its appeal has diminished.

In a similar fashion various groups, demographic by race, ethnicity, age and other factors will be analyzed for the way they voted, but what matters though, is that they showed up to VOTE.