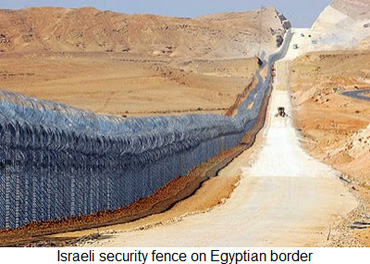 Let's just say it up front and avoid tip-toeing around with politically correct language. President Obama and his administration are the most anti-Israel to have held office and likely the most anti-Semitic. Forget about his public declarations of friendship and support for Israel. For six years Obama has demonstrated his antipathy toward the only democratic nation in the Middle East, the Jewish state.

That's why an anonymous administration official felt free to call Israel's Prime Minister, Benjamin Netanyahu, a "chickenshit" and "a coward" while being interviewed by Jeffrey Goldberg for an article in The Atlantic.

He or she had to know the comment would go public. Netanyahu was accused of only being interested in his political survival and afraid to launch an attack on Iran to slow or end its nuclear armament program. In an effort to comply with U.S. demands, Netanyahu actually had put himself at political risk at home. None of Obama's demands were rewarded or acknowledged and, for now, those days are over.

It is, of course, the Obama administration that has led the most servile negotiations to date with Iran, granting all manner of concessions in order to get an agreement that would put that terror-sponsoring nation within three or four months of having a nuclear warhead for its missiles or bomb for its aircraft.

Speaking to the Israeli Knesset, Netanyahu responded to the insulting name-calling saying, "I am under attack simply because I am defending the State of Israel. If I didn't stand firm on our national interests, I would not be under attack." And then, typical of the diplomatic dance, he said, "I respect and cherish the deep connection with the United States." If he was speaking in an historic context, he is right, but the six years of Obama's terms in office have been a succession of insults and demands that would make Israel vulnerable to the constant presence of its enemies, Hamas in Gaza and Hezbollah in Lebanon, two terror organizations that are proxies for their sponsor, Iran. During the recent military operations to end months of continued rocketing from Gaza, the U.S. repeatedly called on Israel to stop. When it was over, countless tunnels whose sole purpose was for Palestinian terrorists to attack Israelis were found.

Tunnels have also been a problem for Egypt and they are the ones that run from the Sinai area into Gaza. Following the Camp David Accords in 1979, Egypt and Israel signed a peace treaty. Until then no Middle East Arab nation had any intention of acknowledging Israel's sovereignty. The treaty has held firm since then, but the new Egyptian leadership came to power after the people demanded that the Muslim Brotherhood be removed from office. It was; first by military coup and then by an election. It is the same Muslim Brotherhood some of whose members have been part of the Obama administration.

For Egypt, the Sinai has been the scene of dozens of attacks against its military and security forces since the ouster of former president Hosni Mubarak in February 2011 during the so-called "Arab spring." As Oren Kessler, the Foundation for Defense of Democracies Deputy Director for Research, recently noted, "Egypt has waged a sustained military campaign against Sinai extremists since August 2012, including air strikes and ground operations, as well as the destruction of at least 1,600 smuggling tunnels to the Hamas-run Gaza Strip."

"Despite the fact that at least 20 attacks have targeted Israel since Mubarak's ouster, the Jewish state has not engaged in military operations in Egyptian territory" but "the recent Sinai security challenges have prompted the Israelis and Egyptians to cooperate in others ways..."

A response to its own security needs led the Israelis to build a fortified fence along its Egyptian border, its longest frontier, "in a bid to control the flow of asylum seekers and economic migrants from Sub-Saharan Africa." You read that correctly, migrants want to live in Israel, perhaps knowing that, only there, are those who are Christian will not be killed for their faith and those who are Muslim will not be harassed. The fence, of course, has the added benefit of addressing the threat of Sinai terrorism.

So, Egypt ranks high among Israel's allies in very real ways. The same can be said of Saudi Arabia, the Muslim holy land where Mecca and Medina are located. As Bret Stephens, a Wall Street Journal columnist, noted in late October, "The real problem for the administration is that the Israelis – along with all the other disappointed allies – are learning how little it pays to be on Barack Obama's good side."

"Since coming to office in 2009," noted Stephens, "Israeli Prime Minister Benjamin Netanyahu has agreed, against his own inclination and over the objections of his political bases, to (1) recognize the Palestinian state, (2) enforce an unprecedented 10-month settlement freeze, (3) release scores of Palestinian prisoners held on murder charges, (4) embark on an ill-starred effort to reach a final peace deal with the Palestinians, (5) refrain from taking overt military steps against Iran, and (6) agree to every possible cease-fire during the summer's war with Hamas."

That, however, has not been enough for the Obama administration. Not only did it hold up "the delivery of munitions at the height of the Gaza war," but Secretary of State John Kerry blamed Israel for the failure to achieve peace with the Palestinians when history confirms their long resistance and refusal to any peace deal. Kerry even managed to attribute the rise of the Islamic State to the Israeli-Palestinian conflict. That is delusional and deeply offensive.

Largely unreported because the two nations want it that way, Saudi Arabia and Israel have long been in discussions of what to do if the U.S. sells out both of them by concluding a deal with Iran regarding its nuclear arms program. Such a deal would leave both nations and all others in the Middle East and beyond vulnerable to Iran.

If anyone, some years ago, had predicted that two leading Muslim nations would find ample reason to ally with Israel, they would likely have been laughed out of the room, but it is today's reality. It may make Obama angry, but the Israelis don't care. Despite the usual diplomatic charades, until Obama is out of office they and their Arab allies will act to protect themselves as he continues to betray them.