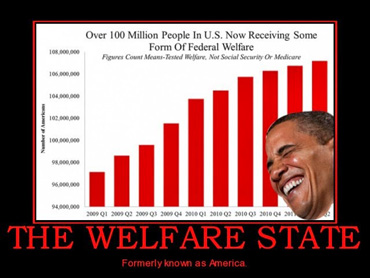 The nation united to celebrate Thanksgiving, but as anyone who follows the polls can confirm, it is sharply divided. In many ways, half of those polled see America opposite to the other half.

In early November the Associated Press reported on a survey of 20,168 voters by Edison Research. It included results from interviews as voters left a random sample of 281 precincts on Election Day, November 4. As we know, the results of the election have been interpreted as a sharp rebuke to President Obama and the Democratic Party. Power in the Senate shifted to the Republican Party that also gained more seats in the House and added to the number of governors, bringing them to 29 of the 50 states.

For conservatives that is very good news. Politically Democrats feel so endangered that one of its top voices, Sen. Chuck Schumer of New York just announced that passing ObamaCare was a big mistake, noting that the Party should have focused on the economy.

That is an extraordinary confession and one that abandons the President whose name is associated with the Affordable Care Act. The Democratic Party has been captured by the far Left, but Schumer seemed to be saying it has to move more to the center if it has any hope in the 2016 elections.

The Associated Press reported that "Fifty-four percent of those who voted for Democrats said the country is headed in the right direction, while 88 percent of Republican voters think it's on the wrong track." One has to wonder how anyone could learn that one-out-of-five Americans on Thanksgiving Day was using food stamps and conclude this reflects the right direction.

On November 7 The Washington Post reported "With 214,000 jobs added in October, the unemployment rate ticked down to 5.8 percent, the lowest level in six years, even as more workers entered the job market." The official unemployment rate is widely believed to be half of what the actual rate is nationwide after one factors in data the bureaucrats ignore or fudge.

Not surprisingly, "Nearly 9 in 10 of those who voted for Republicans think the economy is in bad shape, compared with just over half of Democratic voters." Here again, the difference is perceptions is dramatic with conservatives having a more realistic point of view, but if more than half the Democratic voters think the economy is bad, that suggests the 2016 elections may reflect the recent midterms.

In some ways the AP poll depicted a difference based on what one might deem a more "mature" take on the state of the nation as opposed to those who ignore its problems to hold a more hopeful one, even if the facts do not support that judgement. "Sixty-four percent of Republican voters, but only 30 percent of Democratic voters, think life for the next generation of Americans will be worse than life today."

The failure to embrace reality over propaganda was dramatically demonstrated by a question about climate change generated a response of "86 percent of those who backed Democrats" calling it "a serious problem," while two-thirds of Republican voters said it was not. This means that 19 years into a planetary cooling cycle and a winter that has arrived a month early this year, Democratic voters – liberals – still cling to the belief that climate change, instead of reflecting the lower radiation levels of the Sun, is caused by human activity that generates a trace gas called carbon dioxide, all 0.04% of it in the atmosphere.

In a world where every day brings news of Islamic barbarism in the Middle East and Africa, "only 6 in 10 Democratic voters said they were worried by the threat of terrorism, while "8 in 10 Republican voters" took the threat seriously.

There were other differences among the two sets of voters, but suffice to say that each group lives in its own version of America and there are major gaps in their perception of the nation and the world.

The election reflected that a large portion of the voters demonstrated they prefer a conservative approach to government. If that trend continues – and it likely will – the 2016 elections will represent a major change from the two terms of President Obama and a rejection of his domestic and foreign policies.

Until then America will remain a nation divided politically and, given our diversity, within many social groups defined by gender, race, wealth, and age. Demography, the study of population, suggests that Americans are growing older in larger numbers than other subsets. Those "old folks" may just be the deciding factor in coming elections.