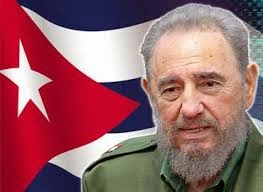 We are told we need to feel sympathy for the Cuban people who have suffered from a U.S. embargo and lack of diplomatic recognition. That ignores a long history of oppression in Cuba no matter who was in charge.

Prior to Fidel Castro, Cubans were in the grip of Flugencio Batista who overthrew the existing government in September 1933 and then dominated Cuban politics for the next 25 years until Castro's revolutionary movement took control of the capitol in January 1959.

Fifty-six years ago in 1959, I was about to graduate from the University of Miami and among my friends were young Cubans sent there to get a degree. I have often wondered which among them returned to Cuba and which, like those who could afford it, were joined by their family who fled Cuba.

The U.S. had been involved with Cuba from the end of the Spanish-American War in 1898 when Spain ceded Puerto Rico, the Philippines, and Guam for $20 million. We stayed in Cuba until it was granted independence in 1902 as the Republic of Cuba. Its first president faced an armed revolt in 1906 so we returned to briefly occupy Cuba to restore some stability, but they never really got the hand of being a democratic self-governing nation.

How much better it would have been for the Cubans if the U.S. had decided to make the island a territory like Puerto Rico. Then we could have let the island prosper without having to end up with becoming a Communist nation closely allied, first with the Soviet Union and after its collapse in 1991, with others like China and Venezuela.

The lesson we might be expected to draw from this is that Communism does not work. It is an utterly failed economic and social system that can only stay in power by jailing or executing anyone who resists. That is exactly what the brothers, Fidel and Raul Castro, have done since seizing power. One consistency of the past five decades has been the anti-America policies they have pursued.

The reason given by Obama was that U.S. policies toward Cuba "have not worked" and that it is time for a change. There is some truth in this and it should be noted that Canada has long had good relations with Cuba as have European and, of course, Latin and South American nations.

Even so, what are we to conclude from the report that Russia plans to join military drills with Cuba and North Korea that may also include Vietnam and Brazil? Russia's aggression in Ukraine has left it sanctioned and isolated, so the military drills send a message that it still has nations friendly to it, but what nations!

Cuba was caught not long ago when it attempted to ship weapons to North Korea, so we are talking about two dedicated Communist nations. Over the years, it has more than demonstrated its anti-American hostility.

Generally, there is little to be gained by exchanging embassies or relieving Cuba. Lifting our embargo and other sanctions leaves the U.S. with even less leverage, if any.

What has been largely overlooked since Obama's announcement is the fact that Cuba is still ruled by a Castro and is likely to remain so because Raul's son, Alejandro Castro Espin, a colonel in Cuba's intelligence apparatus is likely being groomed to take over after becoming a general and a member of the Communist Party Politburo, Cuba's ruling body. As noted in an article in The Atlantic, it is the Cuban military not only that plays a major role in the Politburo, it also controls at least sixty percent of the island nation's economy.

I have no doubt that reaching out to Cuba ranks just below reaching out to Iran as Obama contemplates his "legacy." Both are notorious enemies of the U.S. Nor would it surprise me if Obama would try to unilaterally shut down Guantanamo. Failing that, he will do everything he can to empty it by the time he leaves office.

Since the collapse of the Soviet Union in 1991, Cuba has had to struggle to survive economically. Its earlier behavior got it banned from the Organization of American States that was not lifted until 2009, but which did not confer full membership until it was deemed to be "in conformity with the practices, purposes, and principles of the OAS." At the time, Fidel said he was not interested in joining.

Not much has changed in terms of the enmity the Castro brothers have expressed toward the U.S. but practical considerations to keep unrest among elements of Cuba's population under control require them to ease some of the earlier control over being able to travel and likely who Cubans can do business with would improve whatever commerce will be permitted.

At this point, the only "winner" is Cuba.