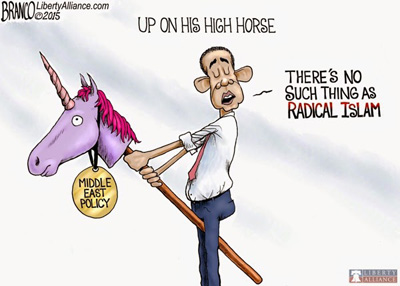 I had to laugh when I heard that the new King of Saudi Arabia, Salmon, told the White House he wasn't going to attend Thursday's photo-op get together of Arab leaders. Some lesser Saudi officials will attend. The message is clear enough, so long as Obama continues to make nice with Iran, the center of the problems in the Middle East, the Saudis and the others are going to be wary of any proposal that comes out of the White House.

As far as the Middle East is concerned, Obama seems to have no idea of the history or the dynamics that affect all the actions there. His Secretary of State, Kerry, is no better. He met with Arab officials last Friday and they told him they want a defense treaty in the event they were attacked by "external forces," something that the Congress will not approve so long as Obama is in the White House. 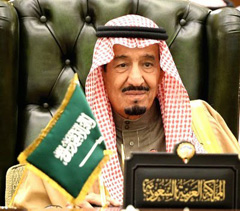 One would think that any President at this point would have concluded that the Palestinians have no intention of signing onto a peace treaty with the Israelis.

Writing in The New York Times on May 8, Jonathan Schanzer, vice president of the Foundation for Defense of Democracies, put it bluntly, "It doesn't matter what these politicians think now or have said in in the past. Peace between Israel and the Palestinians is not happening in the next two years." That's how long we all have to wait until Obama leaves office.

David P.Goldman, a Senior Fellow of the Middle East Forum, writing in Asia Times Online on May 10, spelled it out. "It is inconvenient for diplomats to say so, but the Palestinian Authority collapsed quite some time ago," noting that "President Mahmoud Abbas' term in office began in 2005 and ended six years ago, and he has not called new elections for the simple reason that Hamas – the Palestinian branch of the Egypt-based Muslim Brotherhood – would win those elections." These days the Egyptians label Hamas a terrorist organization and have taken steps to eliminate the Brotherhood. At least they know who the enemy is.

Obama has been antagonistic to Israel from before he was elected and has made little effort to hide it. Consider this, as Goldman notes, "Hamas fired over 4,000 rockets at Israel in 2014, prompting Israeli counterstrikes during the summer." Its declared intention and the reason for its existence is to eliminate the State of Israel. Why are we surprised to hear that Obama wants to take the statehood issue to the United Nations, a hotbed of anti-Semitism, and has little to say of the Palestinian Authority's assertion that it wants to drag Israel in front of the International Criminal Court for having defended itself against the attacks by Hamas!

Not only has the Saudi King sent Obama a message, but so did the Israelis when they overwhelmingly reelected Benjamin Netanyahu as their Prime Minister. "The Israelis look around the Middle East and see nothing but conflict, carnage, instability and danger," said Schanzer. "The Obama doctrine – which includes a deliberate contraction of American power in the Middle East – has undeniably made Israel less safe."

It has made the U.S. and the world less safe too.

One of the most obscene aspects of the Obama obsession with Iran is that, in return for any deal – which Iran would ignore and cheat – they are ready "to provide as much as $120 billion in sanctions relief to satisfy the narrow technical parameters of a nuclear deal, which would legitimize Iran as a threshold nuclear state. These funds," said Schanzer, "will flow to Hezbollah, Hamas, Palestinian Islamic Jihad and other Iran terror proxies dedicated to Israel's demise."

To put all this in perspective, as Goldman reminds us, "From Israel's standpoint, the Palestinian Authority was offered 95% of Judea and Samaria in return for a final peace agreement, and both times (at Camp David in 1999 under Ehud Barack and in 2008 under Ehud Olmert) the offer was rejected."

"The U.N. Security Council," said Goldman, "will punish Israel for the failure of negotiations that were meaningless to begin with, and establish a Hamas-controlled state within nine miles of the Mediterranean coast. Iran has already promised to arm West Bank Arabs, just as it armed Hezbollah and Hamas."

Israel which has enjoyed the support of the United States since it declared its independence in 1948 is now put at risk by the first administration to deliberately turn its back on it in preference for a deal with the leading terror-sponsor, Iran, in the Middle East.

You cannot make a greater mess of the mess that already exists in the Middle East, but Obama is doing his best to add to it. What else should we expect from a President who refuses to utter words like "Islamic terrorism"?