October 9, 2010
Of all the grassroots, freedom-loving organizations that have emerged in response to threats from statist, fascistic socialists, perhaps no group is more in keeping with the intent of America's founding fathers than Oath Keepers.

Oath Keepers is a national network of of currently serving military, reserves, National Guard, veterans, Peace Officers, Fire Fighters, and their supporters who promise that they will honor the oaths they have taken, and will not obey any unconstitutional order "to disarm the American people," conduct warrantless searches, "detain American citizens as 'unlawful enemy combatants,'" work to impose martial law, invade or subjugate any state, blockade American cities, put Americans in detention camps or "make war against our own people."

The following story about the state of New Hampshire snatching a new born baby because the father is a member of Oath Keepers underscores the need for the organization and makes clear that American rights and liberties are under siege.

This outrage reminds us that the hour is late if America is to be saved from the ruling elite transforming it into something that would be repugnant to our founders. Indeed, we have the Second Amendment because our founders understood that the day might come when Americans would have to defend their liberties against oppressive government. Among many such quotes from the founding fathers, Thomas Jefferson said that "Resistance to tyrants is obedience to God," and George Washington believed "a free people ought to be armed." Richard Henry Lee, a Senator in the First Congress advised that "To preserve liberty, it is essential that the whole body of people always possess arms..."

Americans are rising in defense of liberty and our priceless national patrimony. The totalitarian statists are losing, but as the following story and so many others in our news today make clear, it is their desperation that makes them most dangerous.

State snatches baby when dad accused of being 'Oath Keeper'

From WorldNetDaily
By Bob Unruh 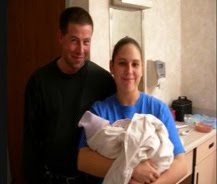 A 16-hour-old newborn was snatched from her parents by authorities in Concord, N.H., after social services workers alleged the father is a member of Oath Keepers.

The organization collects affirmations from soldiers and peace officers that they would refuse orders that violate the U.S. Constitution, in light of what they perceive as the advance of socialism in the U.S.

Irish, in an interview with WND, said officers and other social services workers ordered him to stand with his hands behind his back, frisked him and then took his daughter from him and his fiancé at Concord Hospital where the baby had been born.

Read the rest of this entry >>