August 29, 2011
Irene, the category 1 hurricane downgraded to a tropical storm, provided the country with a good glimpse of liberal, big government politicians who have long since forgotten that they live in a free country, if they ever knew it. 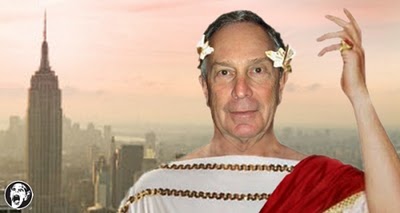 Mayor Michael Bloomberg, who has been known to hold news conferences to tell New York parents how to dress their children on cold mornings, has every right to advise New Yorkers about safety threats, and even to warn that public services may not be available in the event of a serious crisis. However, ordering people out of their homes and fining those who disregard his Stalinist dictates have no place in America. This is a Mayor who believes it is his business to control the trans-fats you consume and the amount of salt in your food, while being photographed munching on trans-fat laden Doritos and employing 3 chefs at Gracie Mansion who cost the taxpayers $245,000. 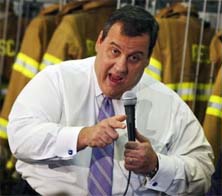 The bombastic Chris Christie looks equally foolish ordering citizens of New Jersey to "get the hell off the beaches." Who the hell are these people, anyway? They are public servants, not our Masters. Their responsibility extends to making sure public services function, the people are warned, and to coordinate the response. It was leaders like these who failed to ensure a safe infrastructure in New Orleans and then threatened to shoot those attempting to escape their government holding pens.

Let the Tea Party Movement and all of America draw a lesson from these despots. It is not the bombastic strongman who will solve America's moral and economic crisis, not the politician who thinks he, not you, knows what is best for your family, but rather those increasingly rare leaders who respect the Constitution, know the proper limits of their office, trust the good sense of the people, and above all, protect American freedom.